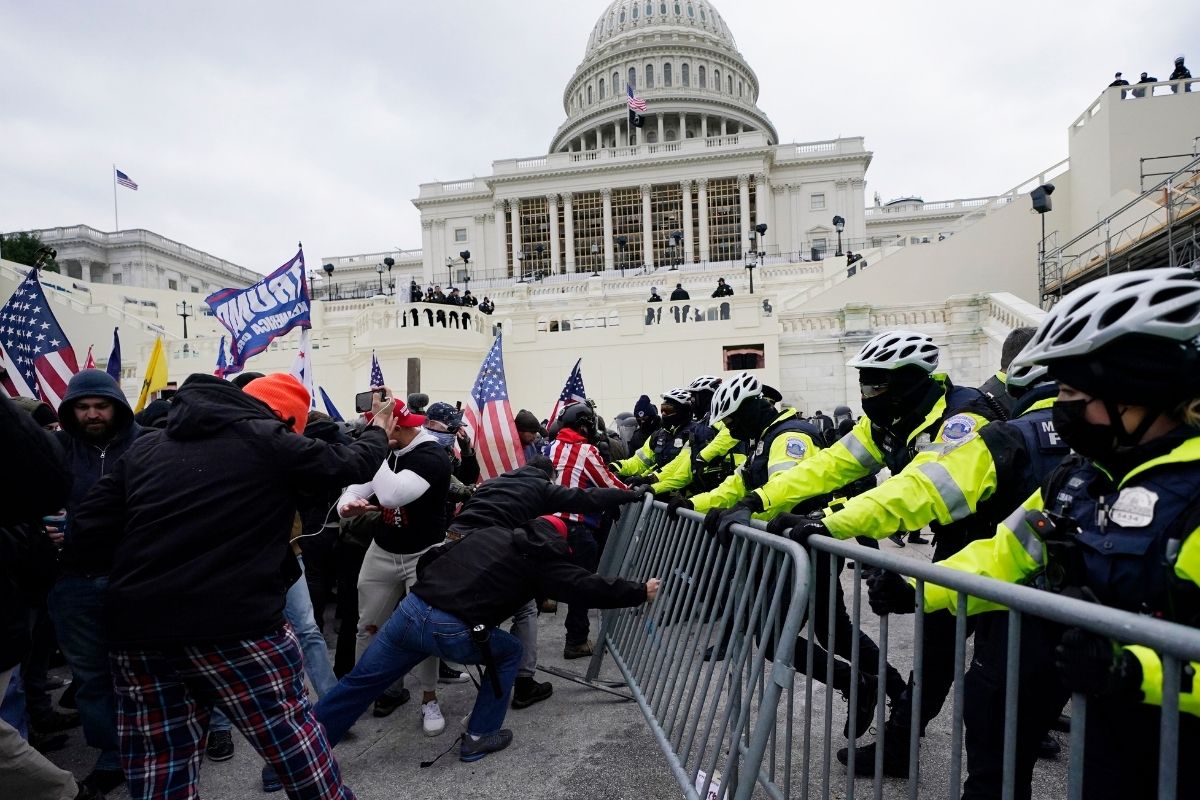 When pro-Trump rioters stormed the U.S. Capitol on January 6, 2021, five people died in the immediate aftermath. Capitol Police officer Brian D. Sicknick was beaten to death by the mob. Ashli Babbitt, an Air Force veteran, was shot and killed by U.S. Capitol Police while invading the Speaker’s Lobby. Rosanne Boyland sustained injuries, which proved fatal, after being trampled by fellow rioters. Kevin Greeson and Benjamin Phillips succumbed to a heart attack and stroke, respectively, driven by the surrounding chaos. But those five Americans were not the only victims of the siege on the U.S. Capitol in Washington D.C.

Law Enforcement During the Insurrection

When mayhem broke out at the U.S. Capitol, live coverage kept Americans watching, horrified by the events unfolding. Most people upon viewing the shocking footage, had one question: “Why is no one stopping them?” By the looks of it, on-duty Capitol Police allowed Trump supporters to take the building by force. The nearby rally in support of then-President Donald Trump should have alerted local authorities to double down on security. Instead, a violent riot was successfully incited; Trump now faces a Senate impeachment trial for his role. As new information comes to light, the extent to which the D.C. law enforcement was also responsible remains hotly debated.

The subsequent suicide of Capitol Police Officer Howard Liebengood, who was present at the scene on January 6, 2021, showcases the complex police response. Liebengood was 51 years old and had guarded the Capitol’s Senate Division since 2005. On January 11, Capitol Police union chairman Gus Papathanasiou confirmed the committed suicide.

Presumably plagued by the mass tragedy, Howard Liebengood’s death reaffirmed just how woefully ill-prepared the U.S. Capitol Police was. USCP made only 14 arrests on January 6. In some videos, it looked as if officers were actively aiding rioters into the Capitol building. (So far two Virgina officers have been suspended for this reason.) Conspiracy theories have abounded following the officers’ botched response. Unsurprisingly, U.S. Capitol Police Chief Steven Sund quickly resigned. Yogananda Pittman is now the acting chief of the Capitol Police.

Coming after the tragic news about Howard Liebengood, it was announced this week that MPD officer Jeffrey Smith had also taken his own life following the traumatic attack on the Capitol. Acting chief of the Metropolitan Police Department (MPD) Robert J. Contee III said:

“Five people lost their lives on January 6th – Capitol Police Officer Brian Sicknick and four others. And tragically, two officers who were at the Capitol on January 6th, one each from the Capitol Police and MPD, took their own lives in the aftermath of that battle. We honor the service and sacrifices of Officers Brian Sicknick, Howard Liebengood, and Jeffrey Smith, and offer condolences to all the grieving families.”

My prayers are with the family and colleagues of Officer Jeffery Smith. https://t.co/6c0mpYMtZt

Jeffrey Smith had worked in the District of Columbia for the Metropolitan Police Department for 12 years. Further details regarding his suicide are unknown, as his family could not be reached for comment. Additionally, Robert Contee said the MPD “is working to support the emotional well being of our officers” following the unprecedented insurrection.

In addition to the officers Jeffrey Smith and Howard Liebengood, a third suicide also occurred following the Capitol riot. Christopher Stanton Georgia, a Georgia resident, died of a self-inflicted gunshot would after he was arrested and charged for his participation in the assault on the government building.