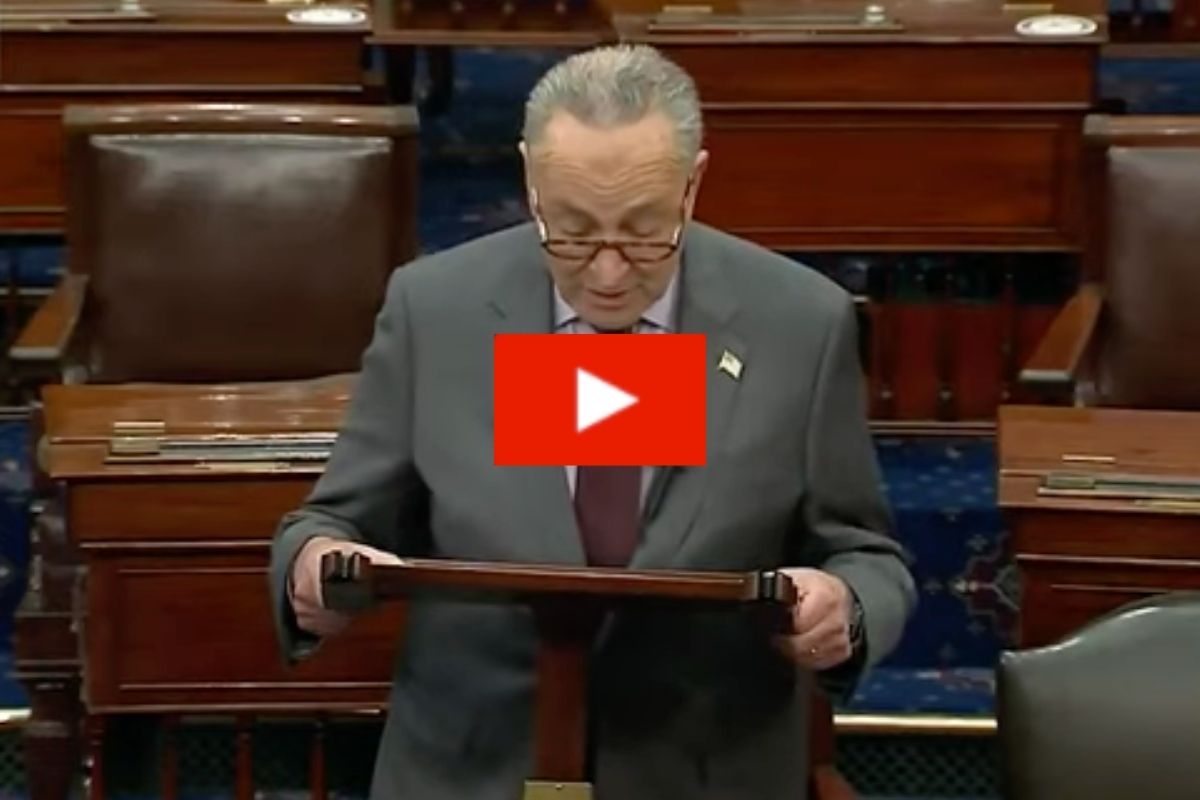 I do feel bad for politicians sometimes, especially in moments like these. Every little thing they do is subject to criticism from the public, even down to the most hilarious slip-ups. I applaud their bravery in always attempting to not let the little things get in the way of them doing their jobs, but that doesn’t mean we can’t enjoy the laughs. Such as when current Senate Majority Leader Chuck Schumer went a little “hard” on former President Donald Trump, saying that he’s responsible for the “erection.”

According to TMZ, Schumer was pressing for an impeachment trial last Friday since there’s conflict over when that trial should be held. Although former Senate Majority Leader Mitch McConnell wants to push it back a few weeks, Democrat lawmakers are fighting to have the trial as soon as possible. In trying to emphasize how important it is to have this trial, Schumer had strictly said,

“There will be a trial and when the trial ends, Senators will have to decide if they believe Donald John Trump incited the erection.”

Schumer hilariously didn’t realize what he had just said and was going to continue with his speech, when suddenly in the video, you can see him realize what words actually came out of his mouth. Immediately, he says, “insurrection” with a straight face, covering up for his little word slip up.

Luckily, no one else in the room was seen giggling or laughing, which I have to say is pretty commendable. Maybe I’m a little immature, but it would be difficult not to let out a little cackle. However, many who saw the video on social media immediately started making jokes. And how could you not?

Have you seen how excited those Proud Boys get when talking about Trump?

Look, no one’s perfect, okay? Regardless, things moved along on the Senate floor as Nancy Pelosi is set to deliver the article of impeachment against Trump on January 25, 2021. Who knows- maybe things would’ve taken a different turn in the White House if Donald Trump incited the erection instead of the insurrection. The United States could use a few more scandals anyway, am I right?

Watch: Rudy Giuliani?s Hair Dye Runs Down The Sides of His Face During Press Conference