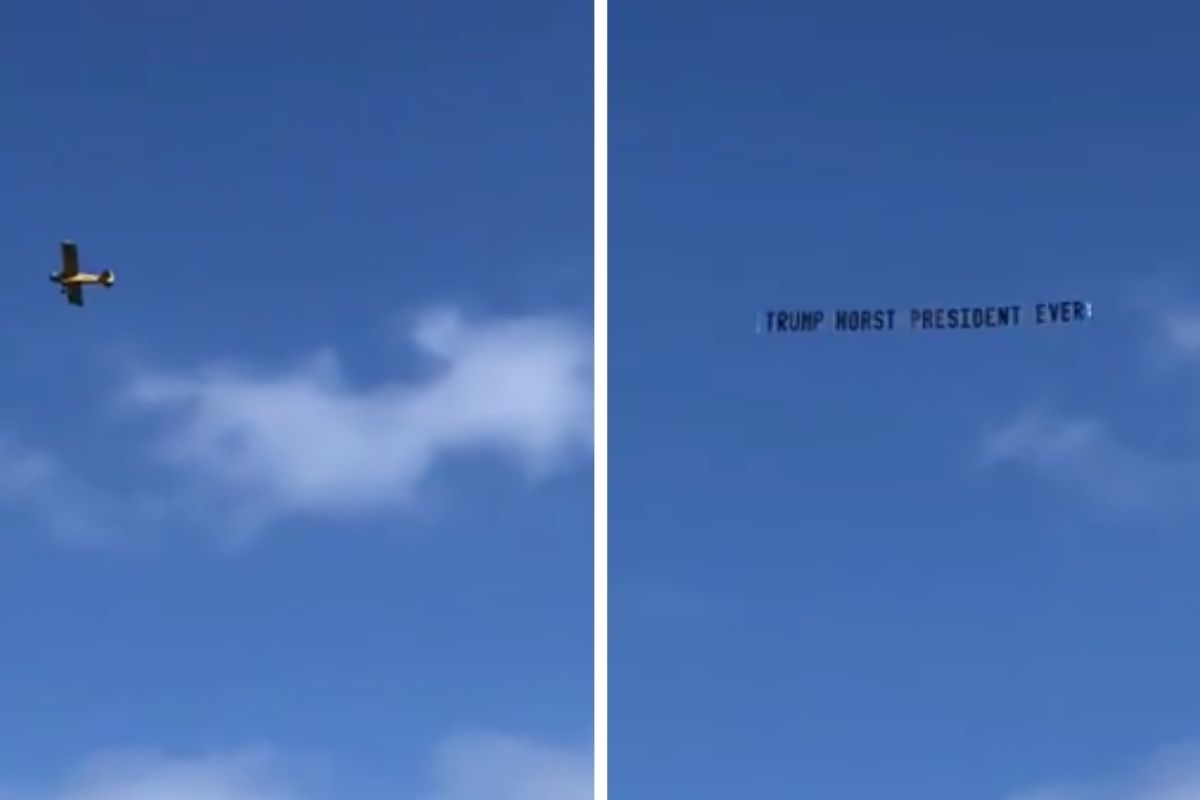 Two planes with banners insulting former President Donald Trump for his time in the White House were flown over his Florida home. One of the planes had a banner reading “Trump Worst President Ever.” Trailing behind it, another one stated, “Trump You Pathetic Loser Go Back To Moscow.” Daniel Uhlfelder, a lawyer, was the one who published the photos of the banners on social media, which are now going viral. The two airplanes were observed in the vicinity of the Mar-A-Lago Resort in which the former president is now calling his home. It is still not known who is behind the plane stunt, but it’s clear that they are not a fan of Trump or anything he stands for. The former US president’s return to Florida after his time at the White House has had several mixed responses from residents, with some worrying about having a very polarizing figure sitting around the area which could affect them.

Richard J. Steinberg, who is the real estate broker who works in Palm Beach and New York spoke to news outlets about the situation, stating, “Nobody that I’ve spoken to is looking forward to him coming back to Palm Beach. Quite honestly, I think that whether you’re a Trump supporter or not, I don’t think that there are many people that in good conscience can justify what happened on Jan. 6, and I think that most – most – people hold him at least partially responsible.”

But, although there are several people worried about the Republican’s return, there were a lot of Trump supporters coming out to welcome the former president back into the state and his new home. Several people lined up the streets leading up to Trump’s Mar-A-Lago resort with signs that read “Best President Ever” and “Welcome Home.” Trump decided to fly home as soon as his time in the White House came to a close, despite the tradition that the outgoing President of the United States attends his successor’s inauguration ceremony.

Although Trump decided not to attend, Mike Pence was in attendance as Joe Biden and Kamala Harris were sworn into office at the Capitol in Washington, DC. Prior to boarding the Air Force One and making his way back to Florida, Donald Trump addressed a crowd of news reporters and supporters making comments about America and the Coronavirus pandemic. Trump stated, “We have the greatest country in the world, we have the greatest economy in the world, and as bad as the pandemic was […] we did something that is really considered a medical miracle.”

Watch: Trump Has Officially Left The White House, Tells Crowd ‘We Will Be Back in Some Form’