A Virginia farmer wound up with a crumbling garden of giant presidential heads, and it’s eerily beautiful 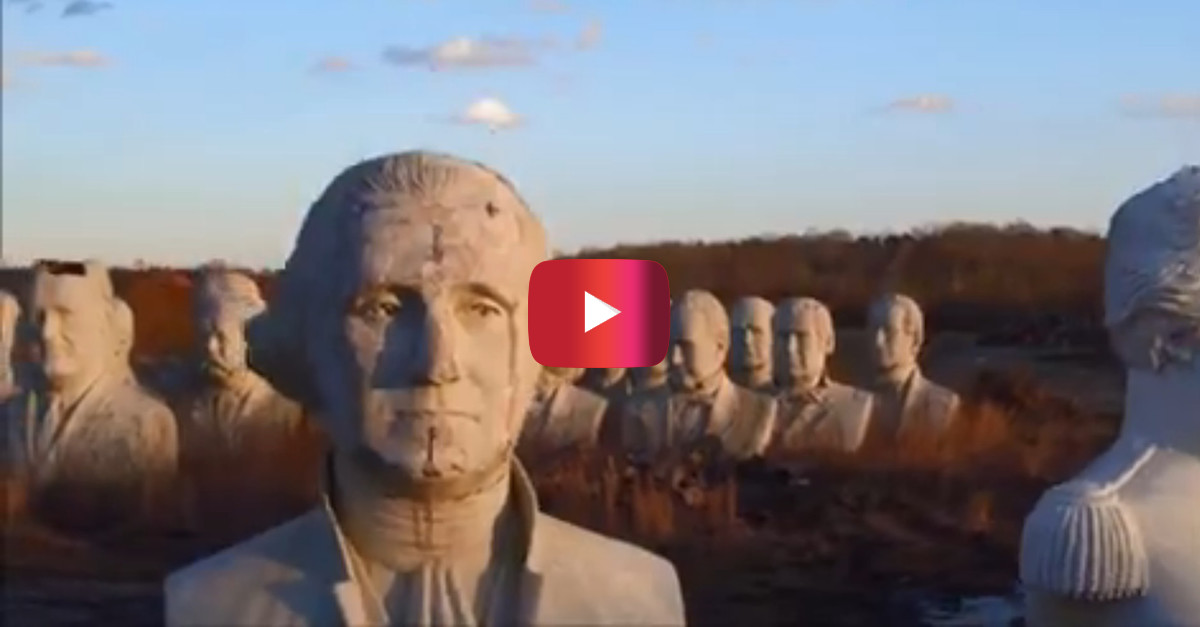 In Howard Hankins’ backyard is a collection of 40-some presidents, or at least a 20-foot high cement bust of each of them. The ghostly giants’ faces are scattered in a field outside Williamsburg, Virginia, crumbling away.

The collection was originally the work of Houston artist David Adickes for Presidential Park, an homage to the American presidents launched in 2004 and closed in 2010. The park closed down after a lack of visitors left them without finances and they couldn’t afford to create the 44th bust of President Obama.

They contacted Hankins, who runs a nearby concrete recycling business, asking him to destroy the collection. Instead Hankins decided to park them on his own farm. Some of the presidents, including Abraham Lincoln and Theodore Roosevelt, were moved to parks and museums, but most were carted off by Hankins.

To move the 11,000- to 20,000-pound replicas Hankins used a crane and was forced to break a hole in the back of the head. Hankins estimates he spent $50,000 moving the sculptures, according to BuzzFeed. They originally cost $2.5 million.

Photographers and a drone operator visited the eerie collection, creating beautiful images and video of the crumbling faces of America’s past leaders.

“I was always fascinated by the kitschy nature of the statues,” a photographer who shared the images on Instagram told CNN. “Finding them in a somewhat forlorn place, crumbling away, had obvious symbolism.” He also noticed the more famous the president the more deteriorated and weather worn they appeared.

The sculptures are not technically open to the public but Hankins hopes to do more than just let them become America’s own Easter Island. Instead he is trying to fundraise so he can restore the statues and obtain the permits to create an exhibit.

We have finished our GO FUND ME PAGE. VISIT our page and help us to reach our FIRST GOALgofundme.com/9rp3s5yk