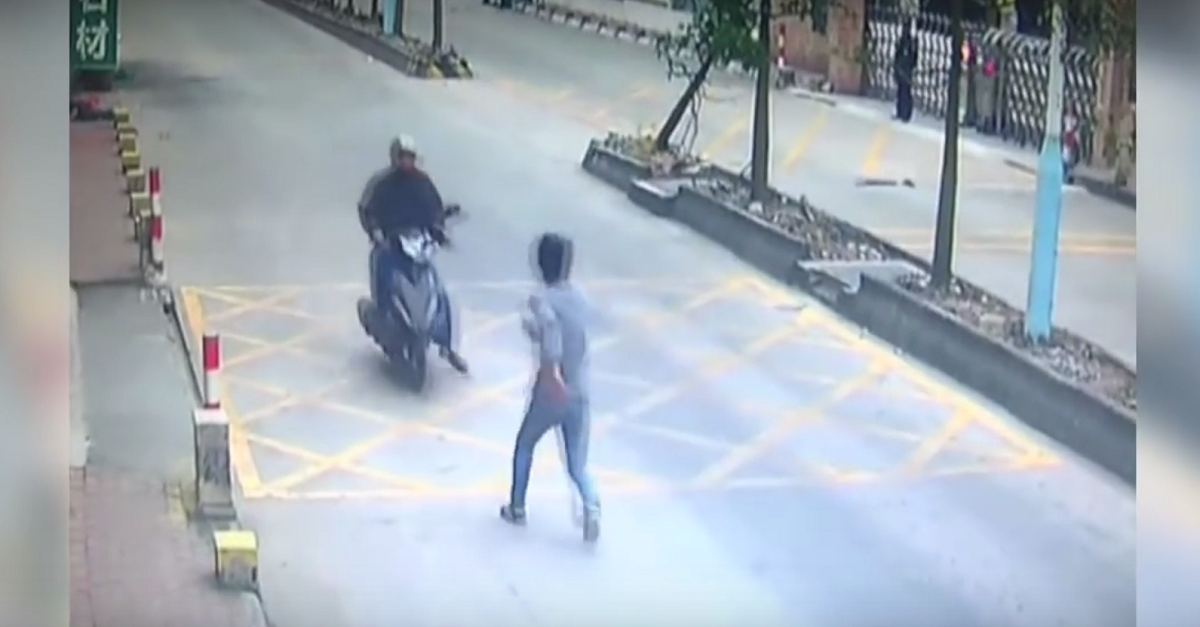 Snatch thefts are common in large parts of the world. They are what the sound like – someone rides by on a bike or moped, grabs a bag or a purse string, and floors it. It happens so fast that victims hardly realize what’s happening until it’s over.

Security cameras capture everything as the thief rolled up to a truck parked along the side of the street. In one smooth motion, the thief reaches up into the cab, grabs his target, and steps off the truck, holding it to his ear as if he were taking a call. He jumps on his moped and peels off.

RELATED: This $3,000 theft can happen to your truck in just seconds

But it’s far from over. A second security camera captures the second act: the truck driver realizes the theft, identifies the speeding moped as the culprit, and runs into the thief’s lane, staring down the speeding bike.

The thief wouldn’t stop. The truck driver stops him.

In one spectacular flying kick, the driver—whose cigarette stays in his mouth the entire time—stands up, brushes himself off, and reclaims the phone.