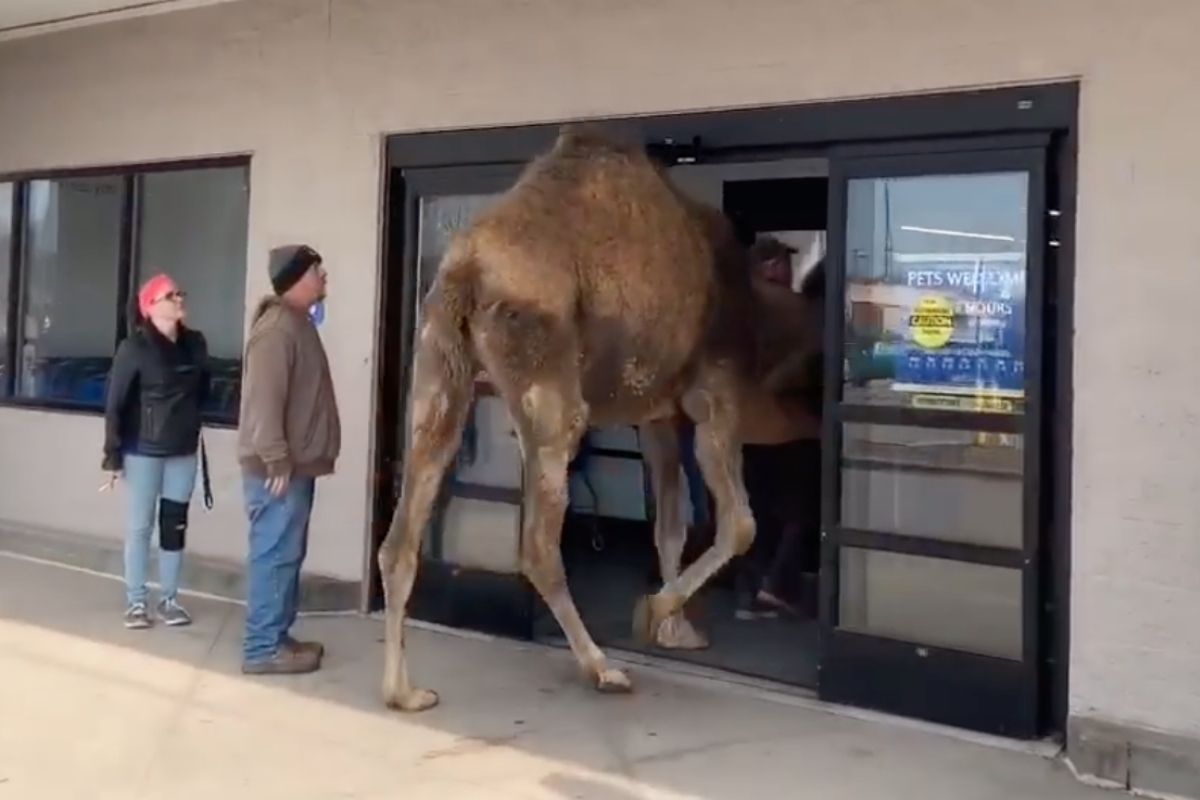 But still, there was a camel in this PetSmart. That’s not something you see every day. So there’s that. The camel, named Jeffrey (not to be confused with Geoffrey the Camel, who spent decades shamefully wearing Giraffe Face to portray the Toys ‘R Us mascot), was from Lewis Farms & Petting Zoo, based in Muskegon, Michigan. A trainer from the petting zoo needed to bring Jeffrey in to have him weighed in order to get him the proper dosages for medicine and vaccines.

Nothing to See Here, Just a Regular Day at PetSmart

A spokersperson for Lewis Farms & Petting Zoo also said the trip served to help Jeffrey get used to riding in a trailer because, presumably, suddenly and inexplicably riding at unnatural speeds terrifies camels at first.

And Jeffrey was a good camel too! He didn’t drop any camel turds or pee a gallon of hot, stinky hell and leave it for some poor PetSmart employee to clean with enough bleach to do an entire Federal prison’s laundry. He didn’t even get a big, fat camel erection in front of any of the little kids at the PetSmart. Or freak out and stomp a dog to death because its natural instinct was to assume the dog was some sort of dangerous predator. Jeffrey didn’t even spit in anyone’s mouth. It might be a bit premature to ask this but is Jeffrey the best-behaved camel in the world? He was such a good boy. His hump deserves a thousand rubs! May Jeffrey live out his days never once fearing that he’ll be turned into camel steaks and Bedouin glue.

Editors Note: This article was originally published on April 9, 2019.

Watch: Texas Man Walks Giant Steer Into Petco to Test Their “Any Pet on a Leash Welcome” Policy