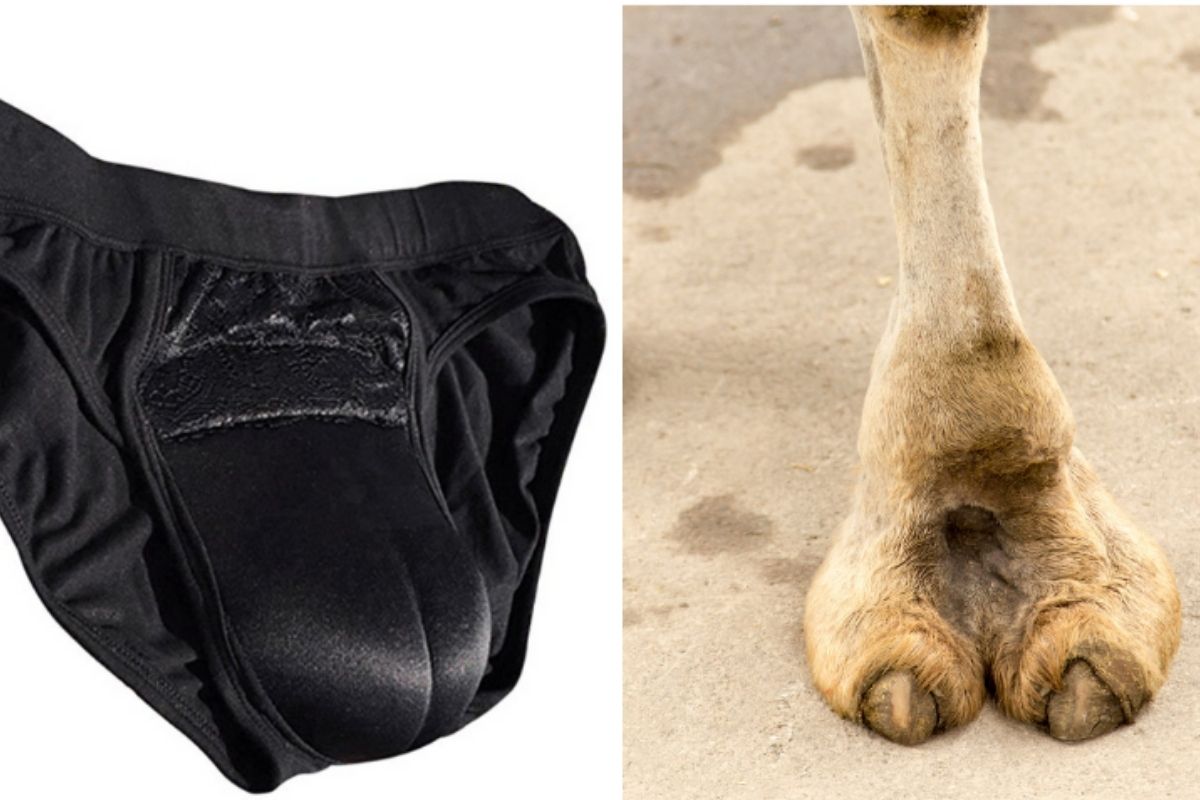 As a woman who loves to wear yoga pants and leggings, I’ve endured my fair share of unwanted camel toe. Call it a fashion faux pass, I usually don’t notice it until I’m halfway through my day, where I quickly rush home to change my pants on put on a long shirt. And I’m not alone. There are countless photos of celebrities like Lady Gaga, Chloe Grace Moretz, Miley Cyrus, and even Kelly Ripa caught with their lady parts tucked into their tight pants.

According to Urban Dictionary, camel toe is defined as “crotch cleavage, the outer lips of female genitalia visible through tight clothing.” It looks like, you guessed it, a camel’s toe. And while it’s not as shocking as a nip slip, seeing a major camel toe in the wild is always something that raises giggles and whispers from men and women alike.

Honestly, it’s something we shouldn’t ostracize. Everyone (even guys) can have the odd wardrobe malfunction. You ever see male road bikers? They can get it too (it’s called moose knuckles). So why is it that women are being made fun of for it?

Some female celebrities are embracing their lady bits. Khloe Kardashian, Kim Kardashian, Jennifer Lopez, and several influencers are pretty famous for their camel toes. Khloe Kardashian even named it Kamille because it shows up so often. At one point she was sent a camel toe concealer to try and hide it, but since then, she has embraced it. Now women pair it with sports bra’s or hoodies.

And they’re not the only women who have fallen in love with the crotch cleavage. One company in Japan is selling fake camel toe underwear and people are buying them left and right. The product, which is called “party pants” feature underwear with a thick tight fitting fabric “camel toe” sewed to the front.

The product is a big seller to men transitioning to become women and to women looking to be “more seductive”. To each their own!

This article was originally published on March 1, 2019.