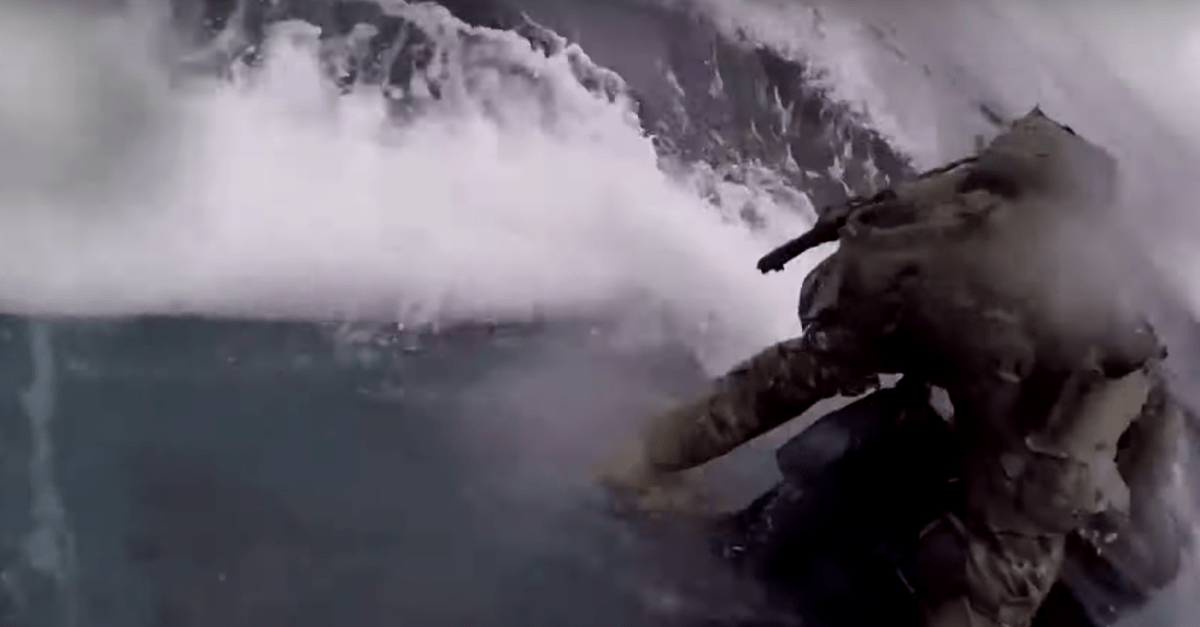 The crew of the Coast Guard cutter Munro can be seen flanking the submarine in small boats and shouting orders for the partially submerged, fast-moving vessel to stop before eventually just jumping onto the sub and banging on the hatch until someone opens it. Just check the video.

This is, again, one of the most badass arrests ever recorded. These Coast Guard guys just T.J. Hooker’d a damn submarine. Filled with potentially armed drug traffickers. In the middle of the ocean. Anyone else up for hopping onto a moving vehicle filmed with armed men where to of the outcomes are drowning or being eaten by a shark? No? Just the Coast Guard?

What can you even say about this arrest? They jumped onto that submarine like they were getting paid on commission by per pound of cocaine seized instead of what the Coast Guard actually gets paid: slightly below a living wage.

After all was said and done the Coast Guard hauled 17,000 pounds of cocaine off the cartel submarine, which was technically a semi-submersible vessel. According to Coast Guard officials, these cartel subs are extremely difficult to spot. This particular sub was spotted aircraft and relayed to the Coast Guard officials on the shore, who then deployed and executed the coolest arrest of all time. Along with the drugs the Coast Guard arrested five men on the vessel, who were turned over to the U.S. Drug Enforcement Administration for prosecution.