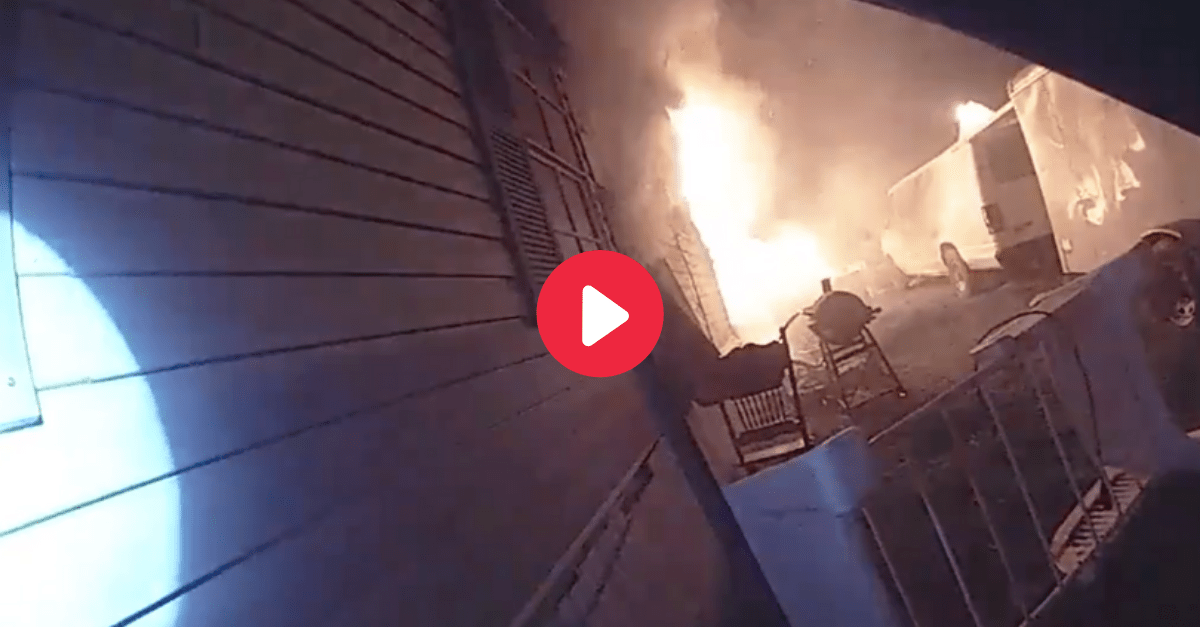 The Harris County Sheriff’s Office posted a video to their Twitter account of an officer, whom they identify as Deputy Roberto Martinez, breaking through the window of a home on the 6500 block of Zaragosa near Baytown, Texas (which is near Houston) to save a woman from the massive, intensely hot house fire that was consuming the home.

What the video shows is pretty hardcore and definitely worth a watch if you feel like appreciating law enforcement officers today. In it, you can hear the Harris County Deputy screaming for the confused and presumably frightened woman to come to the window of the trailer home. You can see Martinez break through the window of the burning trailer and call out instructions to the elderly woman all while he endures the heat from the fire blazing next to him.

According to Martinez, he had to break through the window because the front door was completely engulfed in flames. A family of five adults and two children lived in the home and all had escaped through another window except the grandmother, Eloisa Martinez. Eloisa told ABC13 News that while her family escaped she became lost in the darkness and thick smoke. Eloisa said that had Deputy Martinez not arrived when he did she probably would’ve passed out from smoke inhalation.

Yeah, that’s a nice sentiment, Deputy, but, I mean, give this guy all the medals anyway. What a badass. Sprinting with a woman in your arms while the world burns around you is… probably difficult. And by the time he gets her in his arms he’s got to be pretty much out of adrenaline. He’d already sprinted toward the fire, braved the heat to break through the window, and pulled her out. I’d need a hit of PCP to complete any one of those tasks.

The family that lived in the home lost everything in the fire, but have set up a GoFundMe to donate to.

Watch: Was It A Miracle? Devastating Fire Burns Down Church, Crosses and Bibles Found Untouched