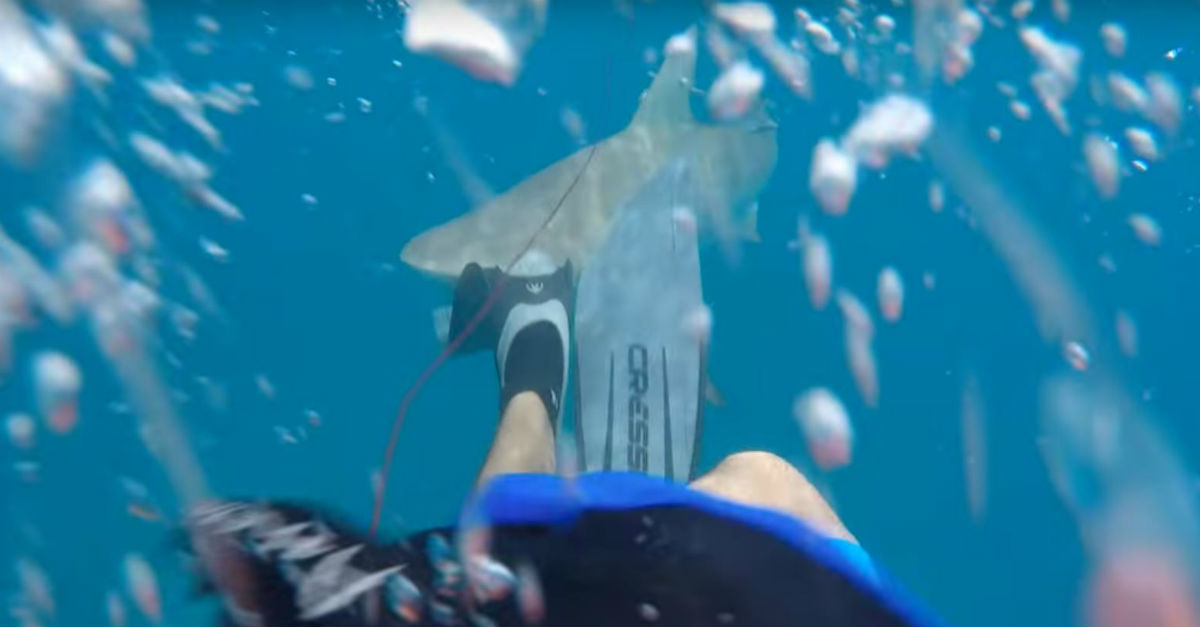 While it’s incredibly fun, spearfishing can be a very dangerous endeavor, especially if you encounter a hungry shark. One fisherman was out on June 4th near Boca Chica in the Bahamas when he encountered a reef shark that he estimated was between 7 to 8-feet-long. According to the video description, he claimed that the shark first went for his friend but quickly turned on him.

RELATED: Watch the staggering moment when a Great White shark locked its jaws on a kayak and flipped a man into the water

It seems that the shark might have been going after the fish on his line but he claimed that after he lost the fish and it swam to the bottom, the shark kept charging him. He also wrote in the description that the shark tore into his tibial artery and caused him to lose more than a liter of blood.

RELATED: Watch the scary moment a shark takes a bit out of an adult film star’s ankle during an underwater shoot

But, at the end of the day, he was happy to be alive, considering that he probably would have bled out had he not been patched up so well by a friend on-board their boat. As an added bonus, he even got his speargun back.