No, this beetle is not an alien but this timelapse video of its lifespan will definitely give you the willies 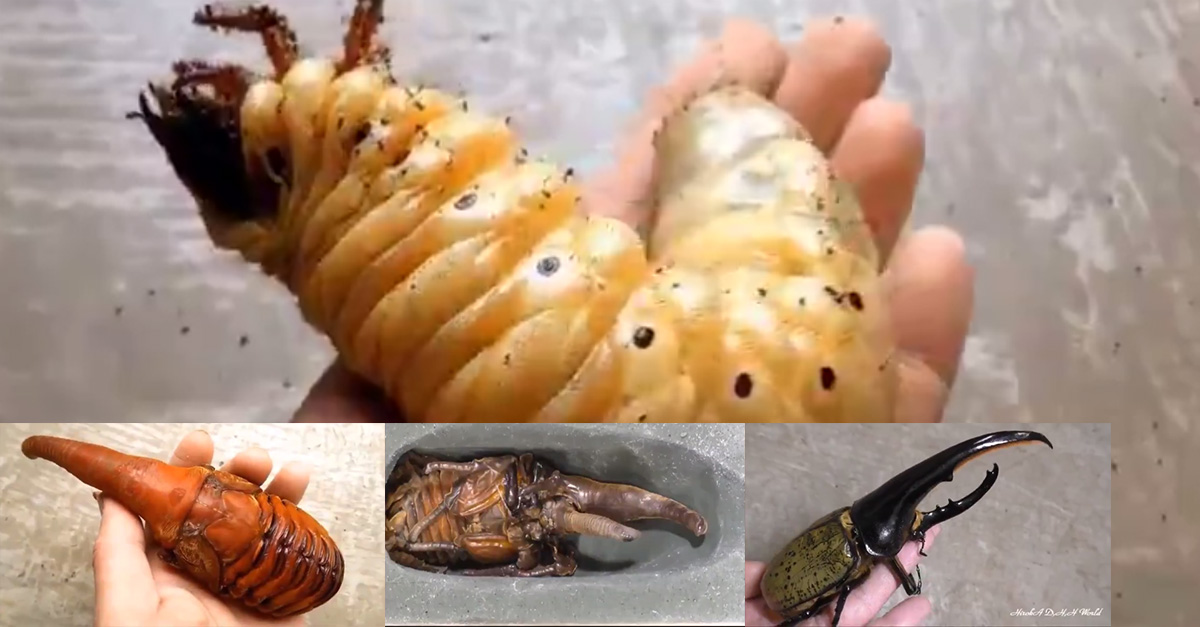 A new timelapse video of a Hercules beetle has recently appeared online and we can’t look away from this massive insect. The video features the full evolution of the creature from larvae to fully grown and wildly intimidating horned insect.

RELATED: It was a typical night diving for lobster until he came upon a monster

Thankfully, you almost certainly won’t see any Hercules beetles wandering around in your backyard. Though they look suspiciously like something you might find near a nuclear power plant, they’re only native to rainforests in South America. According to The University of Michigan Museum of Zoology, the beetle is even capable of flight, though they mostly remain on the forest floor. There are reports of these otherworldly creatures growing to over seven inches long. We actually don’t know that much about them since they live deep in the rainforests and it’s difficult to observe them in their natural habitat.

RELATED: Watching a stick insect reproduce without a mate is nothing short of weird