The Orange County Register is reporting that a man shot by police in a bizarre and dramatic traffic stop gone wrong has died.

They say police officers attempted to stop a white GMC van for a traffic violation. The 35-year-old driver complied, but barely, only pulling over after a light pursuit.

The shirtless driver refused to exit the vehicle, acquiring a gas can and lighter from inside the car. Police, unsure whether the man intended to detonate his vehicle to harm or kill officers, then devised a plan to force him from the vehicle and stop a fire were he to succeed in combining gas can and lighter.

Officers broke windows on the van with clubs and hatchets, then used a firehose to blast the man from the van, soaking the scene in the process and inhibiting a fire.

Video shows the man, who remains unnamed at this time, climbing from the driver’s side window of the van. Police move in to apprehend him, but recoil once someone shouts, “knife!” (audible on video). Police then fire two shots, killing the suspect.

He was declared dead at UC-Irvine Medical Center. The Orange County District Attorney’s Office is investigating. 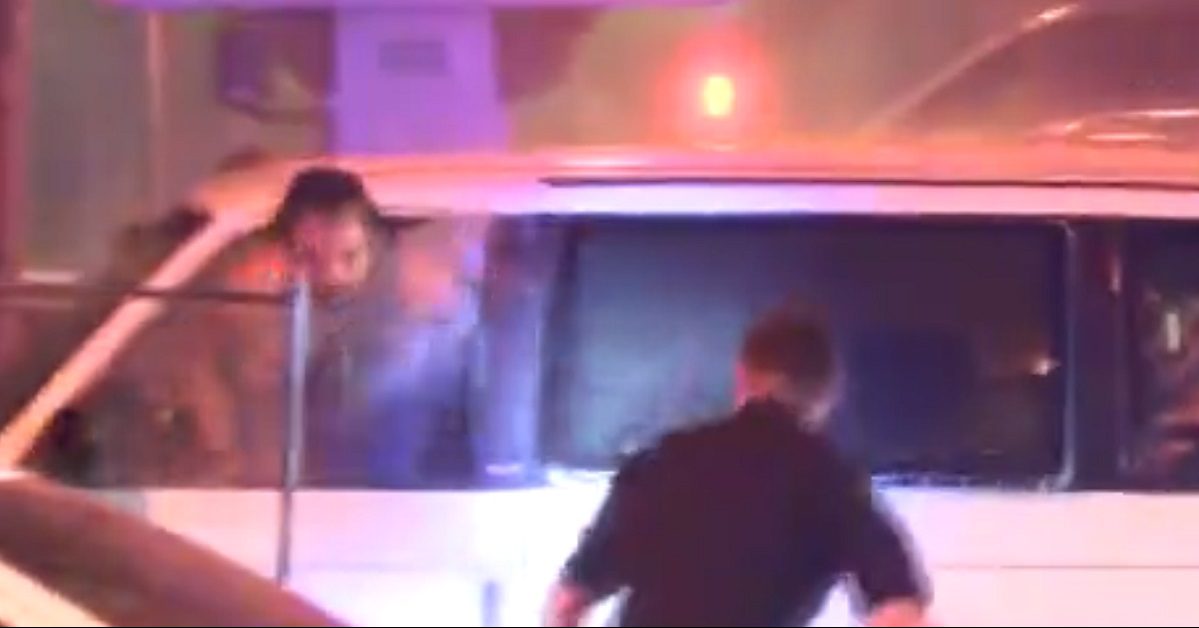