What Was Written on Derek Chauvin’s Hand While Being Convicted? 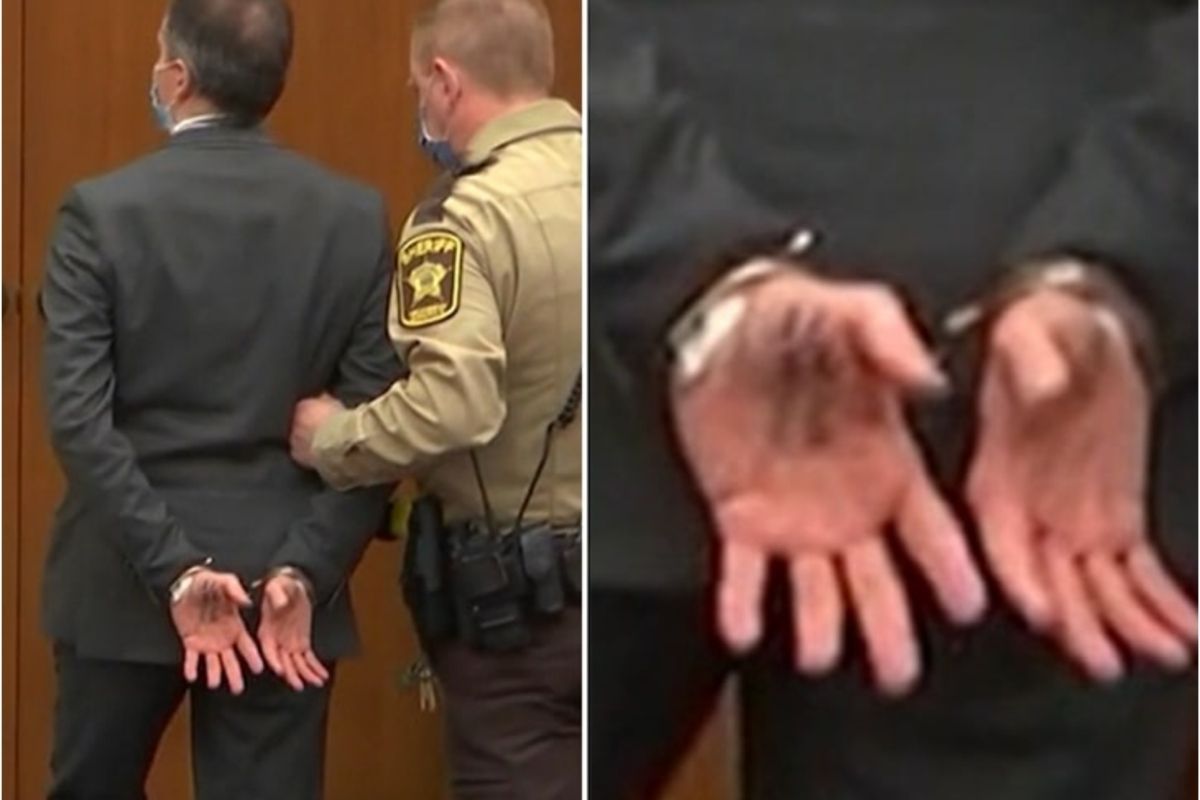 Yesterday Derek Chauvin, the police officer who killed George Floyd, was found guilty on all counts: second-degree unintentional murder, third-degree murder, and second-degree manslaughter. And as the former cop was dragged off to his imprisoned fate, many viewers noticed that there was something scribbled on his left hand.

The Trial of Derek Chauvin

The death of George Floyd last summer ignited protests around the country as Americans grappled vocally with law enforcement’s excessive use of force against black people. Floyd, a black man in Minnesota, died after former Minneapolis police officer Derek Chauvin knelt on his neck for nine minutes. And the entire incident was caught on video, then shared on social media. Floyd’s death reopened conversations about systemic racism, spearheaded by the Black Lives Matter movement (BLM).

So when the Derek Chauvin trial commenced early last month, everyone was watching. Medical experts testified to reveal, on the record, the true cause of Floyd’s death: cardiac arrhythmia caused by the pressure on Floyd’s neck. Another particularly watershed moment came with the emotional testimony of Floyd’s brother Philonise Floyd. Even the police chief of the Minneapolis Police Department took to the stand to condemn Chauvin’s violence.

Closing statements at the murder trial occurred on April 19, 2021. The jury deliberated for just one day, and yesterday announced their verdict: guilty.

After deliberating for one day, the jury found Derek Chauvin guilty on all charges in relation to the murder of George Floyd: second-degree unintentional murder, third-degree murder, and second-degree manslaughter. Considering the crime was captured on video, many people expected the Derek Chauvin verdict. However, cops are rarely charged with murder. Between 2005 and 2019, only 35 cops have been convicted of any crime stemming from an on-duty shooting — and those are normally lesser charges. During those years, just four officers were convicted of murder.

Now the national focus turns to Chauvin’s sentencing which will take place in roughly eight weeks. The maximum sentence for second-degree murder is 40 years, plus there is the 25 possible years for third-degree murder, and up 10 years for manslaughter. Since Chauvin has no prior criminal record, it seems unlikely he would face maximum jail time. However, prosecutors are pushing for tougher sentencing due to aggravating factors, including that children were present when Floyd died. (Darnella Frazier, who filmed the infamous video, was just 17 at the time.)

Following the conviction, Chauvin’s bail was revoked and he was remanded into custody by the Hennepin County Sheriff’s Office. As Chauvin was taken away, handcuffed, cameras caught footage of something scribbled on his left palm. It appeared that Derek Chauvin had written someone’s phone number there. So whose was it?

Apparently, the digits written on Chauvin’s hand were Chauvin’s lawyer’s phone number. According to TMZ, Chauvin’s lawyer, Eric Nelson, told his client to write the number there in case he was found guilty. Considering the second-degree murder charge, Nelson expected Chauvin would likely have his bail revoked and end up immediately in custody. Obviously, the two of them have a lot to discuss, namely, Chauvin’s impending sentencing.