‘Mask Up!’: Biden Urges Americans to Wear Face Masks Until at Least 2022 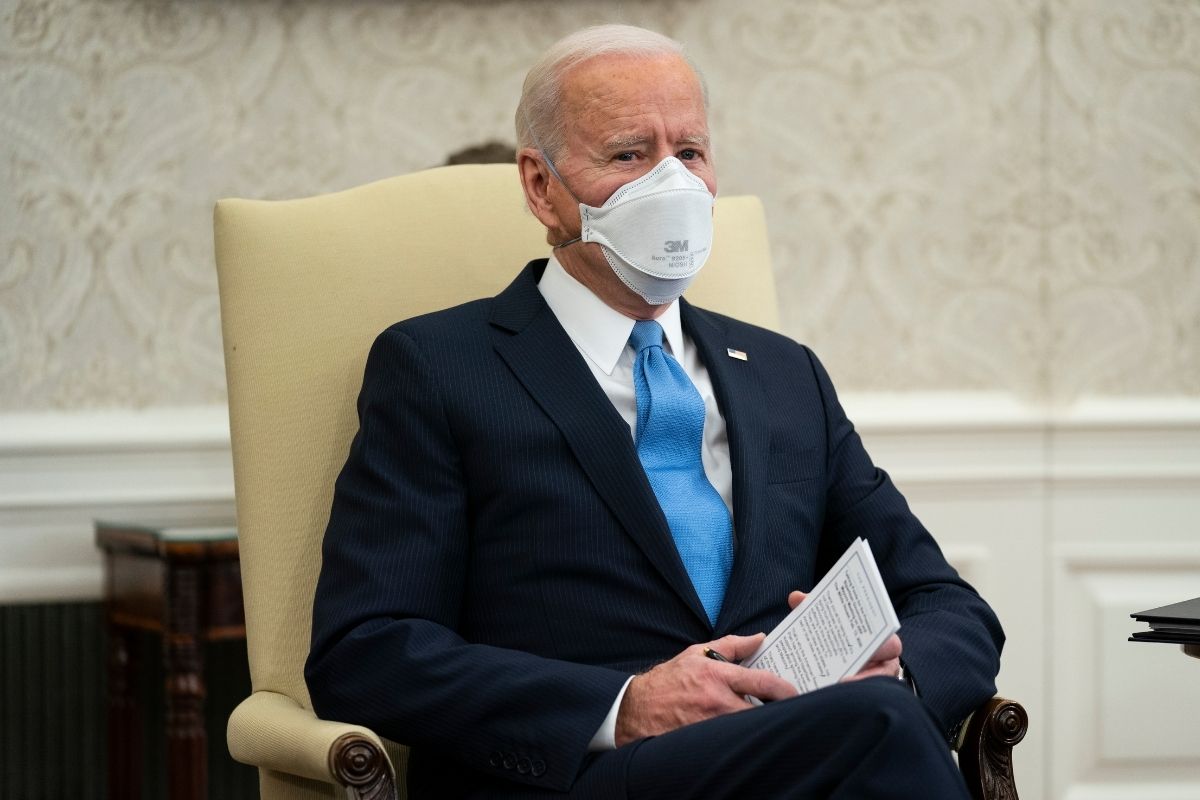 It’s not looking well for us, people. Apparently, President Joe Biden suggested during a speech at the National Institute of Health Complex in Bethesda, Maryland, that Americans may need to wear face masks through the next year. According to Fox News, “Health officials have stressed that even with effective vaccines, many of the same safety protocols will have to remain in place until there is “clear herd immunity.” Sharon Peacock, Director of the COVID-19 Genomics UK Consortium stated that there are growing concerns that the virus mutations will slow down the process.

In the conference along side Dr. Anthony Fauci, Biden stated, “I had a little discussion with my friends behind me, Dr. Collins and Dr. Fauci, about whether or not I should take my mask off, and the truth is, although we’re more than 10 feet away, I think it’s important that I not. It’s critically important the message — and I realize I’m speaking to a vast majority — at least, I hope I am — of the folks out here at NIH. You know that wearing this mask through the next year here can save lives — a significant number of lives.”

President Biden: “It’s critically important … you know that wearing this mask, through the next year here, can save lives.”

“A significant number of lives.” pic.twitter.com/PI0C6HF8AW

Biden went on to say that the United States remained in the “teeth of the pandemic” noting that January 2021 was the deadliest month that we have had. There have been over 100,0000 deaths so far, and we are “on track to cross 500,000 dead Americans this next month.” He stated that the coronavirus vaccination program he inherited from former President Donald Trump was in “much worse shape” than he expected.

Calling it a patriotic responsibility, Biden referred to the coronavirus as being in the middle of a war, calling it a patriotic responsibility not only for the ones we cared about but about other fellow Americans. He also reminded the public about social distancing, which the Centers for Disease Control and Prevention recommends. Health officials emphasised that even with effective COVID-19 vaccines, many of the current safety protocols will have to remain in force.

The Democrat continued, “Do you realize more people have died in the last 12 months — in the last 12 months than died in all four years in World War Two? All four years. That’s why I asked what the full extent of my authority as president of the United States could be. I signed an executive order that required masking on all federal property, on modes of travel like planes, trains, and buses across interstate commerce.”

The CDC stated that at least 26 million doses have been administered in Biden’s first three weeks while in office. Mass vaccination sites, which are supported by federal troops and healthcare workers, are set to open in New York, Texas, and California in coming weeks. Still, the Biden Administration is pushing Governors (both Republicans and Democrats) as well as Mayors and local health officials to order mask mandates within their jurisdiction to protect public health.

Watch: Are You 65+? You’re Probably Eligible For the COVID-19 Vaccine Today!