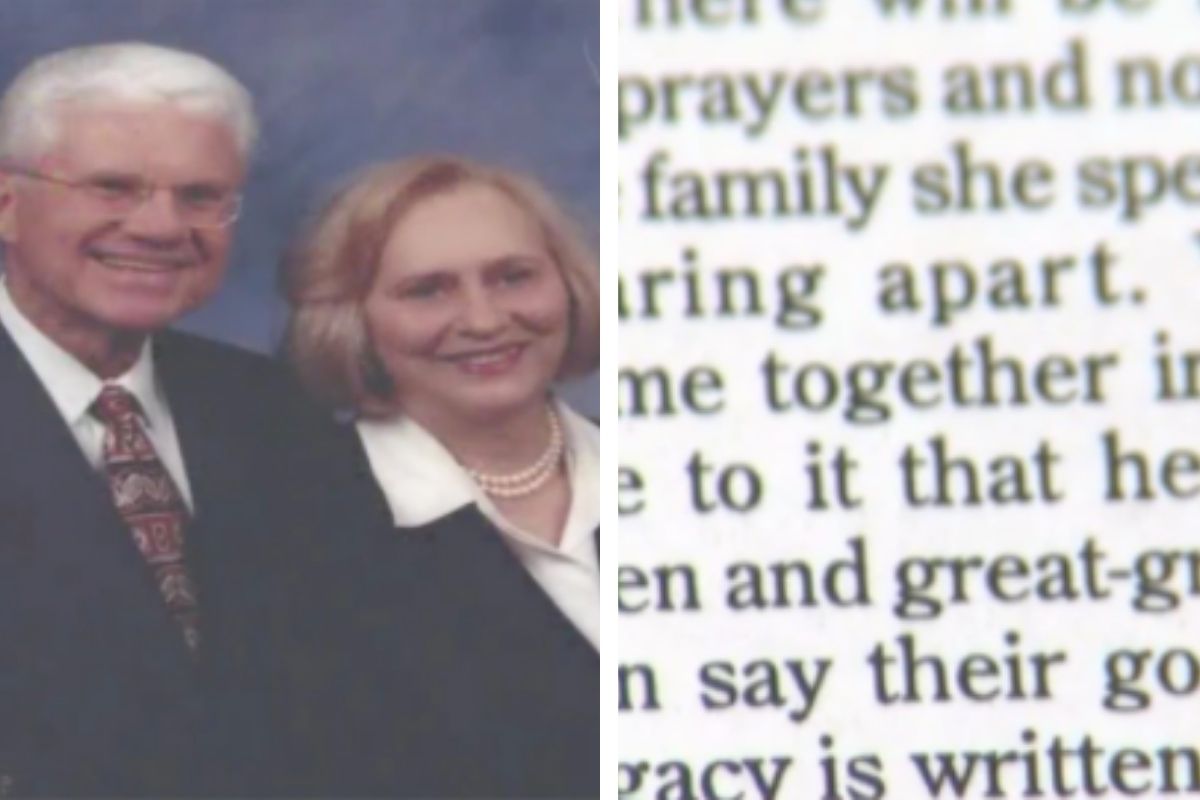 via WTVC
via WTVC

There’s brutally honest and then there’s this.

A scathing obituary that appeared in a newspaper and was almost immediately trending on social media is getting a lot of attention for the rift that it is causing in a family. Unlike most obituaries that pay tribute to the deceased, detail the funeral services, and allow mourners the chance to send condolences via a guestbook, the obituary of Cornelia June Rogers Miller was a bizarre hit piece that no one would admit to submitting for publication.

A Shocking Send Off For June Miller, Mother, Grandmother, and Great-Grandmother

HAVE YOU SEEN THIS?! This obituary was posted in the @theScoutnews over the weekend. What do you think about it? pic.twitter.com/v2JGzWOCaE

Although June Miller died in February 2017 at the age of 82, a “cautionary tale” in her memory was published four months later in the Cherokee Scout newspaper of Murphy, North Carolina. Miller reportedly lived in Florida but had a summer home in Cherokee county.

“We hope this is the beginning of a time of healing and learning to be a family again,” the obit said. “There will be no service, no prayers, and no closure for the family she spent a lifetime tearing apart.”

The obit also accused Miller of being a drug addict.

Robert Miller Denied The Obituary’s Details About His Mother

Robert Miller, June’s son, told WTVC that he believes his sisters were behind the obituary, though one of them denied it.

“She was 82 years old, I believe, so she had a variety of complications. The whole thing is just sad,” he said. “It’s unbelievable that my sisters would write this.”

“Unbelievable. [She] doesn’t even have the integrity to write something for herself?just goes out and steals something,” he said later to Channel 9 News of Chattanooga, Tennessee when the news came in that the offending obituary was found to be largely plagiarized from a 2008 obituary for a woman named Dolores Aguilar that ran in the Vallejo Times Herald of Vallejo, California. Miller reportedly hoped his mother would be ultimately remembered as a “loving, generous woman.”

One unnamed sister denied writing the obit and said, “It’s really sad that [whoever did write it doesn’t] have anything better to do.”

The New York Daily News reported that according to Cherokee Scout publisher David Brown, the obituary ran because “the family’s will overrode the editor” and the publication won’t say who submitted it. Per WFTV, an ABC affiliate, the paper later ran a second, more flattering obituary calling June a “devoted military wife and homemaker? who ?made a wicked lemon pound cake.? Let’s hope this write up in memory of June is the one her loved ones remember.

Here is a transcript of the full obit:

She resided in Gainesville, Fla., and spent summers in Murphy until she, with her husband and son, moved to High Springs, Fla.

She is survived by her husband, Robert William Miller, 86; and her son, Robert William Miller, 62, who lives at home. She also is survived by two daughters, Marilyn Miller and Suzanne Amos. Each child had three children, brighter and more attractive than the generation before them. All nine are a testimony to a life well lived. Of the nine grandchildren, there are six great-grandchildren and two in the making.

We are thankful for the life that was issued forth because of June. We wish she could have appreciated the abundance of life she was given.

Drugs were a major love in her life as June had no hobbies, made no contribution to society and rarely shared a kind word or deed in her life.

Please let June Miller?s life be a cautionary tale. Addiction and hatred are no es bueno for the living. We speak for the majority of her family when we say her presence will not be missed by many, very few tears will be shed, and there will be no lamenting over her passing.

Her family will remember June, and amongst ourselves we will remember her in our own way, which were mostly sad and troubling times throughout the years. We may have some fond memories of her, and perhaps we will think of those times, too.

But we truly believe at the end of the day all of us will really only miss what we never had ? a mother, grandmother and great-grandmother.

We hope she is finally at peace.

As for the rest of us left behind, we hope this is the beginning of a time of healing and learning to be a family again.

There will be no service, no prayers and no closure for the family she spent a lifetime tearing apart. We cannot come together in the end to see to it that her grandchildren and great-grandchildren can say their goodbyes. Her legacy is written.

Editor’s note: This article was originally published on September 15, 2017.