Do Americans Really Want Dwayne ‘The Rock’ Johnson to Run For President? 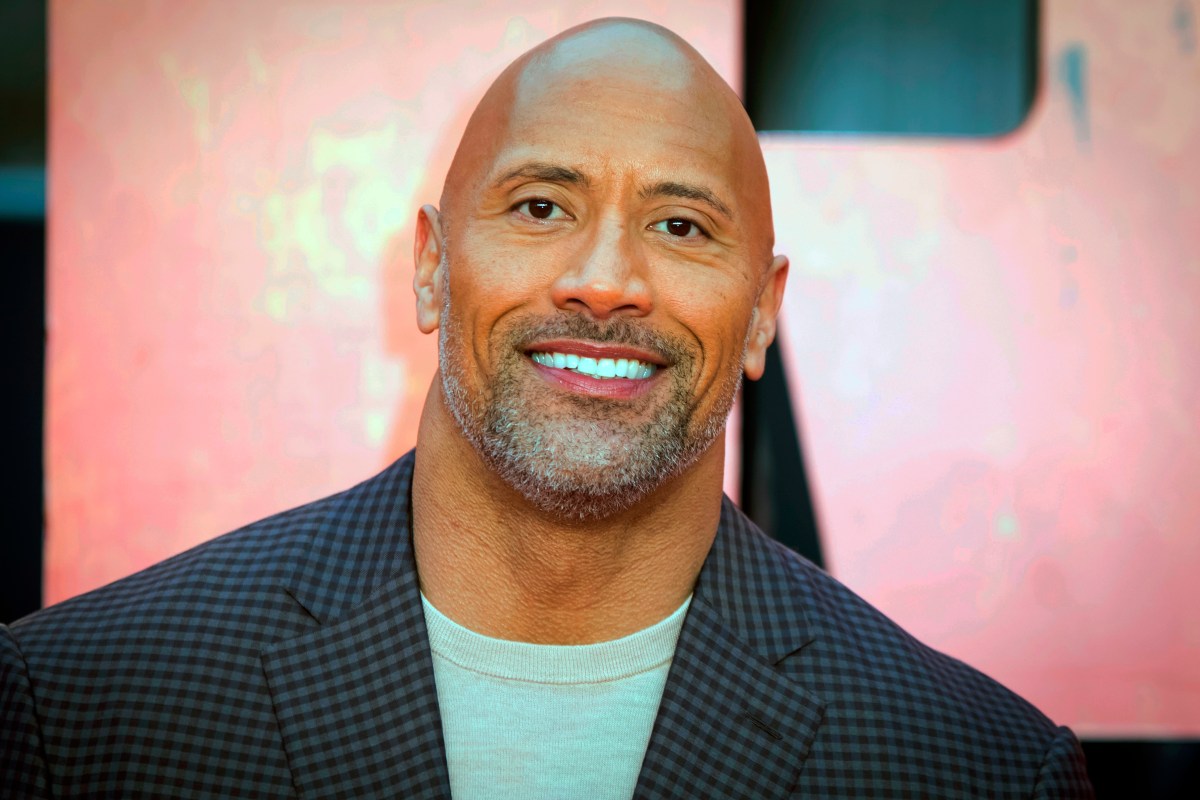 President Rock. I think that has a pretty good ring to it, don’t you? A recent poll suggests that nearly half of Americans agree that Dwayne “The Rock” Johnson should actually run for the highest office in the land… though certainly not everyone agrees. Yesterday, the shock jock Howard Stern had some choice words for The Rock, Matthew McConaughey, and any other celebs now considering a political career.

The wrestler-turned-actor-turned-household-name Dwayne “The Rock” Johnson has long teased a presidential run. In 2017, the idea was first proposed — jokingly — during his own Saturday Night Live monologue. In that comedic bit, the host also announced a potential running mate: Tom Hanks. A dynamic duo dream team to say the least. As he so hilariously puts it, digging at the presidency of Donald Trump, “In the past, I never would have considered running for president. I didn’t think I was qualified at all. But now I’m actually worried I’m too qualified.” Hanks adds that the only things Americans can agree on is pizza, and them: two universally adored public figures.

“Together, we would get 100 percent of the vote,” Hanks continues, saying he could woo senior voters. The Rock, meanwhile, would get the minority vote because — as he puts it — “everyone assumes I am what they are.” As vice president, Hanks could calmly assure the nation in crisis while The Rock boldly saves the country from a natural disaster. Cue the action theme music. Honestly though, watch the full clip (linked above) and tell me you don’t get goosebumps near the end as the stump speech takes a serious turn.

Later that year, in an interview with USA Today, Johnson elaborated on the idea of running. Referring to a 2016 Washington Post op-ed maintaining that Johnson would really stand a chance, he said:

“So I can tell you with all honesty that the consideration comes at the desire from a large amount of people who would like to see this happen. But I mean, honestly, there are so many different variables that have to come into play when you think about this. Politics is not my business. So the consideration is there. And we?ll just have to see. I?ll continue to watch and learn as much as I can.”

Additionally, he told GQ that running was a “real possibility.” Of course, the 2020 election came and went with no word of him potentially entering the race. In September, Johnson publicly endorsed the Joe Biden — Kamala Harris ticket. In the official Instagram video, Johnson also referred tot himself as a “registered independent” with “centrist ideology.” But now, with the new research showing 46% of Americans would like to see Johnson run, perhaps he’d really begin his own presidential campaign.

The Rock Gets Political

Dwayne Johnson’s new NBC sitcom Young Rock follows his real-life story, from growing up in Hawaii to become a professional wrestler and eventually… the President of the United States. The narrative framing of the show takes place in 2032, with Johnson’s character running in the presidential election. It’s through a tell-all interview with Randall Park (in this fictionalization, the actor has become a serious, CNN-Esque news correspondent) that Johnson begins to reflect on his past through charming and colorful anecdotes.

Fresh poll results published by Piplsay have suggested that 46% of Americans would support a presidential run by The Rock. And that news is now trending on social media.

The online poll gathered results from 30,138 adults in the United States between April 2 and April 4. It found that 63% of Americans thought entertainment stars could become good politicians with “the right attitude and support staff.” Should The Rock actually run — and win — he’d be following in the footsteps of Ronald Reagan and former President Donald Trump in the Hollywood-to-DC pipeline. But maybe he’ll remain like the elusive Oprah, a philanthropic celeb who never fully commits to becoming a presidential candidate.

And of course, running for governor first is always an option. Arnold Schwarzenegger did it and served for eight years. Sex and the City star Cynthia Nixon ran for governor New York in 2018 and lost to Andrew Cuomo. Currently, Matthew McConaughey is teasing his own gubernatorial bid while Caitlyn Jenner has officially entered the recall election to become governor of California.

As neither a Democrat nor Republican, any future campaign by The Rock would be hard to predict. But in a February 2021 interview with USA Today, linked above, Johnson insists that he would indeed “consider a presidential run in the future if that’s what the people wanted.” So what do you think? Could The Rock really breakthrough, from WWE to the White House? Should he try?

Despite polling, not everyone agrees that The Rock should give politics a try. On his Sirius XM radio show on May 5, Howard Stern warned entertainers like The Rock and Matthew McConaughey that truly entering an election cycle would tarnish their popular images. As of now, both celebs maintain a centrist American appeal… and have exhibit few clear political stances. Stern said simply, “You know what it is with these guys is that they don?t understand, once you run for office, you actually have to give an opinion.” For example, could McConaughey maintain his “delightful” charm when questioned about gun control in a state like Texas? (In 2018, the actor signaled a personal support for “some” gun control measures accord to New York Daily News.)

When it came to The Rock specifically, Stern called him a “Lovely guy… the most noncontroversial human being you?ll ever meet? but pointed out:

And he has a point. Given the action star’s diverse fan base, it’s no wonder that early polling indicates Americans’ willingness to elect him. No doubt that would change once he’s questioned directly on important issues.

Editor’s Note: A version of this article was published Apr 8, 2021.