The grandfather of one of the three armed robber teens gunned down in self-defense by a 23-year-old Oklahoman with an AR-15 is saying that while “[w]hat these three boys did was stupid […] they did not deserve to die.”

RELATED: Teenage armed robbers’ last sight on Earth was a 23-year-old with an AR-15

The teens were masked, and armed with brass knuckles and a knife.

“These three individuals came to this residence with the intent to burglarize it. One was with brass knuckles, the other one was with a knife,” Deputy Nick Mahoney said. “They were masked at the time, all had gloves on. They entered in through a back door, shattering the back door, and they entered into the residence.”

A 21-year-old woman named Elizabeth Rodriguez was behind the wheel of the getaway car and fled the scene when shots were fired.

“I know what we did was stupid and wrong,” Rodriguez told ABC News. “I don’t blame him […] I understand why he did what he did. I mean, I do to an extent.”

Leroy Schumacher, Redfearn’s grandfather, says that although “what these three boys did was stupid,” he believes this was not a fair encounter and that shooting all three was not needed.

“What these three boys did was stupid,” he told KTUL. “They knew they could be punished for it but they did not deserve to die. Brass knuckles against an AR-15, come on, who was afraid for their life?”

“There’s got to be a limit to that law. I mean he shot all three of them; there was no need for that,” he added.

The grandfather says that while he does support the Second Amendment, he doesn’t agree with shooting to kill intruders.

RELATED: Woman who planned botched burglary opens up about the homeowner who killed her three friends 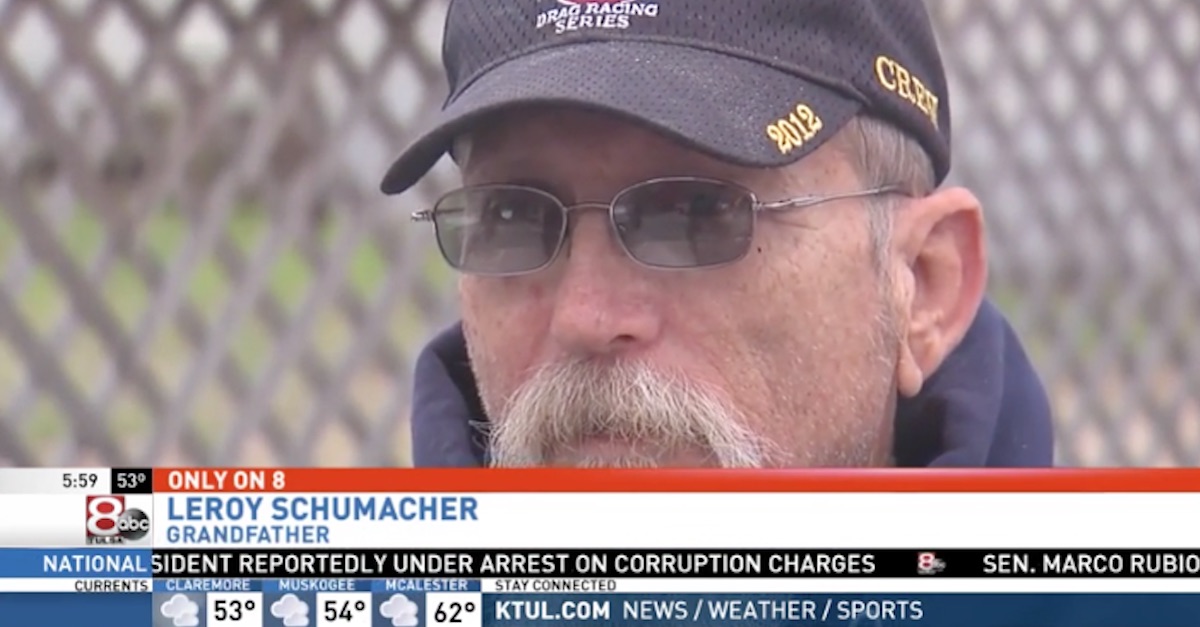