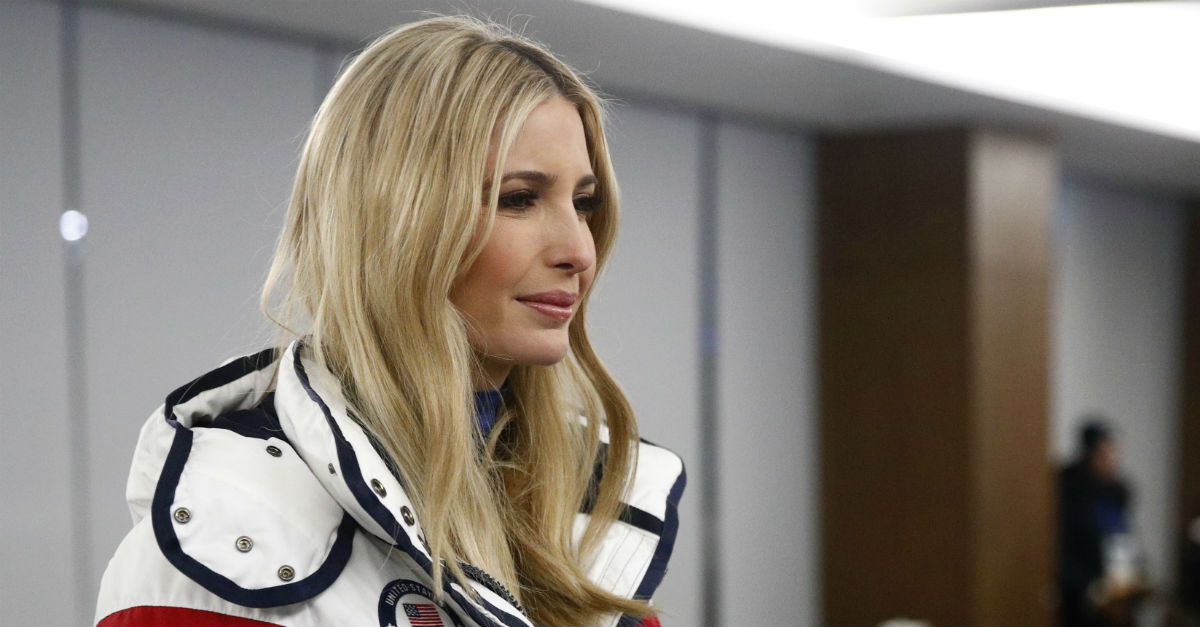 When asked about the latest sexual misconduct allegations levied against the president, Ivanka Trump criticized the question. Speaking with NBC News, Trump said that the question was “inappropriate” to ask.

“I think it’s a pretty inappropriate question to ask a daughter if she believes the accusers of her father when he’s affirmatively stated that there’s no truth to it,” she said, adding that she didn’t believe many others would be asked such a question.

She then stated that she believed her father, adding, “I know my father. So I think I have that right as a daughter to believe my father.”

“Do you believe your father’s [sexual misconduct] accusers?” –@PeterAlexander

“I think it’s a pretty inappropriate question to ask a daughter if she believes the accusers of her father when he’s affirmatively stated there’s no truth to it.” –@IvankaTrump pic.twitter.com/23AVPgcOdE

According to the New York Post, at least 15 women have accused the president of sexual misconduct at various points of his life.

This is not the first time Trump has deflected from a question regarding her father’s conduct.

In 2016, Trump cut an interview with Cosmopolitan short after she was asked to reconcile her fight for paid maternity leave and a statement her father once made about pregnant mothers in the workplace. The president praised pregnancy as a personal decision but called it an “inconvenience for a business” in a 2004 interview. When asked about the comment, Trump accused the interviewer of making an “unfair” characterization and said “I don’t know that he said those comments.” She then ended the interview.