Not surprisingly, Americans who have experience with guns fear them less 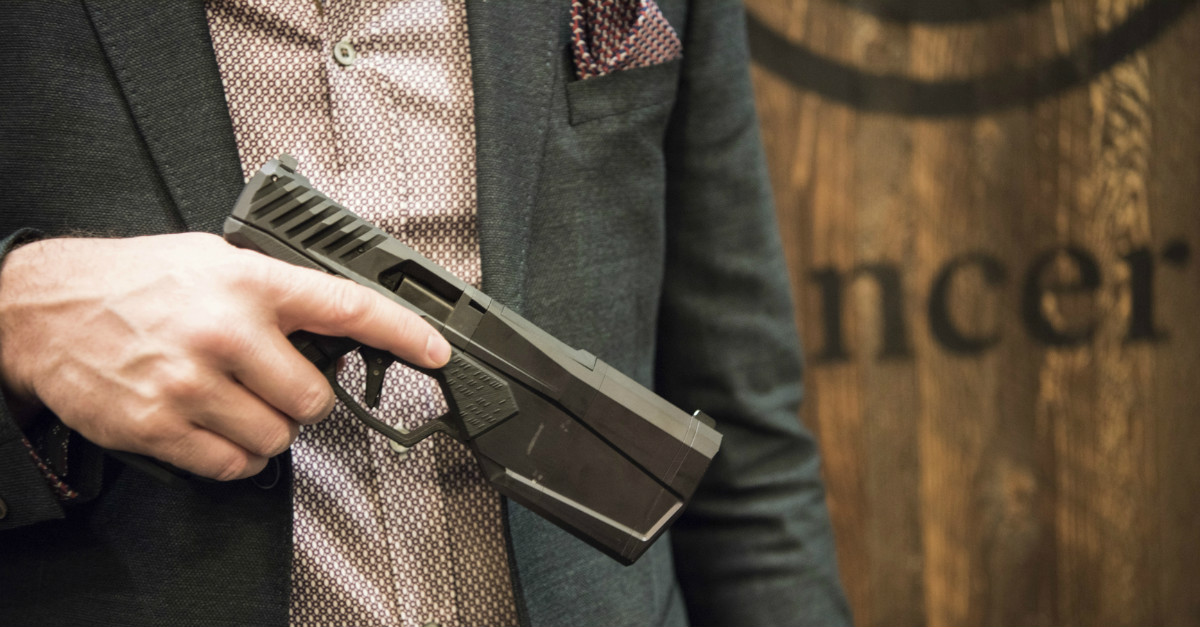 AP Photo/Lisa Marie Pane
In this photo taken Jan. 17, 2017, Josh Waldron, co-founder and CEO of SilencerCo, holds one of his company's Maxim 9 products, holds a 9mm handgun, in Las Vegas, in which the suppressor is embedded into the barrel. They are the stuff of legend, wielded by hit men and by James Bond. For decades, buying a silencer for a firearm has been as difficult as buying a machine gun, requiring a background check that can take close to a year. Now, emboldened by the election of Donald Trump as president, the industry has renewed a push in Congress to ease those restrictions, arguing that it’ll help preserve the hearing of gun users. (AP Photo/Lisa Marie Pane)

When a crazed gunman shot Republican Congressman Steve Scalise and four others during a baseball practice earlier this month, partisans on both sides of the gun debate almost immediately chimed in. The left clamored for more gun control. The right noted that only the presence of armed Capitol Hill police prevented the shooting from being even more tragic. Conservatives said more guns — including allowing members of Congress to arm themselves in the District of Columbia — is the solution.

This debate erupts every time these horrific incidents happen. It reflects not only different positions on the issue, but the very different ways pro- and anti-gun people view firearms.

RELATED: They always say there are “300 million” firearms in the United States, but the real number is probably a lot higher

I’m not a gun guy. I’ve been meaning to change that — to receive the proper training and familiarize myself with firearms, but haven’t yet. That said, I grew up around firearms in South Carolina, a state that is very much a pro-gun culture. Part of my support for the Second Amendment is my relative comfort around guns. I’m simply used to them being present. Though I respect them, and everyone should, firearms don’t inherently frighten me the way they might others who did not grow up in the same environment.

It turns out that roughly half of gun owners say most of the people they know also own one. But among Americans who don’t own firearms, just one in 10 say they know gun owners.

A majority of gun owners (66%) own multiple firearms, and about three-quarters (73%) say they could never see themselves not owning a gun.

The lengthy report finds a number of commonalities between gun owners and non-owners, particularly both groups’ desire to keep firearms out of the hands of the mentally ill.

But at a fundamental level — whether guns are tools that cause and or prevent violence — there is an unsurprising cultural gap between gun owners and non-owners.

Los Angeles Times David Lauter parses the Pew study, “Non-owners tend to associate guns with violence. About six in 10 non-owners call gun violence a ‘big problem’ in the U.S. and about two-thirds say that the ease with which people can legally get a gun contributes a ‘great deal or a fair amount to gun violence.’”

“By contrast, only about a third of gun owners label gun violence as a big problem nationally,” Lauter adds. “About four in 10 gun owners say that the ease of legally getting a weapon contributes a great deal or fair amount to that problem.”

There have certainly been tragic shootings that could have possibly been prevented with stricter gun regulation, but it also can’t be argued that guns have very often saved lives in the midst of a shooting. The baseball practice shooting two weeks ago was a prime example of the latter.

But even the obvious doesn’t stop gun control advocates from insisting that more regulation is the answer:

There are background checks in Virginia, and you don’t don’t “concealed carry” long guns. Why do you never do any research?

Familiarity breeds comfortability. So it’s not surprising that those familiar with guns are simply more comfortable around them.

Some recent studies have shown that millennials are more supportive of permissive gun laws than their elders. Younger people are more passionate about gun rights. Whether this is a trend or a hiccup, time will tell, but it’s possible learning about guns through experience as opposed to demonizing them from a distance might have something to do with it.