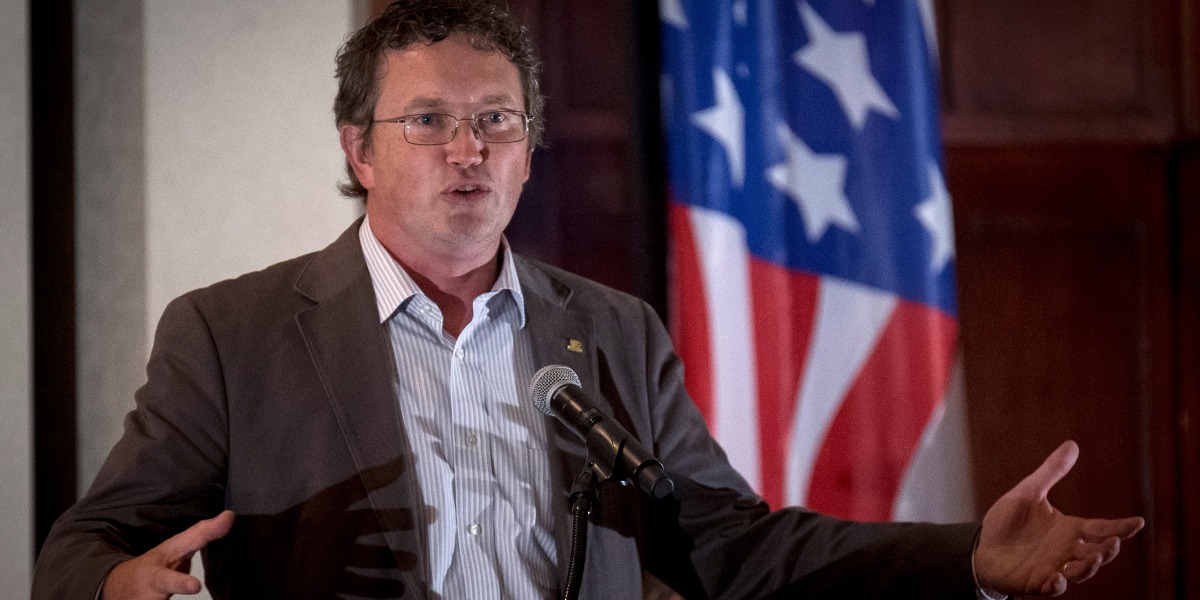 Rep. Thomas Massie (R-Ky.) is criticizing President Trump’s new policy proposals after the Parkland, Florida school shooting that would ban bump stock modifications and raise the age of buying a semi-automatic rifle to 21.

On Twitter, Trump has pushed for comprehensive background checks, a ban on bump stock modifications and raising the age requirement for buying a semi-automatic rifle from 18 to 21.

Massie, chairman of the Second Amendment Caucus in Congress, is vehemently opposed to gun control measures that he believes would infringe upon the rights of law abiding citizens.

“Why should a 20yr old single mom be denied the right to defend herself and her kids?  We should lower the age to buy a handgun to 18, instead of raising the age to buy an AR15.  SAD!” Massie quote-tweeted above Trump’s tweet discussing his proposals.

Why should a 20yr old single mom be denied the right to defend herself and her kids? We should lower the age to buy a handgun to 18, instead of raising the age to buy an AR15. SAD! https://t.co/riLrfXZlbb

“The Obama administration acknowledged they lacked the constitutional or statutory authority to ban bump stocks, so President Trump’s memo is disappointing,” Massie told the Washington Examiner.

“What’s more worrisome for gun owners, though, is the president’s deputy press secretary signaled support for the trojan-horse ‘Fix NICS’ bill that was sneaked into the House reciprocity bill last year,” Massie said. He further referenced the legislation the House passed in December requiring federal agencies to report information to the National Instant Criminal Background Check System, which Massie argues may strip law-abiding individuals of their Second Amendment rights.

Massie has also been critical of gun regulations under President Obama, arguing that veterans have been denied their constitutional rights by the Department of Veteran Affairs.

“Gun-free zones are invitations to deranged criminals. Why on earth would we have a federal law to advertise our schools as such? The 1990 law has done absolutely nothing to improve school safety, and should be repealed because it makes schools less safe,” Massie said.

Since taking office, Massie has encouraged states to adopt exceptions to the Gun-Free Schools Act, although he argues that it would be much simpler if the act was repealed altogether.