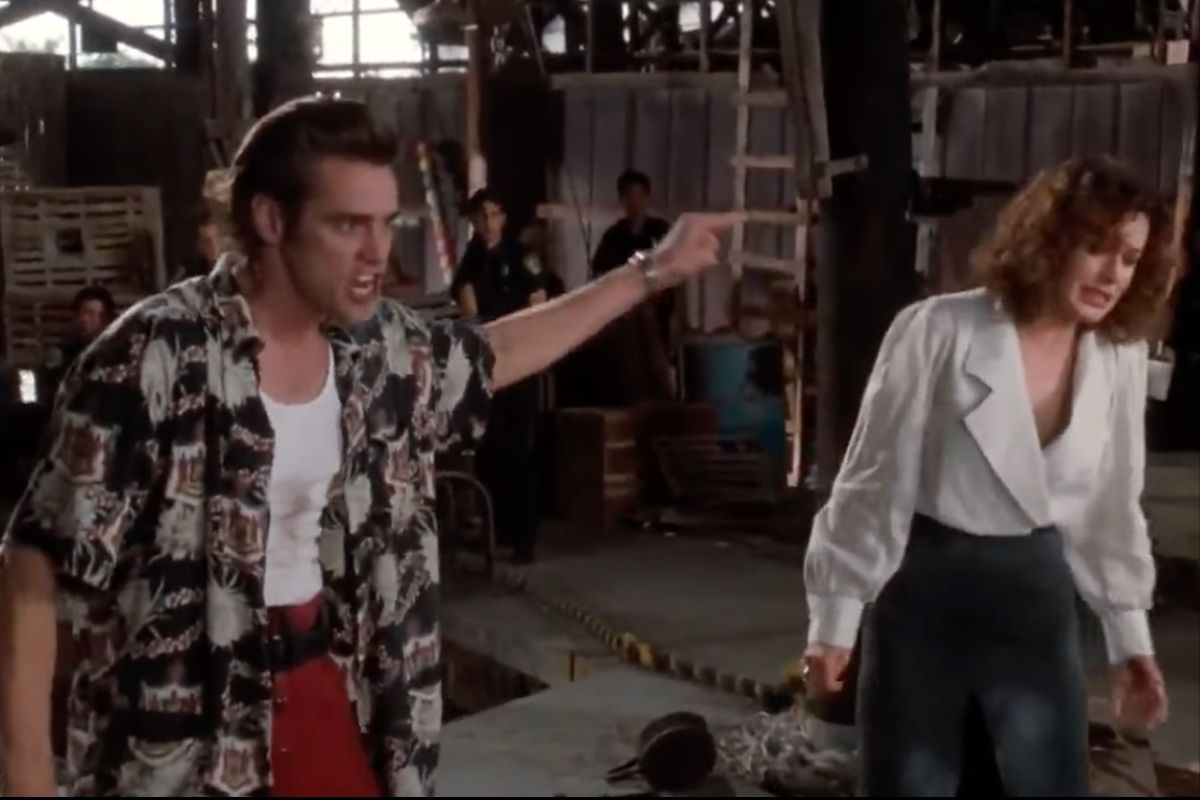 Cancel culture has been taking over society more frequently over the past couple of years, as many call for the re-examination of popular characters, both animated television series and live-action movies. Among those called out were Warner Bros. Television and Disney for airing some of their older characters and movies that seemingly portray harmful and corrosive racial and gender stereotypes. And now, many other Hollywood original movies are getting reprimanded for their controversial characters and plots, including Ace Ventura: Pet Detective.

In Ace Ventura: Pet Detective, Detective Ace Ventura is hilariously played by Jim Carrey, who is hired by the football team, the Miami Dolphins, to find their mascot, a live dolphin named Snowflake. The movie is carried through its plot by Carrey’s comedic antics, the ones that defined him as an actor throughout many other movies, ending with quite the plot twist.

Lois Einhorn, the police chief who detests Ventura for always intervening in their cases, is actually the culprit behind Snowflake’s kidnapping, as it’s revealed that she is actually the shunned Miami Dolphin football player, Ray Finkle. Finkle was never able to move past when he messed up the Dolphin’s chances at winning the championship trophy and was sent to a mental hospital. He had soon escaped, transforming into Lois Einhorn so that he could execute his elaborate plan to tear down the Dolphins.

The issue arises when Ventura is seen freaking out that he had previously kissed Einhorn out of tension during a heated moment they had while arguing about the case. The movie shows Ventura scrubbing himself when he realizes that Einhorn was actually a trans woman, and the entire final scene is built on the comedic revealing to the entire football team and the entire police force that Einhorn is actually a man.

People on social media have been calling for this movie to be canceled because that specific scene wasn’t emphasizing how Einhorn was the culprit, but more on the fact that she had transitioned from a man to a woman. Ventura strips her down in front of the entire crowd, humiliating her by exposing her “trans agenda,” to which his actions are met with applause.

Waiting for Jim Carey to get cancelled for playing Ace Ventura. I mean, how shallow can an actor be who voices a line about “your gun is digging into my hip.” The nerve!!!🙄

Why is the first ace ventura movie not cancelled? its clearly a transphobic movie. #LGBTQ #TransRights #PrideMonth

The Ace Ventura movies, including the sequel Ace Ventura: When Nature Calls, were my favorite movies growing up because I’ve always been a massive fan of Jim Carrey. My favorite type of humor was and still is that kind of slapstick comedy that you also find in Carrey’s Dumb and Dumber and The Mask. But I can’t deny that this specific scene in Ace Venture is transphobic, and unfortunately, there are discussions that need to be had about why. Of course, things were different during that time period, and although I don’t believe the movie needs to never be watched again, I think that this is an opportunity to educate those who have seen it.

What do you think? Do you think that there are old TV shows and box office movies that were always problematic for the stereotypes they conveyed?

Watch: Looney Tunes? Lola Bunny Will No Longer Be Sexy