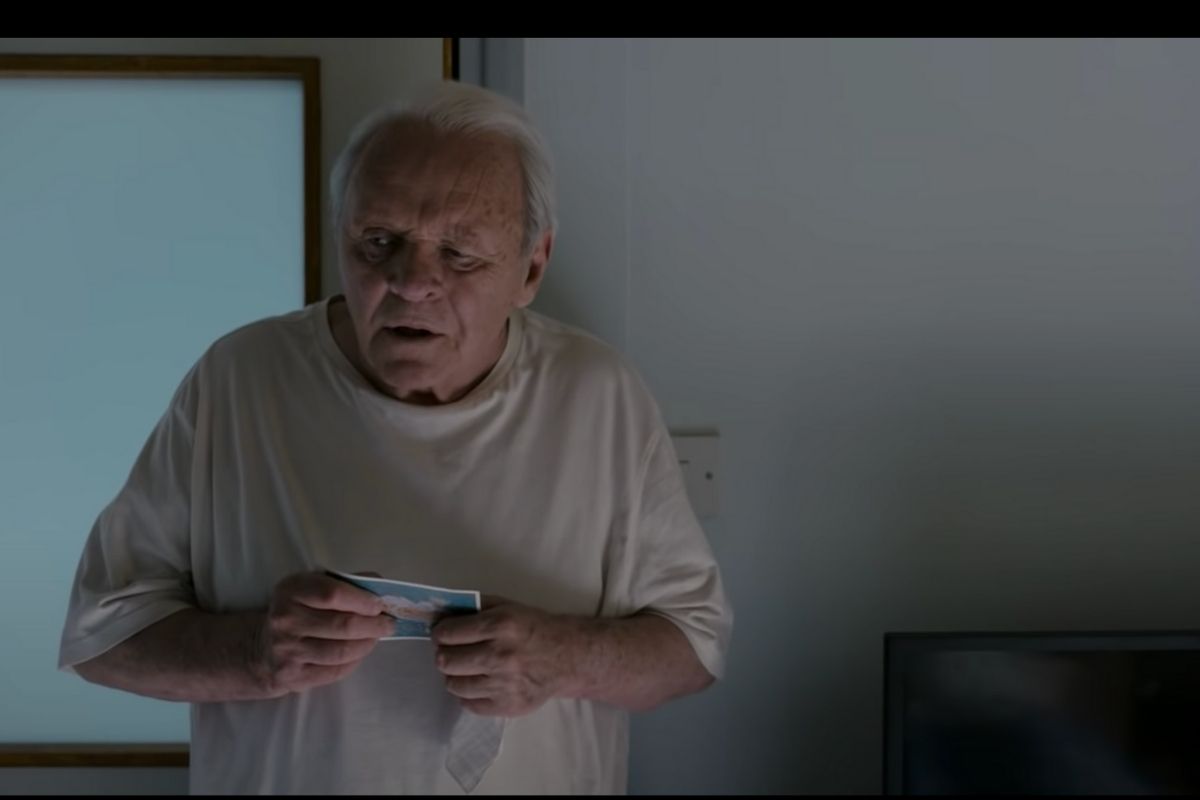 Last night the annual Academy Awards ended in a major upset: Anthony Hopkins won best actor for The Father, a movie that most Americans have not seen — or even heard of. Instead of announcing the award for best picture last, as is customary, the Oscars 2021 flipped the schedule so that best acting categories occurred last.

Many fans expected this move to result in an ending tribute to Chadwick Boseman, the late actor who was favored to win posthumously for his role in Ma Rainey’s Black Bottom. Instead, Sir Anthony Hopkins took home the coveted prize — his second Oscar throughout a career that includes six nominations. At 83 years old, he is the oldest Oscar winner ever.

And the Oscar Goes To…

“It’s a wonderful thing being old.”

Anthony Hopkins was nominated for an Oscar for the first time in 1991 for The Silence of the Lambs. Playing Hannibal Lecter, Hopkins challenged what was possible for on-screen villains and affected the serial killer genre for years to come. Since then, he’s been nominated for four other Oscars for roles in The Remains of the Day, Nixon, Amistad, The Two Popes, and this year for The Father.

For the 2021 best actor category, Hopkins competed against four other nominees: Riz Ahmed for The Sound of Metal, Steven Yeun for Minari, Gary Oldman for Mank, and the late Chadwick Boseman for Ma Rainey’s Black Bottom. The announcement of this award was highly anticipated due to the shocking news of Boseman’s death last August and his enduring popularity. The Netflix film Ma Rainey’s Black Bottom has been a favorite throughout this year’s awards circuit, with Boseman’s widow accepting a Golden Globe on his behalf in February.

However, following Frances McDormand’s best actress win for Chloé Zhao’s Nomadland, it was Hopkins whose name was called by presenter Joaquin Phoenix. From there, the night ended abruptly since Hopkins had not come to Los Angeles for the pared-down, Covid-safe Oscars ceremony. He did not even appear via video chat, like many other remote nominees. Instead, the Academy accepted the award on his behalf with many viewers left wondering about what was supposedly Hopkins’ career-best performance.

The Father was directed by Florian Zeller in his directorial debut, based on his French play Le Père. In it, Anthony Hopkins stars as an aging man (also) named Anthony who struggles with severe dementia. Olivia Colman co-stars as Anthony’s beleaguered daughter Anne and her performance was also nominated, for best-supporting actress. Mark Gatiss, Imogen Poots, Rufus Sewell, and Olivia Williams also appear in various roles as Anthony struggles to recognize them while his condition worsens.

As you can see in the clip above, Hopkins embodied his character’s illness with a gut-wrenching degree of empathy. Like the mood of a real Alzheimer’s patient, Hopkins’ performance swings wildly from suspicious anger to lost confusion with broad strokes that feel nearly Shakespearean. The New York Times critic Jeannette Catsoulis said of the production: “At once stupendously effective and profoundly upsetting, ?The Father? might be the first movie about dementia to give me actual chills.”

The film premiered at the Sundance film festival in January 2020. And though the theatrical release date did not mean much due to the ongoing pandemic, you can rent The Father now on Amazon Prime Video.

Speaking from his home in Wales through a video released online today, Hopkins thanked the Academy and paid extra tribute to Boseman who was “taken from us far too early.”

In winning this historic Oscar at the age of 83, Hopkins takes the record from the great Christopher Plummer, another talent lost this year. Plummer was 82 years old when he won in 2012 for The Beginners. Plummer remains, however, the oldest nominee for 2018’s All the Money in the World. But who knows? Perhaps once Hopkins turns 88, there will be another surprising upset in store.

WATCH: Anthony Hopkins Was Only in ?The Silence of the Lambs? For 16 Minutes