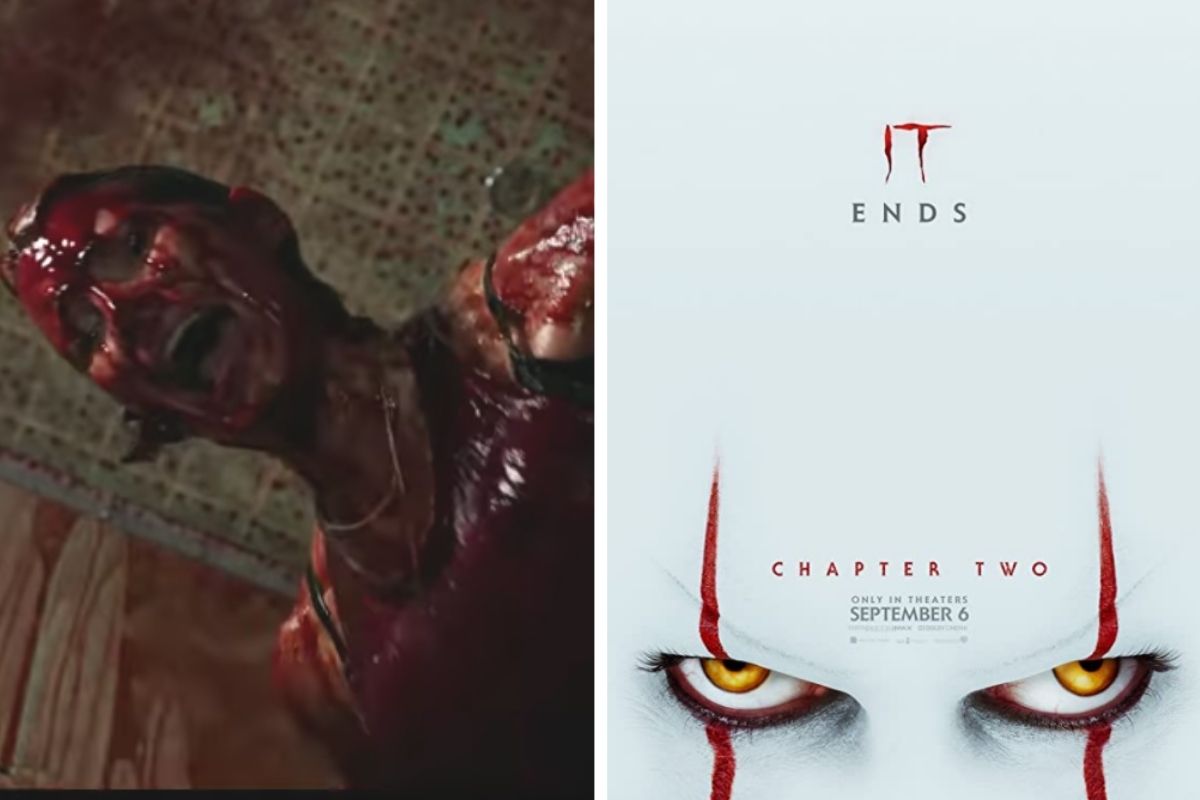 We first got terrorized by Pennywise the clown way back in 1990, when Tommy Lee Wallace’s It miniseries first aired on TV. The two-part TV show, based on the Stephen King horror novel of the same name, follows a group of outcast preteens-turned-adults (known as ‘The Losers’ Club’) who battle the child-killing clown.

Fast forward to 2017, when director Andy Muschietti released the movie remake of the book: It (also known as It Chapter One and It: Part 1 — The Losers’ Club). Like the miniseries, the horror film told the tale of seven kids who band together to fight a shape-shifting demon preying on the children of the tiny town of Derry, Maine.

Finally, in 2019, we got to see the highly anticipated sequel — It Chapter Two — based on the Stephen King book of the same name. The latest horror movie takes place 27 years after the first film when members of the Losers’ Club have all moved away from Derry. If you’ve seen the movie (or even if you haven’t), here are 4 surprising, spoiler-free facts about the making of It Chapter Two.

Jessica Chastain, who plays Beverly Marsh,  the only female member of The Losers’ Club,  has claimed that the movie used a record-amount of fake blood. During a San Diego Comic-Con’s ScareDiego panel for the new movie, Chastain asserted that one scene in the movie was the bloodiest in cinematic history. In the scene, her character is tortured by Pennywise (played by Bill Skarsgard) in a bathroom stall filling with blood.

According to filmmakers, a record-breaking 4,500 gallons of fake blood was used during filming. (To give you some context, only around 300 gallons were used in the filming of the elevator scene in the ’80s movie The Shining. It’s also twice as much as the fake blood used in the original 2017 movie when Beverley’s (played by Sophia Lillis) gets sprayed in blood by an erupting sink. Oh, and it’s 500 more gallons than the meager 4,000 gallons used in the entire run of Game of Thrones.

“I love horror films,” Chastain said. “I love ‘Carrie,’ and I said, ‘Let’s make Carrie on steroids.” Chastain had previously discussed the scene on The Tonight Show with Jimmy Fallon. “I’m going to say something and I think I’m going to be in trouble but I’m going to do it,” the actress said. “It might be a spoiler. But in the movie, there’s a scene that someone said on set that it’s the most blood that’s ever been in a horror film, in a scene. And I’ll tell you, the next day I was pulling blood out of my eyeballs… fake blood, fake blood!”

Everyone Does Their Own Stunts

Bill Hader,  who starred as Richie Tozier, told IndieWire that everyone does their own stunts in the film. Hader was so committed to the role, he even got injured in the process. “James McAvoy is jumping off 10-foot tall things,” he said. “Jessica is doing all this crazy stuff ? I had to run 10 feet, and I pulled my groin muscle.”

And at the end of the day, the actors were usually drenched in sweat, dirt, and fake blood, Hader said. “To get it off of you, they’d put shaving cream on you,” Hader added.

Isaiah, who plays Mike Hanlon, nearly missed his own wedding during the audition process. He was called back to read for the role a few days before the ceremony and ended up showing up at the wedding location a day late. (Don’t worry, his fiance understood and the wedding went on as planned).

Hader Got the Role thanks to his Child Actor Counterpart.

In an interview with the New York Times, Hader revealed that he was cast in the role of Richie in part thanks to Finn Wolfhard — the actor who plays the young Richie in the original movie.

“Finn talked about it [in interviews],” said Hader. “My agent sent me a link to him saying that he wanted me to play him. I was like, that?s cool. A couple of months later, [my agent] called again and said, ?Hey, Andy Muschietti wants to meet you.? I was like, wow, this Finn guy is really powerful. When I met him at our table read, I was like, ?Hey, thanks for the gig, man.?