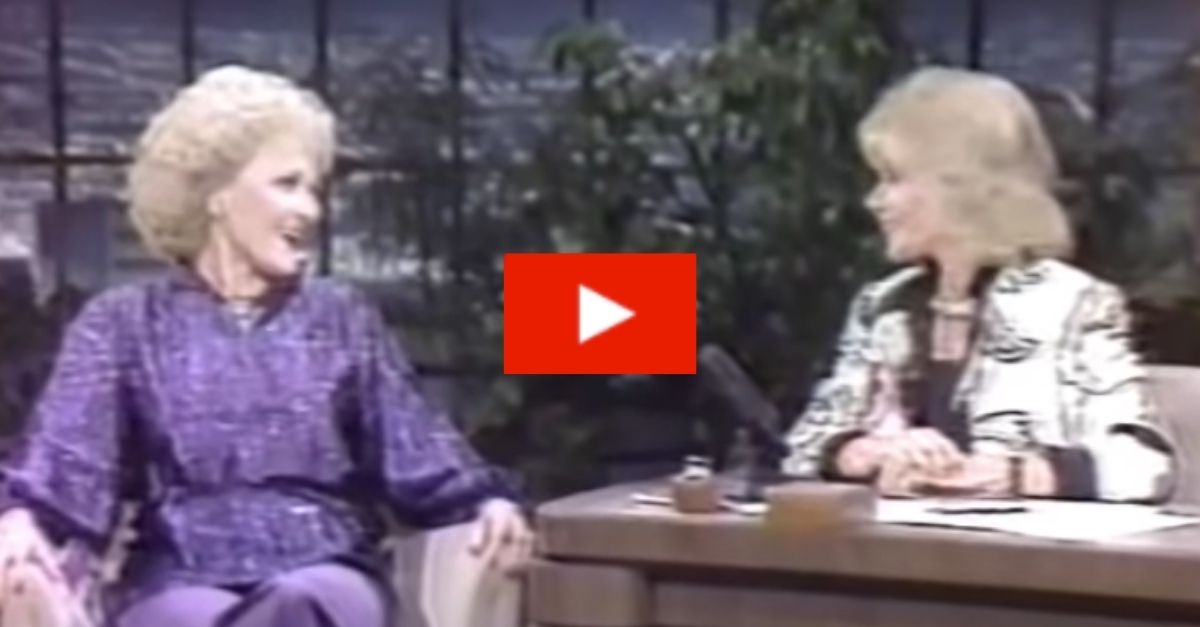 Name a better duo in entertainment history than comedian Joan Rivers and red carpet celeb Betty White. And can we talk about how they are truly the comedy queens? The pair took over the famous late-night talk show, The Tonight Show Starring Johnny Carson, with Joan Rivers filling in for Johnny Carson as the show’s talk show host. And I have to say, in the most respectful way, I couldn’t help but feel a little intimidated at the confidence just oozing from this Hollywood pair.

With Rivers serving as the guest host interviewing a fellow comedienne, you can imagine all the stand-up comedy jokes they were shooting back and forth. It’s basically a roast fest, and you can see why my intimidation was evident. These women exuded so much confidence, they were able to jokingly hurl insults at each other and truly laugh it off. I couldn’t help but immediately think about how maybe I wouldn’t have necessarily cried, but I definitely would’ve felt a couple of stings.

They start out by talking about CoverGirl, making fun of their first appearances as official Cover-girls, and immediately go into joking around about their respective outfits. And soon the career jokes start filtering through too. Of course, late-night shows are always characterized by jokes and laughter, but Rivers and White really don’t stop throughout the entire interview. And it takes a special kind of skill to be that hilarious all the time.

They go into the topic of dating, where things get a little serious, but with a lighthearted touch. White goes into how she lets guys that she dates take over, but then she shows how much of a piece of work she is when they’re alone “in the car.” The pair continue gossiping about their dating lives, giving the audience a more behind the scenes perspective of their lives.

And although Rivers and White are constantly joking around, their jokes are never too grotesque, but more mischievously playful. In more hilarious conversations throughout the interview, they talk more about their appearances, to which Rivers jokingly says in a backhanded comment, “and you’re very sophisticated and attractive-not like me-but for a woman your age, you’re really doing so well,” warranting more laughter from the audience.

We all know that these kinds of classic tv shows will always have a bit of an edge over shows like NBC’s Saturday Night Live in New York City, New York. Only the Tonight Show Starring Johnny Carson will you get these powerful female interviews. I’m not trying to demean any female interviews in today’s times, but you can’t top the guest appearances by Lucille Ball, Nancy Reagan, and so many more.

We will also always be remembering Joan Rivers for her great work in the Joan Rivers Show, Joan Rivers: A Piece of Work, Joan & Melissa: Joan Knows Best with daughter Melissa Rivers, Fashion Police, and many more projects in the entertainment industry. She has even won a Grammy and a Daytime Emmy.