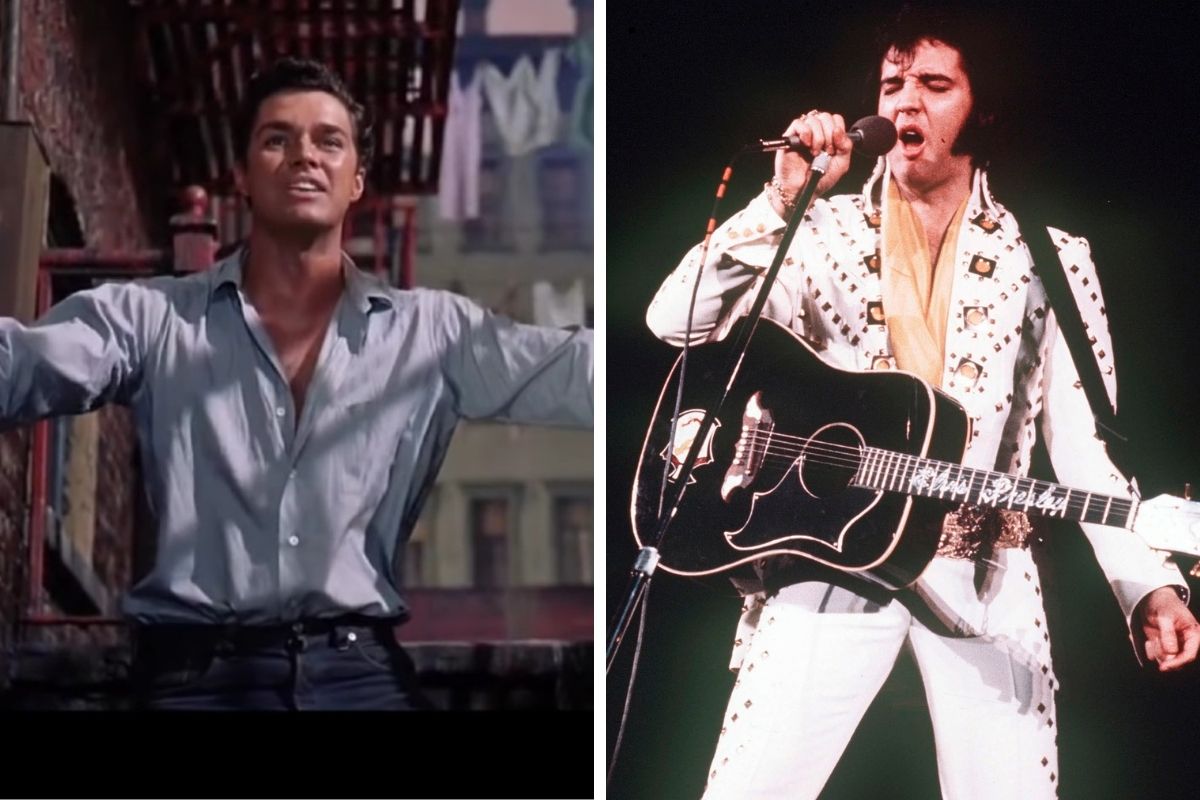 With its dazzling choreography and captivating songs, West Side Story was an instant classic and box office hit when it first hit the big screen in 1961. The movie — a film adaptation of the original Broadway musical inspired by William Shakespeare’s “Romeo and Juliet” and written by  Arthur Laurents, Leonard Bernstein, and Stephen Sondheim — took home 10 out of the 11 Oscars it was nominated for — including Best Picture.

The musical film was directed by Robert Wise and Jerome Robbins and starred Richard Beymer as Tony and Natalie Wood as Maria (The singing of both these two leads was dubbed: by Jimmy Bryant for Beymer and Marni Nixon for Wood). The movie also starred Russ Tamblyn as Riff, as well as George Chakiris as Bernardo and Rita Moreno as Anita — both of whom brought home Academy Awards for Best Supporting Actor/Actress.

But perhaps just as interesting as who the movie starred was who the movie didn’t star: the role of Maria was originally offered to Audrey Hepburn and the role of Tony was reportedly nearly given to Marlon Brando. And for many years, there have been whispers that Elvis Presley, the King of Rock and Roll, a primary contender for a leading role in the flic. According to the legend, Presley had been offered the role, but his manager “Colonel” Tom Parker wouldn’t allow it.

Six decades after West Side Story hit the theaters, George Chakiris set straight the rumors regarding Elvis as Tony.

Chakiris addressed the rumors in an interview with Fox News while promoting the 2021 Turner Classic Movies (TCM) Film Festival. During the Thursday night festival, Chakiris and co-stars Rita Moreno and Russ Tamblyn are set to appear virtually together to discuss the making of the 1961 movie.

When asked whether he’d heard rumors that Elvis Presley wanted to play Tony, Chakiris said “No, I never heard anything like that. But I’ll tell you something. Back when we were doing the play in London, there was a buzz about the movie. And I remember the two-star names being considered were Elizabeth Taylor and Elvis Presley for the roles of Tony and Maria.”

He continued, “Of course, none of that happened, but that’s the only time I ever heard his name and his connection with the possibility of doing the film long before it started. But I personally think it’s just a rumor that caught some kind of life over the years. It’s my understanding that Elvis didn’t want to do “A Star is Born” so I can’t imagine that he would want to do “West Side Story.”

During a separate interview with Entertainment Tonight, Chakiris discussed Steven Spielberg’s upcoming West Side Story reboot. The new version stars Ansel Elgort as Tony and Rachel Zegler as Maria and will hit theaters on December 10.

“When I first heard about [the remake] and Steven Spielberg [directing], I thought, ‘He’s going to do something wonderful,'” Chakiris told ET. “He’s a wonderful director and he’s made some incredible movies. And I absolutely expect he will do something wonderful and that I’ll love what I see him do.” The first trailer for the West Side Story reboot, which is set in 1950’s New York City, was unveiled during the 2021 Oscars.  The trailer featured glimpses of some of the musical’s most famous songs like “Dance at the Gym” and “Tonight,” and recreated the original movie’s iconic opening dance number between The Sharks and The Jets.

“This story is not only a product of its time, but that time has returned, and it’s returned with a kind of social fury,” Spielberg said in a statement. “I really wanted to tell that Puerto Rican, Nuyorican experience of basically the migration to this country and the struggle to make a living, and to have children, and to battle against the obstacles of xenophobia and racial prejudice.”