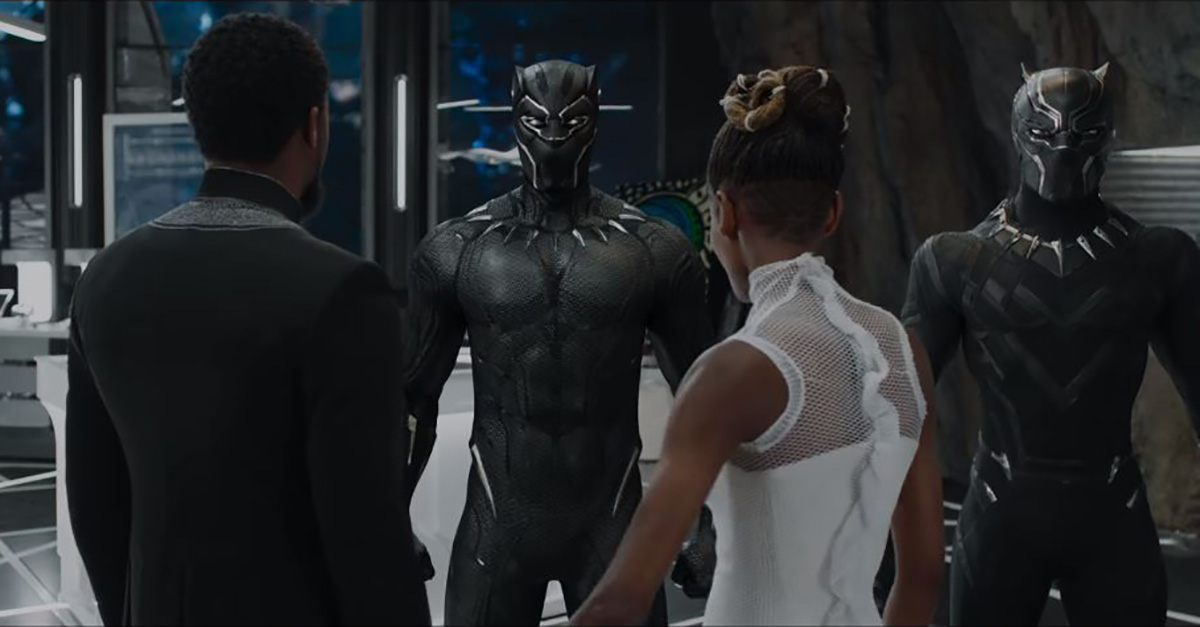 Unless you’ve been living in a hypnotic state after watching this .gif for the past three days, you’ve no doubt read about the movie Black Panther busting blocks across the country.

Creative Cypher, a collective of artists and entertainment professionals, are looking to spread that joy a bit to Chicago school children.

RELATED: Missouri City native Travis Scott rented out 2 theaters in Stafford this weekend ?for the kids to watch? Black Panther

?We want to bring a diverse and inclusive community of creatives and leaders into the same space to engage collectively around a film ?for the culture? that portrays black characters in a positive light opposing historical barriers and stereotypes,? said Troy Pryor, founder and president of Creative Cypher.

The collective offered the tickets to youth-focused organizations and for children who were both committed to the studies and their communities.

Students also got to hear from a panel discuss their experiences as African American professionals in the entertainment industry. But it was the movie that was still the highlight.

?The movie was awesome,” said one of the students who saw the movie. “I loved it and I’m glad it came out right Black history month. It was very encouraging to me.”

16-year-old Xavier Johnson said the movie sends a positive message as well. “Do what is right and connect more with your race. Be more outgoing to bring us together.”

The film has already made $235 million domestically and $404 worldwide in the four days since it premiered. It reached the fifth-highest opening for a film ever in the first three days.

It is also the highest grossing film that has been released in February and also the highest opening ever on Presidents’ Day weekend, beating out 2016’s Deadpool which brought in $152 million.