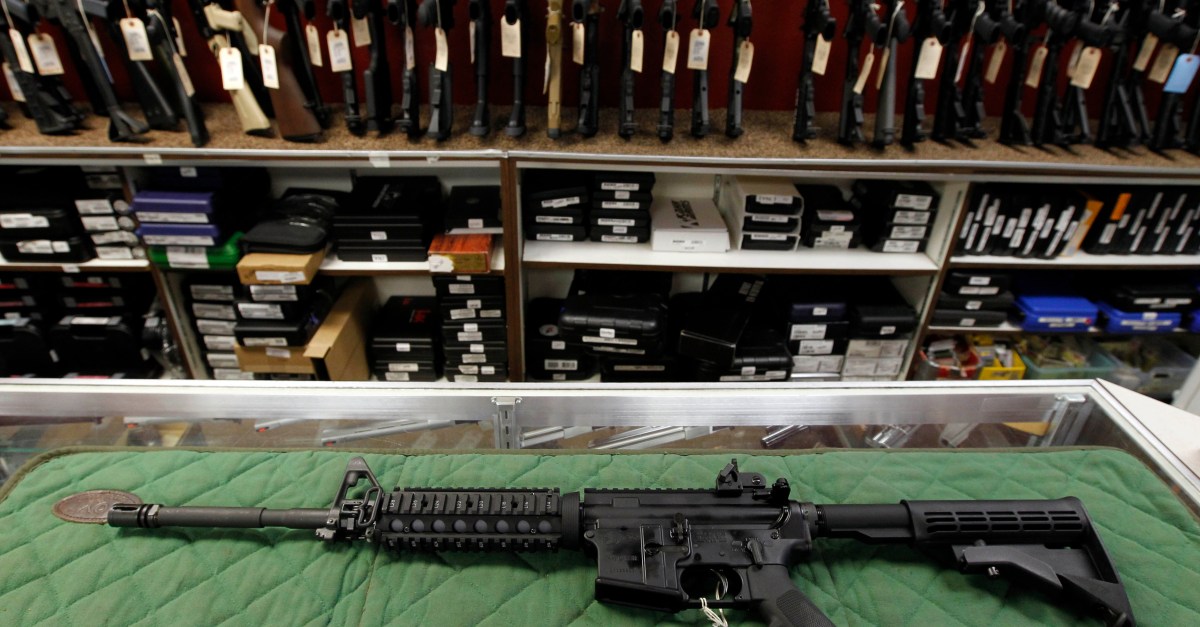 AP Photo/Alex Brandon, File
FILE - In this July 26, 2012, file photo, an "AR-15 style" rifle is displayed at the Firing-Line indoor range and gun shop in Aurora, Colo. Baltimore police officers responding to the sound of gunshots near an apartment building fatally shot a man who fired at them with an "AR-15-style" gun, a police spokesman said early Friday, July 15, 2016. No officers were injured in the incident, spokesman T.J. Smith said. (AP Photo/Alex Brandon, File)

According to a CBS News report, gunshot wounds are now the third leading cause of death among children ages 1 to 17, shedding new light on an issue that has come to dominate newsfeeds.

With new headlines popping up daily, it’s easy to forget that not every gun-related incident is reported, such as the growing problem of teen suicide.

RELATED: Meyerland’s “level of violence” is off the charts, with two children shot in the last month

The journal Pediatrics has published an alarming new study about the impact that guns have on American children. The study examined all types of gun related incidences, including accidental and intentional shootings, as well as shootings by children.

Based on data, the U.S. Centers of Disease Control and Prevention determined that 1,300 children die each year from gunshot wounds, while another 5,790 are injured. Of the shooting deaths, 53 percent were homicides, 38 percent were suicides, and 6 percent were unintentional.

Over the past decade, youth suicides by gun have risen an astonishing 60 percent, causing researchers to wonder what can be done to address this issue. Based on the study’s findings, teen suicides by gun appear to be largely impulsive actions that are unrelated to lingering mental illness.

According to Dr. Eliot W. Nelson of the University of Vermont Children’s Hospital, “The current report’s analyses confirm that suicides often occur in response to short-term crises. The availability of a firearm may be especially critical for an impulsive teenager in such moments of crisis.”

Dr. David Wesson, a pediatric surgeon at Texas Children’s Hospital, says that the study shows “areas we can focus our energy on,” such as supporting gun safety laws and using better gun storage devices. Keeping guns out of the hands of children would save many lives.

Wesson added, “The more guns there are, the more people die of gunshot injuries.”

Based on the data, the Academy of Pediatrics advises that doctors begin discussing gun ownership with the parents of their patients. While it’s a sensitive and polarizing topic, parents can keep their children safe by locking away their firearms, which is already suggested by gun rights support groups.

RELATED: Youth shot in the stomach overnight in southwest Houston