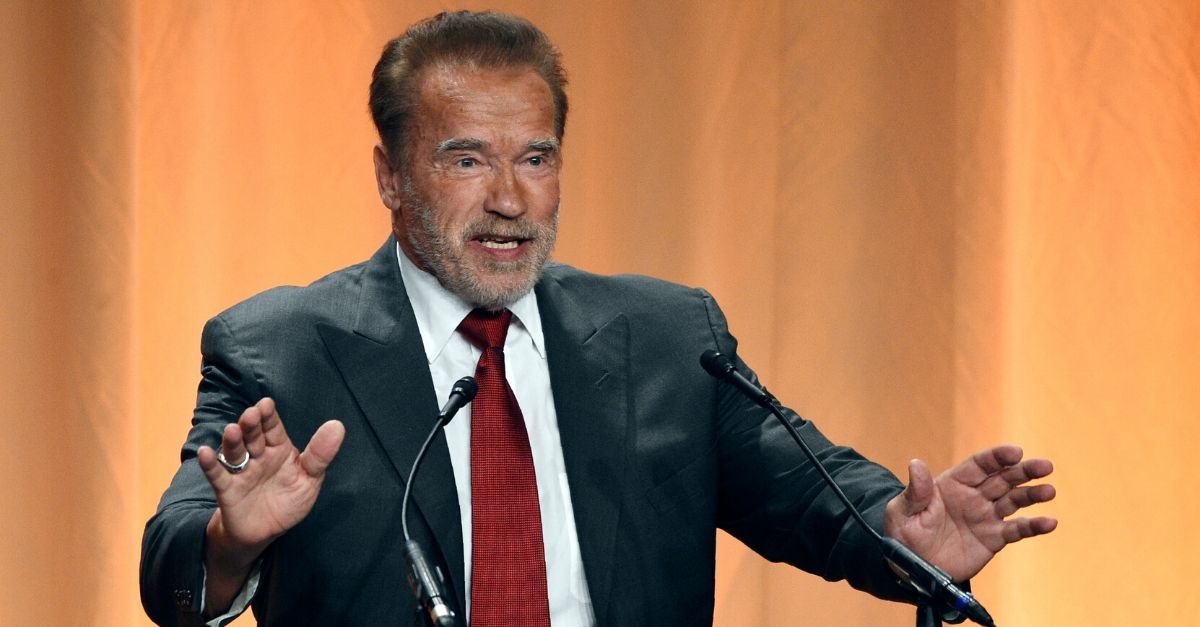 It looks like the Terminator is in quite a bit of trouble. During a virtual commencement speech for the class of 2020 graduating amid the COVID-19 pandemic, actor Arnold Schwarzenegger took a slight jab at President Donald Trump. The 72-year-old actor appeared in a video in which he spoke to the students in an effort to soften the blow of an in-person ceremony being canceled across the country.

The actor discussed the importance of overcoming life obstacles, noting that commencement is a time to celebrate not just earning one’s degree, but the hours they took to get there. He noted, ?you’re celebrating that Journey today. Not just a piece of paper that you hang on a wall.? That being said, the former California Governor held up an honorary doctorate he received from Trump University. The university was Trump’s “failed 2004 venture” which was eventually shut down for allegations of fraud.

?This is nothing,? Schwarzenegger noted while holding the framed degree. ?I mean we all have these pieces of paper, but let?s be honest. This celebration, by the way, is not the end. Yes, it is the end of this particular chapter, but it is the beginning of your next climb. It is time to celebrate now, be in the moment, go all out, yes of course. But tomorrow, when this is all over, it?s time to start developing your vision and it?s time to start climbing toward your vision.?

He also told students in his commencement speech about the importance of overcoming any obstacle by focusing on the story of his unexpected heart surgery which occurred two years ago. The Hollywood actor was scheduled for non-invasive heart surgery to replace a valve in 2018 when doctors then discovered a complication they were forced to do the emergency open-heart surgery.

Because of coronavirus, you are graduating into a world filled with obstacles, so I wanted you to know that no matter how successful you are, there will always be obstacles. But you can overcome and move toward your vision. Europeans don’t talk about medical issues much, we protect them like state secrets. Maybe it’s a sign I’m Americanized, but I wanted to share the story of my heart surgery going south four months before Terminator. I hope it gives you motivation in these hard times.

Luckily, the operation was successful and the actor woke up 16 hours after the unplanned procedure. Apparently doctors had broken through the heart wall and it was internal bleeding, meaning the actor could have died if they had an open his sternum and did the open-heart surgery in the first place. He told the graduation students how during his recovery, he visualized his goal of being back on the set of Terminator: Dark Fate.

As to why he was telling the graduating class this, he stated the reason was that he believed that no matter how successful you are, life will always throw obstacles in our path. Meaning we always had to fight to achieve what we want in life. The actor then finished his speech on a very comedic note, stepping up from behind the podium to reveal that he was actually not wearing any pants, just a suit jacket the entire time he was speaking. I can’t wait to see how President Trump and the White House react to this one.

Watch: Arnold Schwarzenegger Has 5 Children and Not All With Maria Shriver