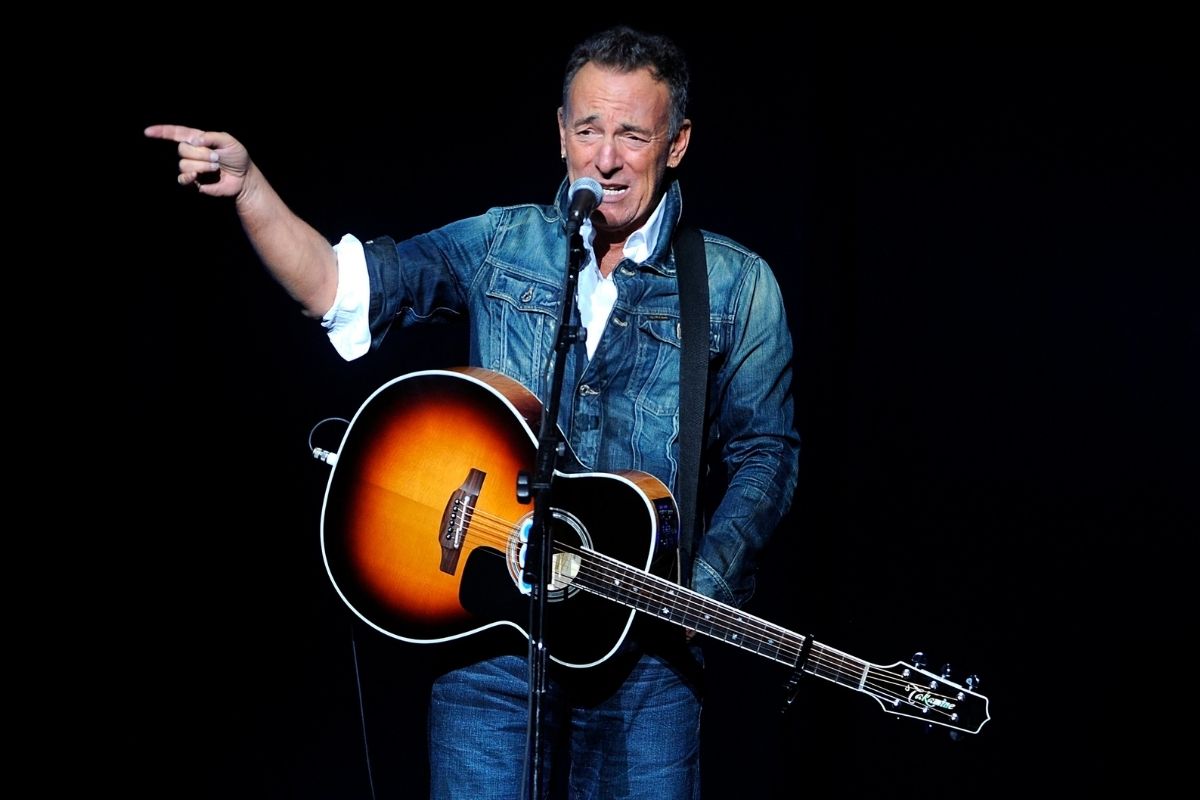 Bruce Springsteen is at it again. The singer bluntly stated the White House was in need of an “exorcism” in the latest installment of his radio show, From My Home to Yours, which focused both on the upcoming 2020 presidential election and Halloween. The singer, who has previously spoken about President Donald Trump, revealed that he would move to Australia if he were elected.

Sharing through clips from his E street Radio Program on SiriusXM, the singer is heard criticizing the president and the Trump family for their “lack of culture and value” while in the White House. . He stated, “It is time for an exorcism in our nation’s capital. Welcome to our Halloween/Election Day monster mash. This is Vol. 14 of ‘From My Home to Yours’ titled ‘Farewell to the Thief.’ In just a few days, we’ll be throwing the bums out. I thought it was a f—ing nightmare but it was so true.”

Bruce Springsteen on the First Family

Bruce shared this poem by Elayne Griffin Baker on the latest episode of From My Home To Yours on SiriusXM. Read the text at https://t.co/YahXTJXE7l. https://t.co/PFm5jTMk70

In another clip, Springsteen gave a monologue that insulted the first family or not demonstrating moments of levity and compared them to past presidents’ families such as Kennedy, Bush, Reagan. and Obama. He noted,

“There’s no art in this White House. There’s no literature, no poetry, no music. There are no pets in this White House, no loyal man’s best friend, no Socks the family cat, no kid’s science fairs, no time when the president takes off his blue suit, red tie uniform and becomes human. Except when he puts on his white shirt and khaki pants uniform and hides from the American people to play golf,” he says. “There are no images of the first family enjoying themselves together in a moment of relaxation. No Obamas on the beach in Hawaii moments, or Bushes fishing in Kennebunkport, no Reagans on horseback, no Kennedys playing touch football on the Cape.”

Springsteen added that he doesn’t necessarily know where the country is going, stating, “Where did all the fun, the joy and the expression of love and happiness go?” He ended his segment by lamenting the loss of what he personally believed made “America great” before telling listeners to vote President Trump out of office on November 3rd and vote for Joe Biden. The Dancing in the Dark signer hasn’t been shy when it comes to what he thinks of the president. He previously used his radio show to directly criticize President Trump. In June, the singer dedicated a lengthy amount of time to lambasting the Trump administration’s way of handling the Coronavirus pandemic and accused Trump. of not wearing a face mask.