Deranged Doctor Kept a Corpse Bride for 7 Years in Florida, of All Places 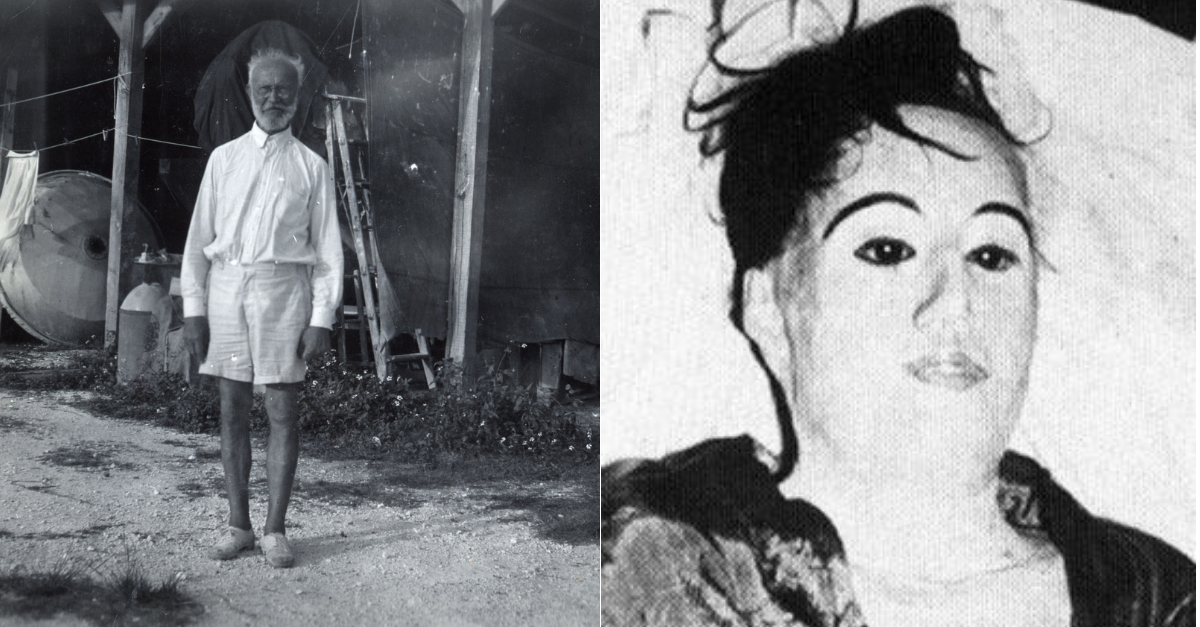 DeWolfe and Wood Collection in the Otto Hirzel Scrapbook via Wikimedia Commons and Richard Norton; Fair Use via Wikipedia

We all love a good Florida Man story. This Key West love story, in particular, is as creepy as it is wild. There’s really not much more to say except, mentally prepare yourselves. Go ahead and open this for later, as a palette cleanser. For this circa 1930s Florida Man story, Carl Tanzler is our honorary Florida Man.

He encountered and very quickly became smitten with a young lady, Maria Elena Milagro de Hoyos. Maria Elena Milagro de Hoyos was a beautiful, young Cuban American woman with dark hair. Tanzler’s dream girl, quite literally. Tanzler claims to have seen the girl in his dreams… or a vision, as revealed in Ben Harrison’s book on the bizarre story, Undying Love: The True Story of a Passion That Defied Death. How Florida Man of him. She was, apparently, his destiny. Let’s circle back to this, shall we?

The only problem with this setup was the fact that Maria was quite literally dying, she was very young, and Tanzler already had a wife and two kids. That and the lack of confirmation of Maria Elena Milagro de Hoyos ever returning any of Tanzler’s romantic feelings. So, there were many problems with this “true love” actually.

He did what any respectable doctor would do. He made it his mission to save her life. He believed his concoctions and methods could cure her, and with her parent’s permission he set up an x-ray machine in her parent’s home to monitor her progress. Unfortunately, at 21 years old, Elena “Helen” Milagro de Hoyos died. Tanzler offered to pay for her funeral. With her parent’s permission, he also paid for Elena’s tomb, an above ground, stone mausoleum that he had built especially for her. He visited her Key West Cemetery grave to visit his dark-haired woman’s resting place every night. For TWO years.

While there, he sang songs to her and conversed to her. He claimed that her spirit came to him when he did and it asked him to take her away from the grave. So that’s what he did.

In April 1933, he pulled Elena’s corpse from the grave and rolled it to his house (nosily, no doubt) on a toy wagon. He began his new life: casually living, sleeping, dancing, and caring for the corpse of his dead patient like a mortician scorned. Oh, Florida Man. Tanzler went through quite the routine to preserve Elena’s body.

He used coat hangers and wire to keep her skeleton intact. He used silk, towels, and wax to repair the skin as it deteriorated, and macabre glass eyes for the eye sockets. He was able to use the conveniently gifted wig made from Elena’s hair that her mother made and gave to him for her head. This wasn’t enough, though. He starting planning more elaborate preservation methods. At one point, he considered launching her body in an airship to space so that the radiation in the stratosphere could help restore her body. While that plan came to fruition, he simply doused her corpse in disinfectants, preservatives and perfumes for SEVEN YEARS.

In 1940, one of Elena’s sisters heard rumors of Tanzler sleeping with the body of her sister… and dancing with it in front of a window. She confronted him in his home where Elena’s body was later found, by the authorities. The whole situation became a spectacle. Tanzler was arrested, Maria Elena Milagro de Hoyos’ body was placed on public display at a local funeral home where over 6,000 people viewed it. Elena Hoyos’ corpse was shortly returned to the ground, this time to an unmarked grave.

Carl Tanzler faced no criminal charges for grave-robbing as the statute of limitations had passed. And while the general public sympathized with him, saying he was a ‘romantic’, not everybody agreed. An autopsy on De Hoyos’ body found a paper tube inserted in her, confirming rumors of Tanzler’s necrophilia. However the research reporting the autopsy findings didn’t surface until years later, thus Tanzler didn’t face any repercussions.

At the end of the ordeal, in 1944, Carl Tanzler moved to Pasco County, Florida. He did not live far from his wife, Doris, who later supported him. The madness continued, even with death and physical miles separating Tanzler from Hoyos. In Pasco County, Tanzler made a replica of Elena’s body out of a death mask and life-size effigy. Rumor has it that he somehow managed to have the effigy and Maria de Hoyos’ body switched so that he could be near her for the rest of his life. In 1952, he eventually died in Zephyrhills, Florida.

Now, back to Tanzler saying that Maria Elena Milagro de Hoyos was his destiny. What if, in some weird way, she was? He is definitely known in history because of her. His obsession has been covered in entertainment from Ripley’s Believe It or Not, metal band The Black Dahlia Murder’s song about him, and even on an episode of a 2018 Lore podcast. Further, without the medical expertise, he wouldn’t have had the knowledge, resources or the stealth that allowed him to have pulled off this situation for so long. But, I don’t know if I believe that means she was his destiny. At the very least, this wild obsession developed into a self-fulfilling prophecy.

Watch: Your Favorite ‘Golden Girl’ Was One of the First Female Marines