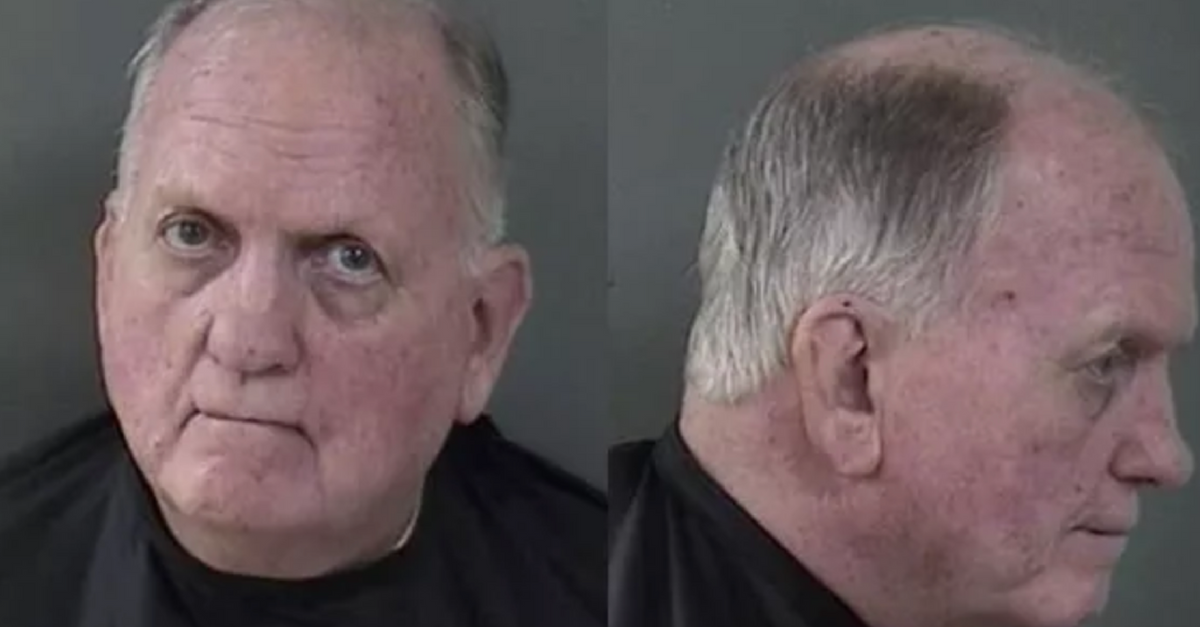 Cop: Sir, have you been drinking and driving?

Guy: Oh well yeah that’s from the Jim Beam I’ve been guzzling on my trip to McDonald’s here.

That’s not how the law works, but it should? Just kidding. You shouldn’t get behind the wheel after taking a couple pulls of Jim Beam, even if the outcome has the potential to be as thankfully harmless and ultimately wonderful as this.

The Florida man was arrested on June 27th at a McDonald’s drive-thru, after the woman in front of him called the police to complain that the car behind her kept running into her rear bumper.

Sometimes a man — especially a very drunk man — just can’t wait for his McNuggets lady. Is that a crime? (In this instance, yes.)

The Florida man, fittingly named Earle, was eventually arrested after admitting to police, who suspected he was drunk, that he had been drinking (but not while literally driving, obviously). Earle went on to tell police that he felt “pretty good.”

Earle was probably not lying, because when he took his breathalyzer test he blew nearly twice the legal limit, at 0.153. Presumably, there were a whole lot of stop signs and stop lights on the way to this McDonalds.

Good God, Earle. It’s called Uber and a YETI tumbler. Start drinking in the 21st Century like the rest of us.

This article was originally published on April 25, 2019.