Cindy Hendy: The Girlfriend of the ‘Toy Box Killer’ Who Supplied Him With Victims 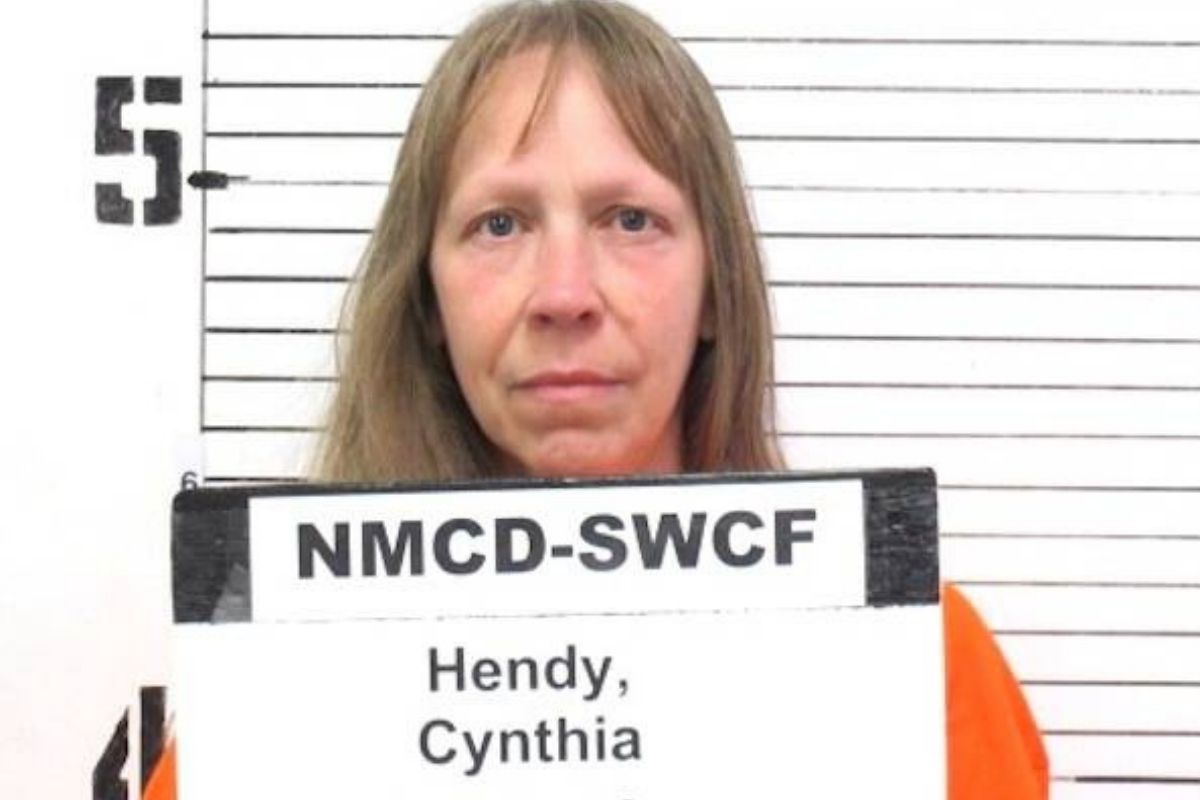 You know how they say “behind every great man is a great woman?” Well, this situation is kinda like that except a smidge (or five) darker. Cindy Hendy was the girlfriend of a serial killer, and she helped him do it. Cynthia Lea Hendy was born in 1960. Many articles about her will paint her as a victim from a young age. While it is true that she was born into an impoverished family- Everett, Washington, to an alcoholic, neglectful mother.

The same mother married a Dick (no, that was his name) who tried to rape Cindy Hendy when she was 11. Cindy’s mother sided with Dick and kicked her daughter out at 12 years old. On the street, she engaged in drug and alcohol abuse, prostitution, and dated dangerous men to survive. She became a young mother, having three children to three various men. Outrunning drug and theft in 1997, she fled her life for a new one in New Mexico.

A post shared by It's Crime Time Podcast (@itscrimetimepod)

In New Mexico, Hendy worked in a state park. This is where she met serial killer David Parker Ray, later to become known as the Toy Box Killer. Even though they were two decades apart in age, Hendy being younger, the two had something else in common: violent sexual fantasies. She moved in with him shortly after meeting, and that’s when he started telling [read: bragging] about all the women he’d killed. While most women would have jumped ship, she was pulled in. They joined forces to be a killer couple. It started when Cindy Hendy lured a friend in for a kidnap trap, and it was all downhill from there.

She started picking out targets for Ray to bring to what he called the Toy Box, his trailer where was often found torturing people, located in Elephant Butte, NM. Hence the name, the Toy Box Killer. The serial killer’s toy box also included a mirror on the top where victims were subject to watching themselves under duress from electric shocks and tortured.

Cynthia Vigil was the one that got away. Victim, that is. Police officers received a call about a naked woman in a dog collar on the side of the road. She was desperately trying to get to safety. She’d spend three days in the Toy Box with Cindy Hendy and David Parker Ray, who had impersonated police officers to “arrest her.” They used electric shocks, medical instruments to torture her, in addition to both raping her.

Vigil managed to escape when Hendy had left the keys to her restraints on the table. She grabbed them, set herself free, stabbed Hendy in the neck with an icepick, and fled the trailer. The killer couple was arrested by police officers swiftly.

The Killer couple claimed that Cynthia Vigil Jaramillo was a heroin addict they were attempting to rehabilitate. The toy box, needless to say, filled with whips, sex toys, and other items that screamed “sadist” were found in the trailer. So was footage from video cameras they installed, showing them torturing another victim. Oh, and David Parker Ray’s highly detailed little journal telling his kidnappings and murders. After Vigil’s escape, other claims against the couple were reviewed. Angelica Montano helped the case by testifying that she was raped and tortured by the couple for days. Kelli Garrett, yet another woman, came forward with the same story.

Killer David Parker Ray’s girlfriend, Cindy Hendy, was then facing up to 197 years in prison. When she squealed on her boyfriend’s last accomplice, Roy Yancy, and gave her testimony, she was only sentenced to 36 years. Roy Clancy had been forced to kill a woman named Marie Parker for the toy Box killer. It was alleged that some of their victim’s bodies were in the Elephant Butte Lake. However, none were ever found.

The Toy Box killer, on the other hand, was given 224 years in prison. He died of a heart attack in May 2002. Cindy Hendy served 19 years in jail but was released on July 15, 2019. By a stroke of dangerous luck, she was released on a plea deal just as new legislation was passed, making it necessary for criminals to serve almost 90 percent of their sentences, according to KRQE News 13, a local station. Prior, the FBI released photographs of women’s clothing and personal items to help identify some of the murdered women, who suffered at the hands of the Toy Box Killer and his associates.