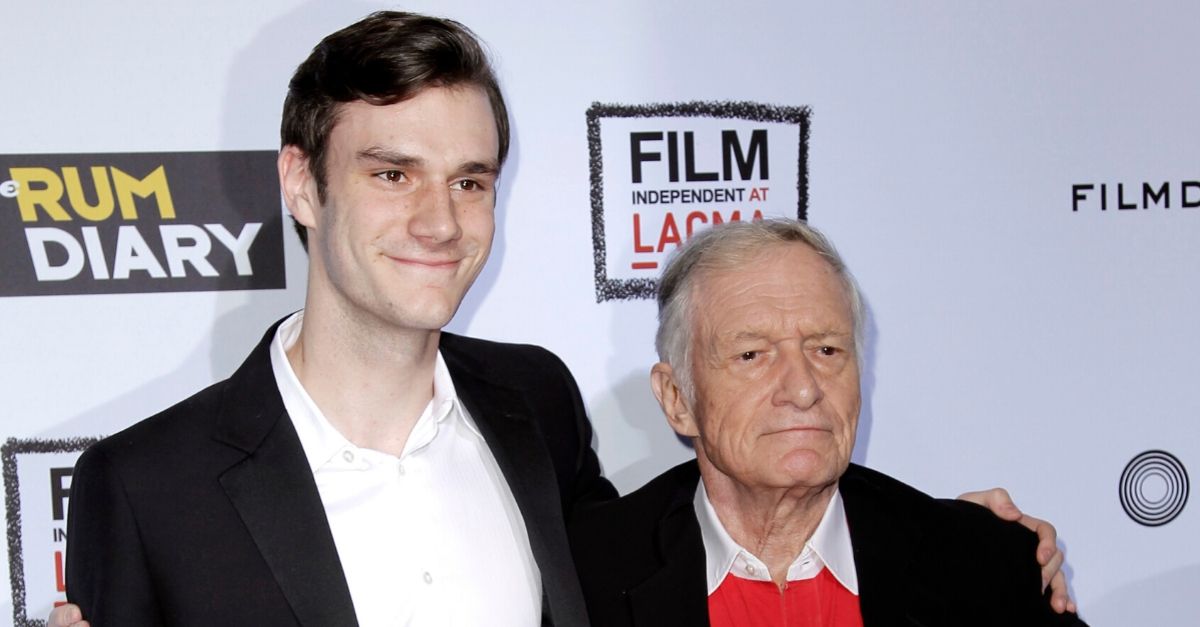 Well, it looks like this apple definitely fell on the wrong side of the tree this time. Cooper Hefner, yes the son of the late Playboy founder Hugh Hefner, has decided to launch an exploratory campaign in the California State Senate race. Remember when we thought it was weird when Arnold Schwarzenegger decided to run for office? Pfft, yeah, this totally beats that. But hey, good for him. Change the world, Cooper!

The 28-year-old decided to post on Instagram his decision to run, stating that he made the move because “it is time for more young leaders to focus on the future.” Hefner, who advises Playboy CEO Ben Kohn but left his own role as chief of Global Partners in 2019, is now running as a Democrat in the state’s 30th District, which includes parts of Los Angeles County San Francisco Valley.

I launched a California State Senate Campaign because it is time for more young leaders to focus on the future.

Through the video clip announcing his bid, Hefner stated that growing up in LA and interacting with its community’s inhabitants is how he found his values. The video features footage of some residents wearing masks, which is now a recommendation for the Center for Disease Control and Prevention meant to slow down the spread of COVID-19.

Hefner continues, “Our cultural diversity, free-thinking, and creativity is a heart and soul of California.” The seat is currently filled by Democrat State Sen. Holly Mitchell, but she revealed plans last year to run for a post on the Los Angeles County Board of Supervisors. If she wins the election this November, Gov. Gavin Newsom will call for a special election in the first quarter of next year. If Mitchell loses, the election cycle will move into 2020. Mitchel has held her California Senate seat since 2013. The 30th District encompasses areas of Ladera Heights, Culver City, Crenshaw, Westmont, University of Southern California, Downtown LA, and a part of Inglewood.

Hefner spoke with CNN about his decision, stating, “I am deeply concerned about my community and our government and believe that right now it’s essential for new individuals to step forward and propose new ideas. I would not be on this road if I did not feel strongly that there was an opportunity to win and as a result, make a difference.”

A very special weekend seeing family after a few months away from home. I’m proud to serve my county in the United States Air Force. I’m proud to be an Airman.

The younger Hefner decided to take an advisory role to Playboy’s chief executive officer and has worked primarily as a media executive and was the heir apparent of the publishing Empire following the death of the legend himself. However, he transitioned out of the family business back in the Spring of 2019, focusing on launching a media company of his own, later joining the US Air Force. He is currently serving on the board of Chapman University, where he studied and has several nonprofit posts recently named a fellow of the German Marshall Fund.

Although it might seem out of nowhere to you, it’s really was expected for Hefner to run for political office. During these few weeks, he’s been more vocal about supporting political voices in the recent months, commenting on issues such as Supreme Court’s decision on DACA, the New York Times investigation about Russian government alleged bounties to assassinate members of United States Army forces in Afghanistan and the US’ relationship with the World Health Organization. Hefner has also hosted several political fundraisers and has voiced his opinion on Joe Biden and Kamala Harris.

Hefner grew up at the Playboy Mansion and is the son of Hugh Hefner and Kimberley Contrald, who was the Playboy founders’ second wife. He is currently married to actress Scarlett Byrne and is expecting a baby next month. Go, Cooper, Go!

Watch: Playboy to No Longer Name Playmate of the Year, Because That Excludes People