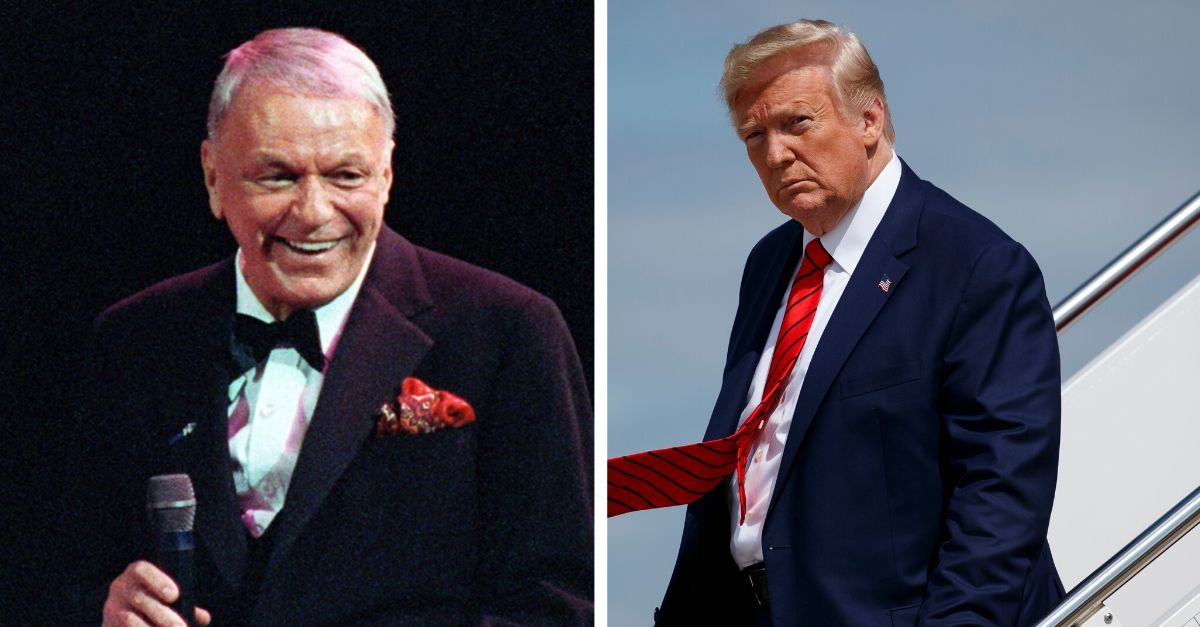 Breaking news, turns out Frank Sinatra loathed Donald Trump! Yes, apparently Sinatra was not a fan of our president, according to his daughter Nancy Sinatra. The allegation comes after the president revealed plans to immortalize the singer as part of his National Garden of Heroes. On Friday, the president announced he had signed an executive order to create the memorial, which is said to include statues of the “giants of our past” and the “greatest Americans who ever lived.”

Trump revealed that American legends and icons such as Martin Luther King Jr., Ronald Reagan, George Washington, Amelia Earhart, Harriet Tubman, Elvis Presley, and Ulysses S. Grant would be honored in the National Garden of Heroes. But, soon after the president revealed that Sinatra would also be one of the people immortalized in his vision, actress Mia Farrow, who was once married to Sinatra, tweeted, “Frank Sinatra would have loathed Donald Trump.”

He actually did loathe him.

That’s when the singer’s daughter replied to her tweet stating, “He actually did loathe him.” Ever since her tweet, Sinatra’s post has been retweeted more than 4,000 times and has been liked more than 30.5k likes from Twitter users. Surprisingly enough, this isn’t the first time one of Frank’s three children has bashed Trump. Continuing with the Twitter pattern, back in 2017 Sinatra opposed several reports that her father’s iconic song My Way would be performed at Trump’s inauguration ceremony. When asked her thoughts on the president’s potential use of the song, Sinatra stated, “Just remember the first line of the song.” Which, in case you don’t know is, “And now, the end is near.”

Frank Sinatra’s former manager, Elliot Weisman, wrote in his autobiography that the Fly Me To The Moon singer once told Trump to “go fu** himself.” In The Way It Was: My Life with Frank Sinatra, Weisman stated the singer had been booked to open at Trump’s Atlantic City casino, only for his team to tell him that Trump originally wanted to pay less to hire him. In addition, Trump then allegedly canceled his booking of Frank’s longtime friend Sammy Davis Jr, who had recently been diagnosed with cancer at that time. When Sinatra heard, he told Weisman to tell Trump those three words and played a show in Las Vegas instead.

Watch: The Top 12 Frank Sinatra Songs of All Time