Gloria Steinem: From The CIA To ‘The World’s Most Famous Feminist’ 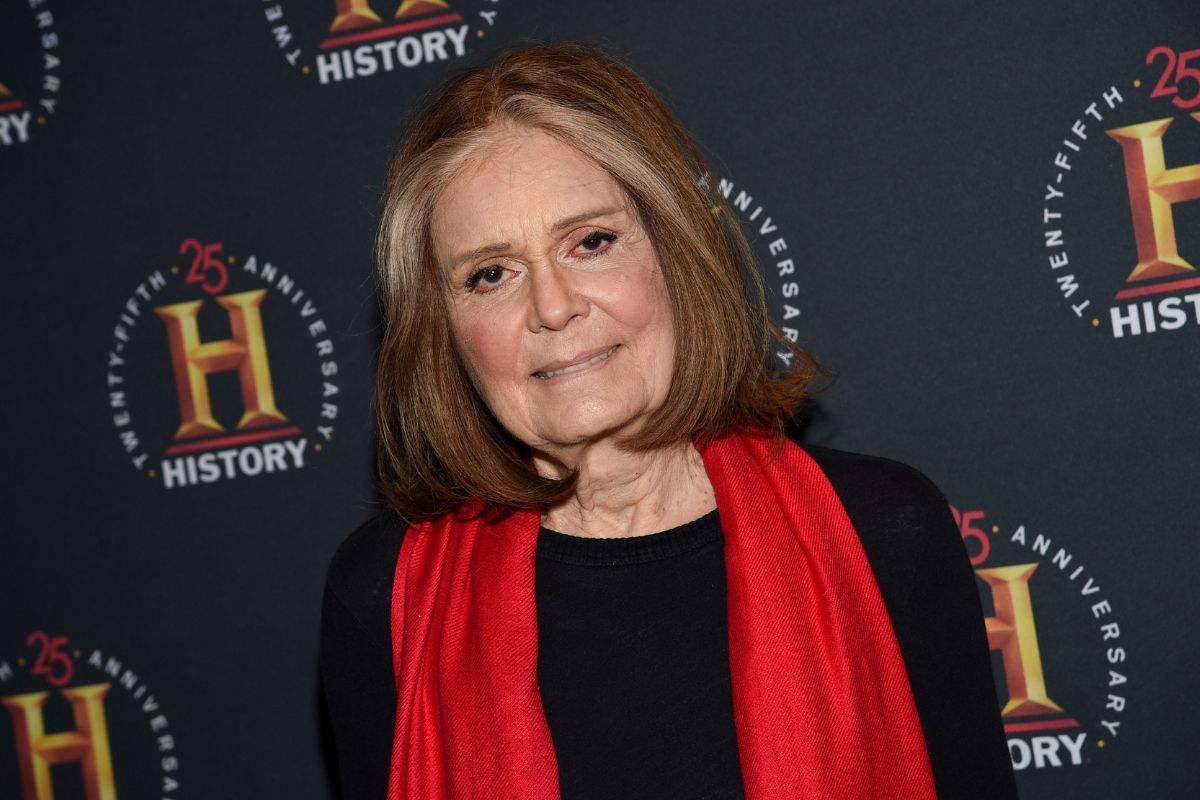 Gloria Steinem is a name synonymous with women’s rights. Born in the early thirties, to a journalist mother, Ruth Steinem, and an entrepreneur, Leo Steinem, she was bound to do something big. And she did, she is one of the most prominent feminist icons, was behind some of the most exciting and empowering journalism pieces, precisely when she went undercover as a Playboy Bunny in 1963.

Gloria was the youngest of her parents, two daughters. She watched as her father, somewhat of an unsuccessful entrepreneur, struggle to care for his family. She learned many lessons from watching him. The biggest one was that men and women aren’t as different as people had taught her they were. She said,

“Against all he had been taught a man’s life should be, against all convention for raising children and especially little girls, he loved and honored me as a unique person…And that let me know that he and I — and men and women — are not opposites at all.”

This is a lesson that shaped how she viewed women’s right, but specifically, gender roles. She carried that lesson with her throughout her life, which she had to because when she was ten, her parents divorced. Gloria, her mother, and sister, Susanne, moved to California. She attended Smith College, known for being a women’s liberal arts school. However, something still seemed a miss. She didn’t feel like Smith College was indeed preparing her for the world, which was very conservative. It was also the end of WWII, and many men were returning from the United States Army and wanted jobs again- the same jobs American women had started to occupy in their absence.

In the late 1950s Gloria spent two years in India. There, in a Chester Bowles fellowship, she traveled and learned about the land reform movement. Many of her compatriots were Mahatma Gandhi supporters. This is where much of her basis for the women’s movement comes from. She said,

“I would have kept on believing that change begins at the top,” Steinem said of her experience. “Instead, I got to see for myself, that it is work done by activists, by people on the ground that prompts real change.”

Gloria Steinem working undercover as a playboy bunny for her essay 'A Bunny's Tale' published in Show magazine, 1963 #gloriasteinem

After seeing this, she returned to the united states and joined the Independence research Service, an org funded by the CIA. She received backlash for it later on but stood by her choices.

In 1962, the budding journalist that came to be known as Gloria Steinem had her break when she published a piece on contraception in Esquire magazine. Marrying her passions, she wrote laboriously on political and women issues while living in New York City. Her Esquire piece gave her a little bit of steam; her next idea was to take on the Playboy Bunny role undercover for Show magazine. Her expose entitled “A bunny’s tale” and it told the misogyny deep in the playboy mansion. This piece gave her the peoples ear

Following the Show magazine piece, she wrote for New York Magazine in a recurring column, Cosmopolitan, and the New York Times. She founded her magazine called MS. Magazine in 1972. Powerhouse female writers like Dorothy Pitman Hughes and Letty Cottin pOgrebin were apart of this women-centered project. Critics assumed the magazine would run for six months. Yet, it still runs today.

I was reluctant to speak at the Democratic Convention in 1972. But by the end, I had begun to learn how I myself could be more effective. I was learning that the best way to help was to influence the movements that embody the principles you believe in, and to use those movements to back the candidates who will deliver on those principles. Voting is not the most we can do to assert our influence, but it is certainly the least. There are less than 100 days until Election Day. Do you know about vote by mail? Find all the tools you need to request a #VoteByMail ballot and to encourage others to help make every last vote count @votesaveamerica. Link in bio.

When she got an abortion, at age 22, Steinem spoke candidly about it. Wanting women to know their options they had over their bodies. And she felt she wast takin responsibility for her life for the first time. She told the Guardian, “I think the person who said: ‘Honey, if men could get pregnant, abortion would be a sacrament’ was right”.

She found the National Women’s Political Caucus, which focused on the equal rights amendment (era) lead by Phyllis Schlafly leading toward the banning of gender discrimination towards women. She went so far as to testify in the congressional hearing for it.

For her works, she was called a “female chauvinist” and the like. She was also in a public feud with Betty Friedan, author of the feminine mystique. This is captured in the Hulu series Mrs. America starring Rose Byrne.

She has since written her memoir, “My Life on the Road”. Today she is 86 years old and continues to be a spokeswoman for women’s rights. Coming is a two biopic about her life, entitled The Glorias.

Watch: Why NASA Renamed Their Headquarters After Engineer Mary Jackso