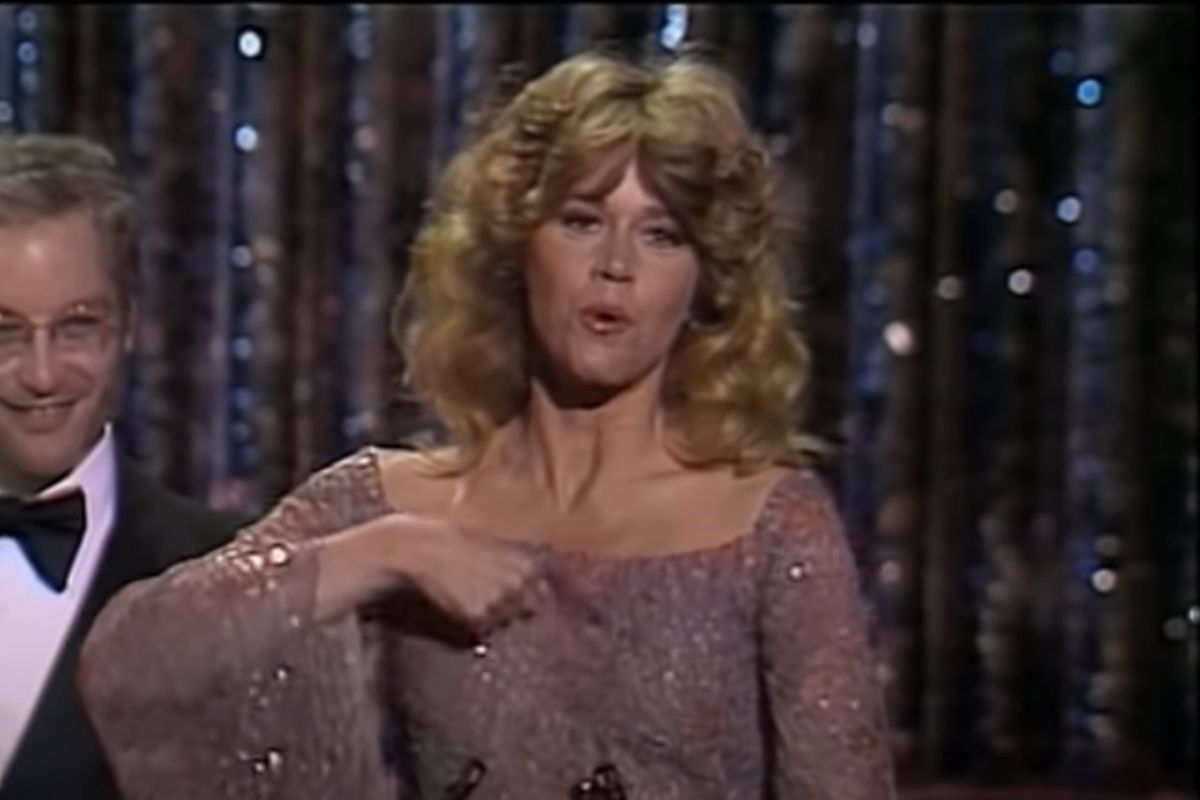 Hollywood actress Jane Fonda is the daughter of Hollywood actor Henry Fonda and grew up in the Hollywood bubble. She’s grown up in front of the world, starring in films from the ’60s to the present. From Klute, Barbarella, Barefoot in the Park, On Golden Pond, Monster In law, The China Syndrome, They Shoot Horses, Don’t They?, Tall Story, California Suite, and The Morning After. Her Netflix show Grace and Frankie stars her and Lily Tomlin, female rivals, whose husbands have ditched them…. for each other, later in life. The costars from 9 to 5 work again with each other to relearn life. While the show’s filming has been used due to the 2019 covid pandemic, it will resume in 2021.
Fonda has worked with many high-profile musicians, actors and has had many famous dating partners, including Tom Hayden, Warren Beatty, Robert Redford, and Roger Vadim. She’s since sworn off men but has had a fulfilling relational and sex life, she states.

At the 1979 Oscars, Fonda was awarded the Academy Award for Best Actress in a Leading Role for the 1978 release Coming Home. The film, co-starring Jon Voight and Bruce Dern were about a woman in a period of adjustment while her husband is on deployment and sees the struggles of Vietnam war veterans.
Coming Home was the first motion picture from Fonda’s production company and premiered at the 1978 Cannes Film Festival. It was the receiver of six golden globe nominees and won multiple Academy Awards, including best picture, best original screenplay, best actor, and best actress for Voight and Fonda.

After making a film exploring veterans’ difficulties and their struggles of varying degrees of PTSD, she brought a different yet similarly ostracized community: the deaf community to light on another stage. Fonda asked the Academy Award president if the awards ceremony would be closed-captioned for any hard hearing viewers. The president said no, nor would they. Feeling conviction and sympathy, she decided to take matters into her own hands. Fonda learned how to give her speech in American Sign Language (ASL) and gave her speech that way.

The actris is no stranger to helping change a movement, which she shows in her new book What Can I Do?: My Path from Climate Despair to Action that released in September. The biography is a call to action from Fonda, who is one of the most inspiring activists to date, during us to wake up to the disaster of climate change.

“What Can I Do?: My Path from Climate Despair to Action”