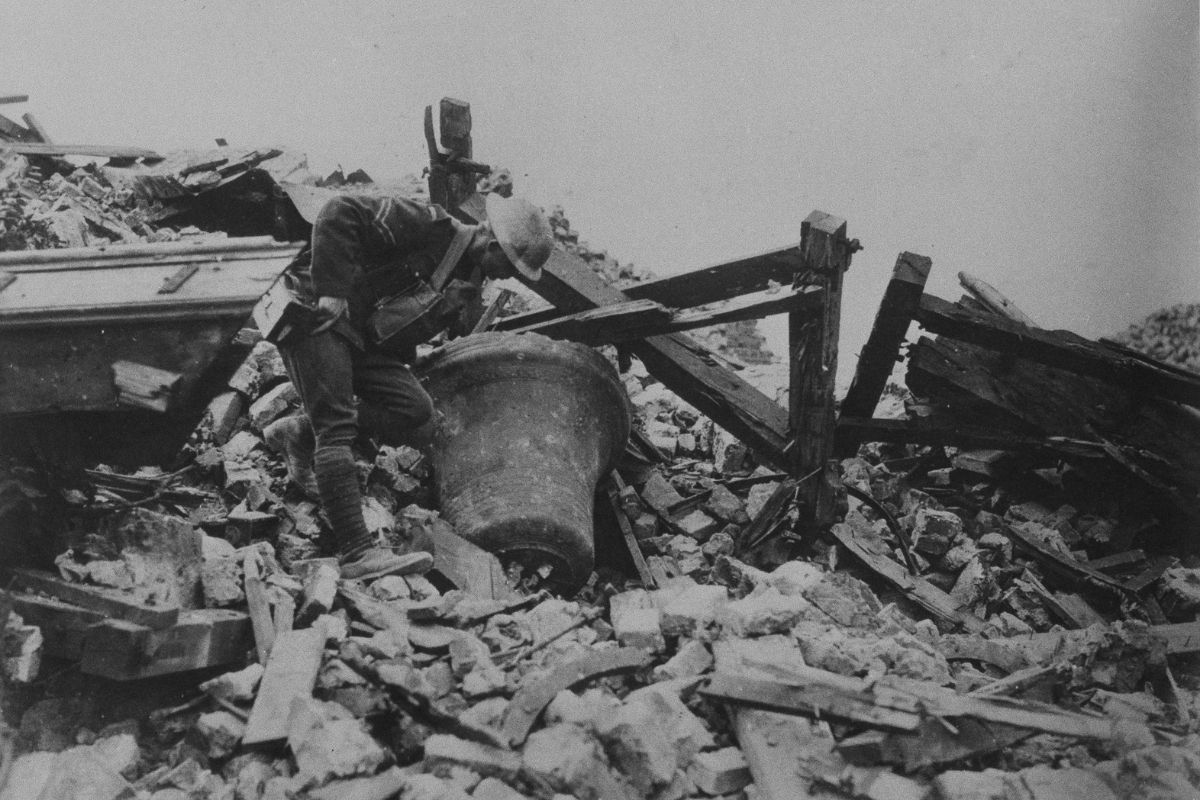 Did you know that the endlessly recreated Keep Calm and Carry On poster was designed by the British Ministry of Information in 1939? It was planned to roll out if the Nazis ever invaded England; 2,500,000 copies of Keep Calm and Carry On were produced that year. Thankfully, the British government never had to publicize this optimistic piece of propaganda. (Although that didn’t stop the design’s late commercialization in 2000, when an old copy was discovered by a bookshop owner in Northumberland, England.) But what turning point occurred in World War II that allowed Winston Churchill to not only scrap the Keep Calm posters, but inspired the country to ring out its church bells, nationwide?

Keep Calm And Carry On

After the Allied triumphs of Operation Torch in Algeria and the Second Battle of El Alamein in Egypt, the people of England realized that their Prime Minister Winston Churchill had a plan to beat Germany. There was a new spirit in the air when Churchill addressed the Lord Mayor?s Luncheon in London on November 10, 1942. He delivered these motivational words:

Henceforth Hitler?s Nazis will meet equally well armed, and perhaps better armed troops. Hence forth they will have to face in many theatres of war that superiority in the air which they have so often used without mercy against others, of which they boasted all round the world, and which they intended to use as an instrument for convincing all other peoples that all resistance to them was hopeless?”

On the following Sunday’s church services, on November 15, 1942, the whole country celebrated his message with a mass ringing of church bells. As the bells were meant to warn citizens of air raids or invasion by enemy troops, these bells had not been rung since 1940.

Church Bells on the Anniversary of WWII’s End

Winston Churchill: “Now We Are Masters of Our Fate”

The Role of Church Bells in Wartime

Famously, on May 8, 1945, the chime of church bells clanged far and wide celebrating of the end of the war across Allied nations. (This is known as VE Day: Victory Day in Europe)The commemorative peal of bells had not been heard in England since November 15, 1942. In general, the bells were intended to alert citizens of attacks by the Axis Powers throughout the war. But church bells also had another, darker wartime use.

Across Europe, tens of thousands of bells were melted down to become metal for guns and ammunition. This practice was also popular during World War I; 44% of Germany’s bells were lost and recycled during that period. During the First World War, German Deacon Karl Munzinger made this poetic statement about this violent manipulation: “[The bells] will speak a different language in the future. It goes against any feelings that they, who like no other preach peace and should heal wounded hearts, should tear apart bodies in gruesome murders and open wounds that will never heal.” In the place of those immersive church bells, handbells were rang by clergy.

Throughout the Second World War, Germany confiscated 175,000 bells from the bell towers of Christian churches around Europe. These were transported to bell cemeteries, Glockenfriedhöfe. There, in foundries, the instruments of the church were melted down to become bullets, casings, and other armaments. But as the tools and standards of war have advanced, tin and copper church bells are no longer useful for any militarized state. The bells that remain, especially in Europe, are reminders of a complicated past.

Watch: Gloria Steinem: From The CIA To ?The World?s Most Famous Feminist?