How Jimmy Fallon Blew His Chance to Date Nicole Kidman 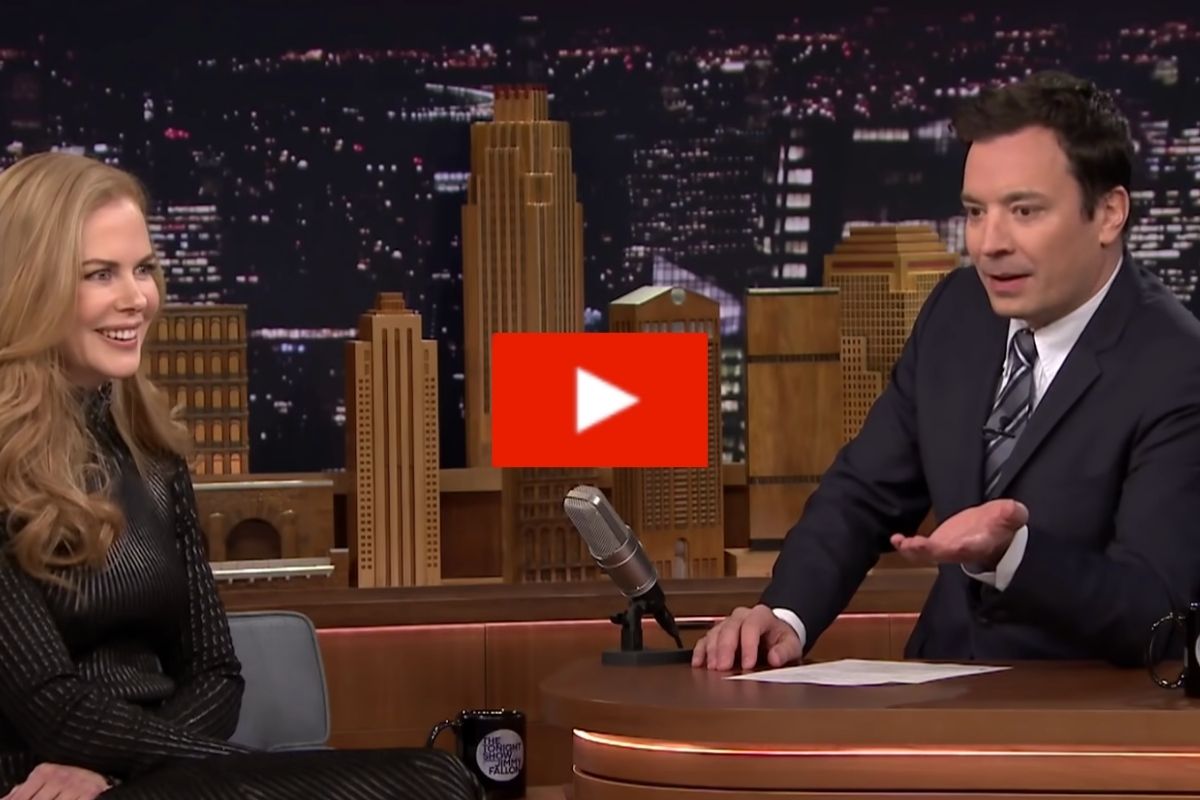 In 2002, Nicole Kidman was named People’s “Most Beautiful Person“. That same year, the actress was recently single, having divorced her ex-husband Tom Cruise the year before. And she had a crush on Jimmy Fallon.

It sounds like a dream come true for a young, up-and-coming comedian. But, as the two would later rehash on The Tonight Show Starring Jimmy Fallon, the opportunity totally went over the American talk-show host’s head.

During an interview on NBC’s The Tonight Show, Fallon and Kidman both retold their side of the story. It was the late-night host who brought it up, saying, “I don’t know if you remember this, but we’ve met before.”

“Oh, I remember,” replied the Moulin Rouge star, before agreeing to listen to his side of the story first.

“I’m walking down the street in New York City, and my friend Rick calls me and says, ‘Dude what are you doing?'” Fallon began. “He goes, ‘I have Nicole Kidman with me and she wants to meet you to be in Bewitched or something. I can be in your apartment in like 10 minutes.’ I go, ‘You’re going to bring Nicole Kidman over to my apartment? Okay. What do I do?’ He goes, ‘I don’t know. Just get some cheese and crackers or something.'”

According to Fallon, he panicked and ran down to the corner deli to pick up some brie. Looking back on the meeting, Fallon still couldn’t figure out why the dazzling Oscar-winning actress would want to meet him. “I was on Saturday Night Live or something. I don’t really remember what it was,” Kidman explained. “I just remember I really liked you…Our mutual friend was like, ‘Jimmy really wants to meet you. You can go over to his apartment.’ I’m single and I’m like, ‘Okay!'”

You can almost hear the record scratch in Fallon’s brain. “Wait, what??” he sputtered.

She continued the story, “So, I go over and you’re there in a baseball cap and, like—nothing. You wouldn’t talk. You didn’t say anything. You were like, ‘Hey, mmm, mmm, mmm!'”

“I didn’t know this was a thing!” Fallon moaned.

“It was like a hang,” Kidman said. “Then you put a video game on or something and I was like, ‘This is so bad.’ I swear! And you didn’t talk at all. So, after about an hour and I half I thought, ‘He has no interest, this is so embarrassing.’ So, I left, and went, ‘OK, no chemistry.’ And then I was like, ‘Maybe he’s gay!'”

“I am in shock right now,” Fallon marveled. “I can’t believe I dated Nicole Kidman.”

“You didn’t!” she insisted. After the big reveal, the two celebs valiantly tried to continue on with the interview — but kept going back to talking about their awkward date. “You made a much better decision,” Fallon eventually admitted. “Keith Urban is so much cooler than I am.”

He cringed. “I remember I got brie cheese…”

“…and corn chips and some old Chinese food,” Kidman chimed, also reminding him that he’d worn a “baseball hat and some sweats.”

Predictably, the clip of their awkward interview went viral, spreading across YouTube and social media like wildfire. The next year, Kidman returned to the show talk about the infamous late-night interview. The Australian actress teased that she hadn’t wanted to come back after the last year’s interview, insisting it was just to promote her new film, Lion.

But sure enough, their conversation returned to their romance that could have been. This time, Kidman revealed that Fallon had blown a second chance to ask her out. As she recounted, the two had both had been at a party at director David Fincher’s house. ‘It was when Brad [Pitt] and Jen [Aniston] were still together, so it was a long time ago,” she recalled. “And you could have asked for my number then… and you still didn’t ask for it.”

Things got even more uncomfortable when Kidman’s husband Keith Urban joined them on stage to sing “Dream Weaver”. Jimmy made it extra awkward by suggesting he’d come to their house for Thanksgiving. “Maybe if I’m in Nashville, I can stop by for dinner or something.” He suggested. “Just spit-ballin’.”

It was an awkward joke that refused to die. Later, Fallon revisited discussed the incident with Nicole’s good pal Naomi Watts, lamenting that she would have been the perfect wingman. But, as we know now, Fallon’s obliviousness ended up for the best. Kidman — who most recently starred in the HBO miniseries The Undoing — is happily married with four kids, and Fallon started a family of his own. As he explained on The Ellen Degeneres Show, missing his chance with Kidman allowed him to meet “the best wife in the world”, producer Nancy Juvonen.