Inside Johnny Depp and Amber Heard’s Messy and Scandalous Divorce 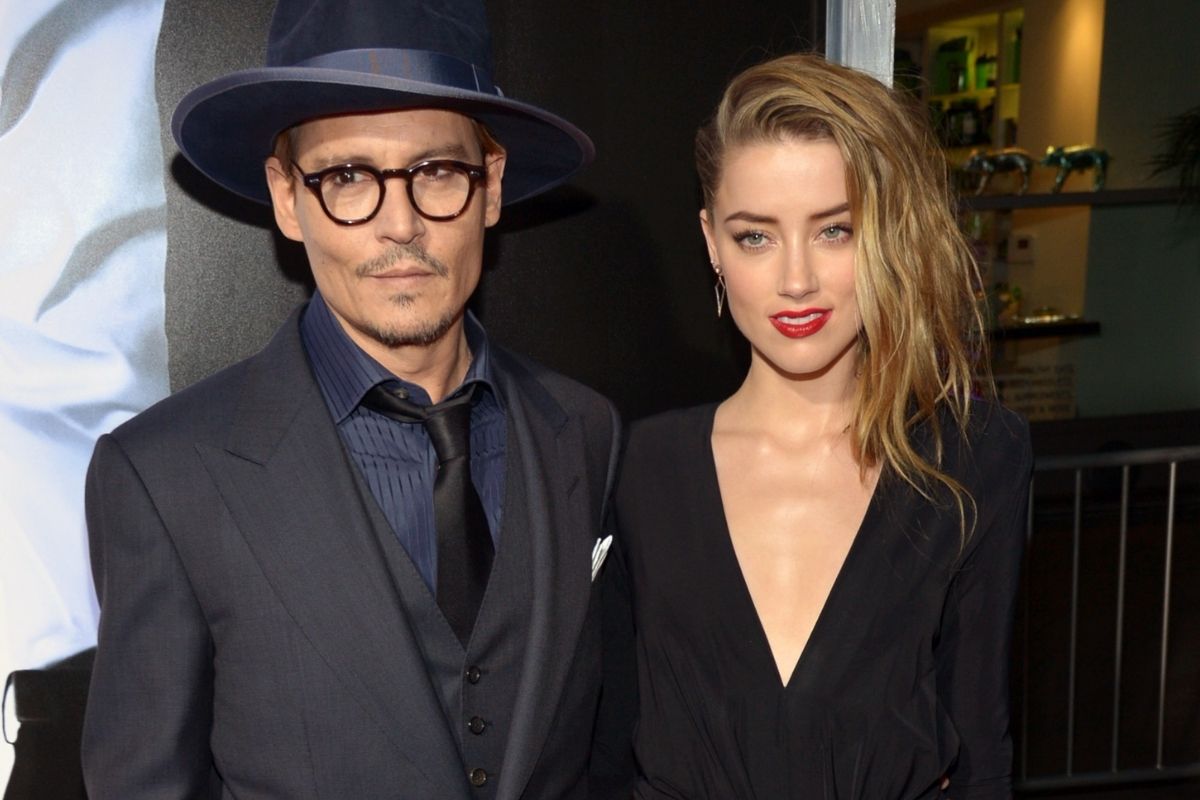 Messy, contentious divorces are par for the course in Hollywood, but the relationship and eventual separation of actor Johnny Depp and actress Amber Heard was a particularly shocking and wild ride. The couple met on the set of the 2011 movie The Rum Diary in which Heard played the loved interest of Depp. At that point, Johnny Depp had a nearly 30-year long career starting with his debut in 1984?s A Nightmare on Elm Street up to his successful run as Captain Jack Sparrow in the Pirates of the Caribbean franchise.

Amber Heard?s breakthrough after years of smaller roles on television and in the movies came with her lead in the 2006 horror movie All The Boys Love Mandy Lane, as reported by the IMDB. She went on to appear in a wide range of both big-budget and independent films, including Pineapple Express, Drive Angry, and Magic Mike XXL, and in 2017 joined the DC Extended Universe when she appeared as Mera, wife of Aquaman and queen of Atlantis in Justice League.

When Johnny Depp and Amber Heard met on the set of The Rum Diary in 2009, they had both been in past high-profile relationships. Depp had only been married once before in the early 1980s to make-up artist Lori Allison, but he?d been engaged to his Edward Scissorhands co-star actress Winona Ryder for years, infamously sporting a ?Winona Forever? tattoo in the 1990s that he had altered to read ?Wino Forever? after they broke up. A 3-year-long relationship with model Kate Moss followed. After their break up, Depp met actress and model Vanessa Paradis on the set of the movie The Ninth Gate and they embarked upon a 12-year-long relationship during which they had two children, Lily-Rose Depp and John Christopher Depp III. Their relationship ended in 2012, at which point Depp and Heard got together.

Amber Heard came out as queer at a GLAAD event in 2010, appearing on the red carpet with her then-partner photographer Tasya van Ree. In an interview with the website After Ellen, she stated ?I hate the idea of a label just as much as anyone else but I?m with who I?m with, I love who I love and I?m if not a better actress than I was yesterday and my personal life should have no effect on that.? Heard and van Ree?s relationship also ended in 2012.

Per Insider, Heard eventually wrote in a court filing that she and Depp had begun dating in late 2011 or early 2012. She was spotted wearing an engagement ring in 2014, and the couple married in 2015 in a small, private ceremony at their home.

Things got odd almost immediately. In May of 2015, the couple didn?t properly declare their tiny Yorkshire Terriers, Pistol and Boo, during a trip to Australia, which resulted in Depp and Heard recording a court-ordered video apology to the entire country of Australia in 2016, as reported by Business Insider. It was a preview of the bizarre legal mess to come.

In May of 2016, just a month after the apology video ran, Amber Heard filed for divorce from Johnny Depp and obtained a temporary restraining order from her husband, alleging ?that Depp had physically abused her during their relationship, and said it was usually while under the influence of drugs or alcohol,? per Insider. Depp’s lawyers responded that Heard was “attempting to secure a premature financial resolution by alleging abuse.” They reached a $7 million settlement after Heard withdrew her request for a domestic violence restraining order as well as $50,000 a month in spousal support. According to People magazine, Heard donated the $7 million to Children?s Hospital Los Angeles.

The exes released a joint statement reading in part: ?Our relationship was intensely passionate and at times volatile, but always bound by love. Neither party has made false accusations for financial gain. There was never any intent of physical or emotional harm.” Heard went on to date SpaceX founder Elon Musk for a year after her breakup with Depp, but they split due to their mutual “intense schedules.”

Per USA Today, in 2020 Johnny Depp filed a defamation lawsuit in London, England against the tabloid The Sun, News Group Newspapers, and executive editor Dan Wootton charging libel. After an announcement that Depp had been cast in the role of Dark Wizard Gellert Grindelwald in the 2016 Harry Potter prequel Fantastic Beasts and Where To Find Them, Wootton wrote a Sun column in 2018 with the headline ?GONE POTTY: How can JK Rowling be ‘genuinely happy’ casting wife-beater Johnny Depp in the new Fantastic Beasts film?” Depp claimed that not only did he not abuse Amber Heard during their relationship, but that she was the abuser, saying he told Heard several times that the marriage was “a crime scene waiting to happen.”

The wild details described before the court included testimony from a housekeeper who claimed to have found human feces in a bed after Heard?s 30th birthday party, to which Depp added he was ?convinced that it was either Ms. Heard herself or one of her (friends)? and quipped ?I thought that was an oddly fitting end to the relationship.? Depp went on to deny Heard?s claim that he?d ?subjected her to a ?three-day ordeal of assaults? in May of 2015 but admitted they?d had a fight ?which resulted in their rented house being trashed and Depp?s fingertip being severed to the bone.? Depp further admitted to having painted messages on a mirror with his own blood after the altercation. Both parties accused the other of drinking to excess and using cocaine and Heard accused Depp of ?dangling her teeny-tiny pooch [Pistol] out a car window and making “howling noises” as he was driving with Heard and others,? which Depp denied.

Despite the fact that both Winona Ryder and Vanessa Paradis submitted witness statements supporting Depp, he lost the libel case in November of 2020, as reported by CNN, with the UK High Court ruling in favor of the tabloid. Judge Andrew Nicol issued a 129-page statement declaring that The Sun?s claims had been proven to be ?substantially true.? Per Deadline, Depp was asked to resign from the third Fantastic Beasts film after losing the case; he will be replaced by actor Mads Mikkelsen. A request from Depp and his legal team to the Court of Appeal to appeal the High Court ruling was denied.

In 2019, Depp brought a $50 million defamation suit against Heard in Virginia state court after Heard wrote an op-ed for The Washington Post in December 2018 about being a victim of domestic abuse. She did not use Depp?s name in the op-ed, but according to Deadline, ?Depp alleged that the op-ed damaged his already tainted rep and cost him a well-paying gig in Disney?s planned Pirates of the Caribbean reboot.? The libel trial has been delayed repeatedly; it?s currently set to proceed in April of 2022.