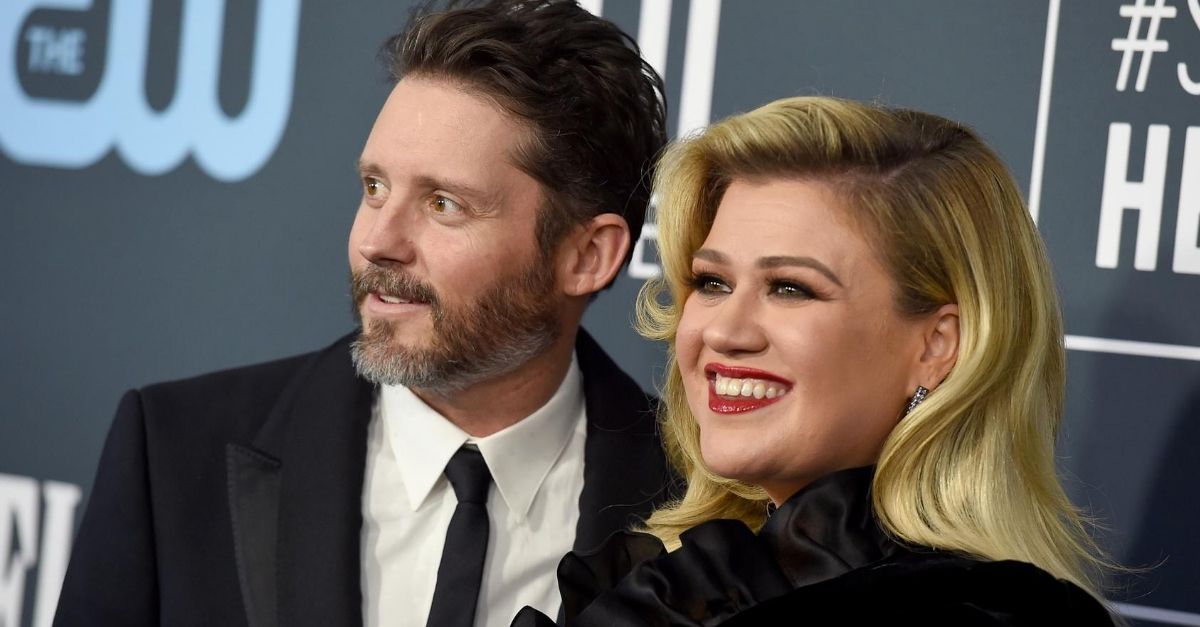 Kelly Clarkson has just announced that she is joining the ranks of many, many marriages- in divorce. After almost 7 years together, the American Idol winner and her husband have decided to call it quits. The two first met in 2006 when Clarkson was being managed by her husband’s father, Narvel Blackstock. Navel’s son, Brandon Blackstock was in the music management business, like his father. He and Clarkson met briefly at this time.

Clarkson has hinted that she had a thing for him pretty early on. However, nothing happened because at the time the two met, Brandon was still married to his first wife. Then, in 2012 when both Kelly Clarkson and Blake Shelton, who was managed by Brandon Blackstock, were both set to also perform at the Country Music Awards, guess who ran into each other? Congrats if you said ‘Kelly Clarkson and Brandon Blackstock’, and not ‘father and son Narvel and Brandon Blackstock’. Though, they probably did, too. Since Blackstock was finally single the two started seeing each other.

After a tickety slick romance of nine months, the two were moved in together. Rumors followed that they were engaged. However, they weren’t. Clarkson, in a talk show interview, said that she’s was confident that they would be together and was considerate of the fact that Blackstock had two children from his previous marriage. When the two had been living together for a little while, Blackstock quickly proposed and a wedding was held in October of 2013.

A marriage to Blackstock brought some famous people even closer than they already are living in their Hollywood bubble. This is the answer to that apparently often googled question: “Are Reba McEntire and Kelly Clarkson related”? Turns out the answer is not by blood. However, they are by marriage. Brandon Blackstock is the stepson of Reba Mcentire since she married Narvel Blackstock in 1989.

Happy Mamas Day to all of you out there!  I can’t wait to celebrate with some wine and some me time! Because I know this one looks a little different, I am partnering with Carter’s to host a virtual baby shower "ShowHER Love" for 100 incredible mamas and mamas-to-be!  Head over to showherlove.carters.com to enter for your chance to be a part of this celebration. @carters #showherlove #sponsored

Since, the marriage, Kelly and Brandon have since blended their families, to a family of four. Kelly Clarkson shares two kids from her soon-to-be-ex-husband Brandon Blackstock. As mentioned, he was married previously to Melissa Ashworth. Their two children are Savannah and Seth. The Clarkson-Blackstock children River Rose, who is five and Remington, 4 years old live with Savannah and Seth under the new marriage. Clarkson wants joint custody of the youngest two.

However, after Clarkson filed for divorce for the old trusty “irreconcilable differences”, things will be changing. No public statement has been made not has any concerning their children. Clarkson did file for joint custody when she filed her paperwork in Los Angeles.

Watch: It?s Official! This ?The Voice? Coach Is Getting Her Own Talk Show