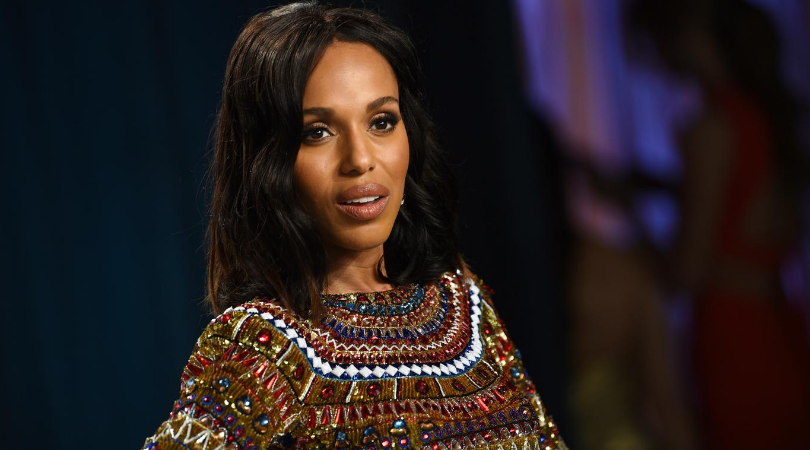 Kerry Washington is truly a force to recognize. She is graceful, talented, and giving. She has been nominated for various philanthropic awards such and is an Allstate Purple Purse Ambassador. In her work, she’s appeared on countless popular TV shows like Scandal, American Son, Little Fires Everywhere, and even a Broadway production of Scandal. She has received nominations for Golden Globe Awards, BET Awards, and Primetime Emmy Awards. But what many people do not know, because the star is deliberately tight-lipped about her private life, is that she is married and has three kids!

Kerry Washington’s husband is former NFL player Nnamdi Asomugha, who played for the San Francisco 49ers and Oakland Raiders. He and the Scandal star have been married since 2013. The A-list couple is in the camp of celebs that try to keep their personal lives just that. They have only been photographed together as a family a couple of times, including the Bronx Children’s Museum Gala in 2017.

Further, until recently, there were no photos of their children on the web or released to the public. He has been awarded multiple accolades. Jefferson Award for Public Service and NFL Players Association’s Man of the Year Award are just a few of the honors he’s received.

The Little Fires Everywhere (streamable on Hulu) actress is a mother of three. Her first two children were born while she was working on Scandal. If you watched the show, you might remember Olivia Pope rocking a baby bump for multiple seasons. She and her husband welcomed their first child in 2014. Their daughter Isabelle Amarachi Asomugha was born on April 21st. Her parents pulled form cultural and religious meaning for her name.

Isabelle’s middle name has Igbo roots. The Nigerian name means “God’s Grace”. The second child in the Asomugha family is Caleb. The couple’s second child Caleb Kelechi Asomugha was born in 2016 and is now three years old. Although she tries to keep her family life private, Washington did also share that she is co-parenting a third child from her husband’s previous relationship. A 14-year old daughter, who remains unnamed to the public. Like many parents, she tries to keep them from the social-media world, knowing. She told Instyle that These are their lives. But it’s not about pulling a Rapunzel and hiding them away in a castle from the world—we don’t want to do that”.