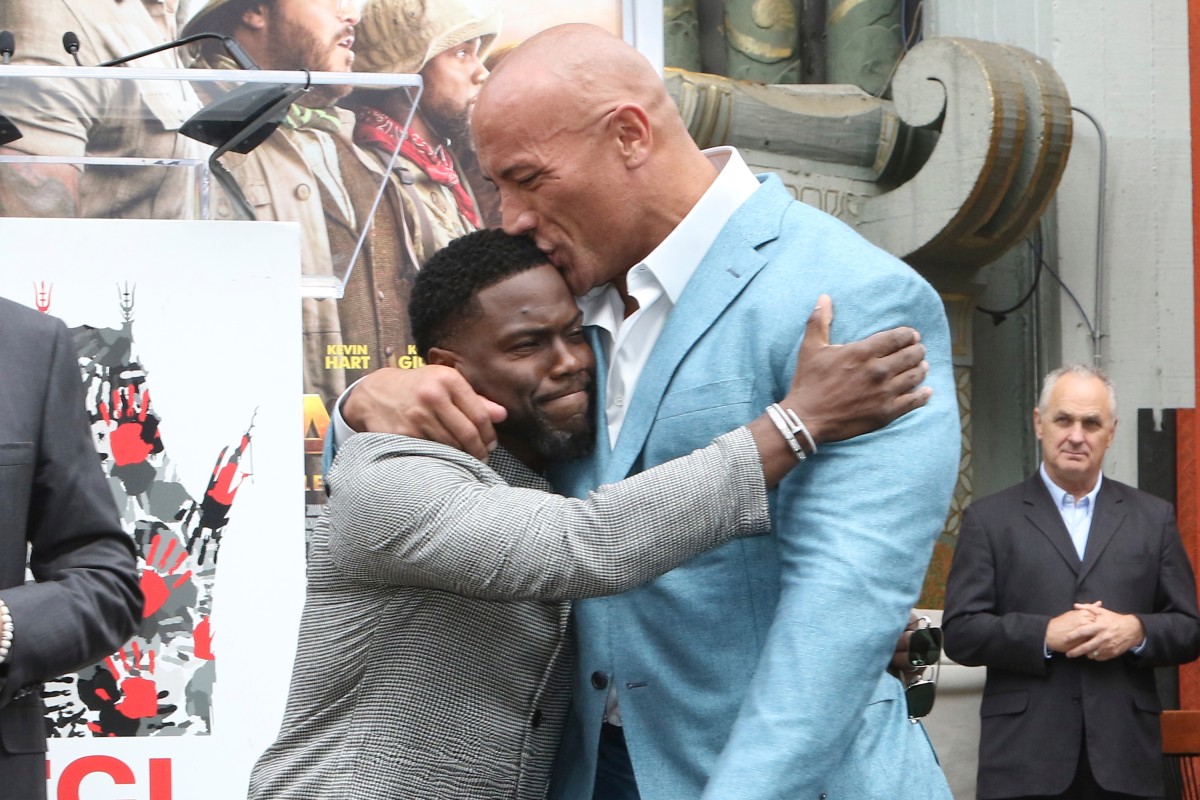 Anyone who doesn’t believe true love doesn’t exist should see the way Kevin Hart and Dwayne Johnson (aka ‘The Rock’) look at each other. Their bromance has traveled from the big screen to social media, with the two celebs cracking followers up with their constant trolling on different platforms. We pay homage to their friendship revisit some of the best social media between these two Hollywood homies in this article.

The Rock opened up about his unlikely friendship with his Jumanji co-star in an interview on Jimmy Kimmel Live!  The Rock visited the show to promote their most recent flick, Jumanji: The Next Level. which also stars Jack Black and Karen Gillan.  The sequel to the original Jumanji reboot takes place inside of a video game with The Rock as an avatar for Danny DeVito and Hart as an avatar for Danny Glover.

“It’s a real friendship, it was one that I didn’t anticipate,” the former WWE wrestler said. “Especially as you kind of get older in life, it’s not like in high school or college where you just have like a lot of best friends. No, he has become truly a great, great friend.” Their friendship began while shooting Central Intelligence, and continued to grow throughout the filming of Jumanji: Welcome to the Jungle and its sequel, as well as the Fast & Furious spin-off Hobbs & Shaw.

Johnson, who is currently in pre-production for the DC Comics movie Black Adam, also discussed Hart’s recent injury in a car crash. “As much sh*t as we give each other, he had a tough year,” Johnson said. “I’m so happy he’s back and he’s in the game and he’s feeling very good, very resilient. I’m very happy for him.”

When Kevin Hart Dressed up as The Rock for Halloween

A big part of their bromance? Trolling each other on social media. Our favorite social media moment has to be Hart’s post from last Halloween. Hart dressed up as Johnson as shown in his now-famous pic from the ’90s, which shows Johnson in a black turtleneck, gold chain, jeans, and a fanny pack.

Hart posted side-by-side photos of him and Johnson in the iconic outfit, captioning the post “This s**t makes me laugh. ?#NailedIt #HappyHalloween #PeepTheNapkinUnderMyElbow.? ?#NailedIt #HappyHalloween #PeepTheNapkinUnderMyElbow.? The Rock, for his part, has done his fair bit of internet trolling himself. One of his favorite bits is to post pics of him and his “son”, baby Kevin Hart.

Watch: Steve Irwin?s Son Freaks Kevin Hart Out So Much with His Animals, It?s Bust-a-Gut Hilarious