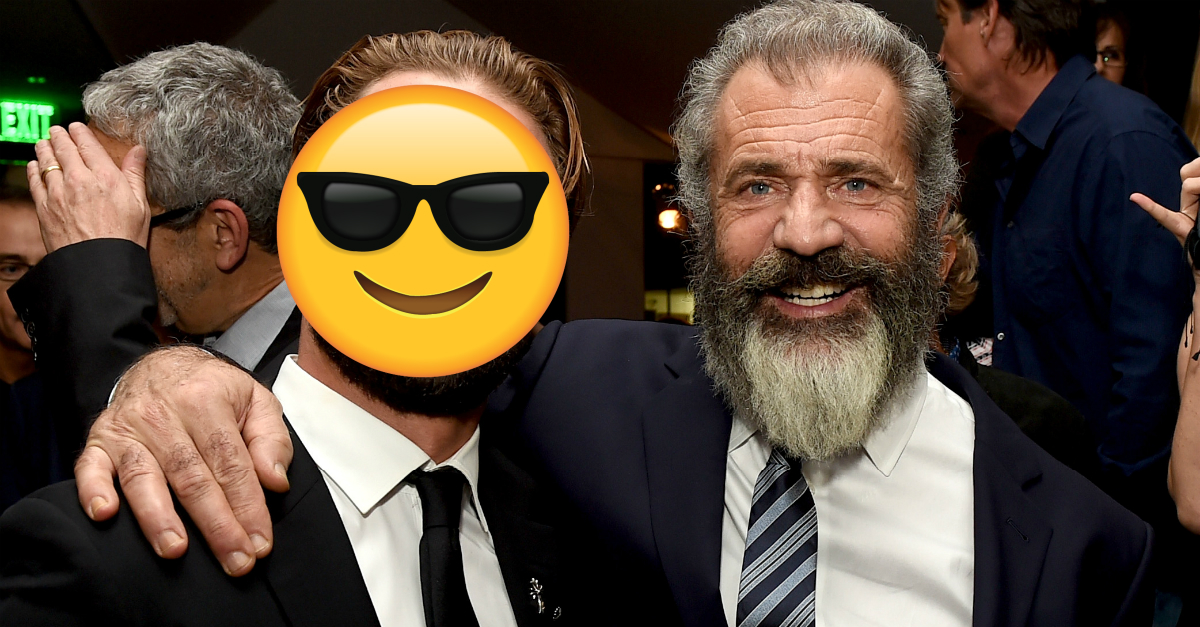 The sixth son of Aussie action hero Mel Gibson?s seven kids with ex-wife Robyn Denise, Milo really is chip off the old block. But he’s not content with looking just like his famous father: he wants to follow in his career footsteps too.

Milo Gibson’s first acting role was a small part in the critically acclaimed “Hacksaw Ridge,” which his dad directed. ?We had a lot of fun, but it was a professional relationship,? Milo told PEOPLE. ?It was amazing watching Mel direct; he?s pretty damn good at it.?

Back in May, W Magazine reported that Milo would be starring in “All the Devil’s Men,” which was filmed in London, and “Breaking & Exiting,” an indie film. But he told PEOPLE that it was “Gangster Land” that made him think of his father and his acting days.

“When I got offered the part, it was kind of a no-brainer,” Milo told PEOPLE. “I just thought it’d so much fun to jump into his shoes and be that kind of psychotic, nobody-can-touch-you type guy.”

Milo can currently be seen in “Gangster Land,” in which he plays notorious mobster Al Capone.

RELATED: Kate Hudson has another new ?do, and she?s asking if Leonardo DiCaprio wore it better

Earlier this year, it came to light that Milo’s controversial father was working to make up for his now-infamous anti-Semitic rant during his 2006 DUI arrest by quietly helping Holocaust survivors in the years since. The actor, who said, ?Jews are responsible for all the wars in the world? during the incident, has reportedly been working with the charity Survivor Mitzvah Project.

?Mel Gibson is helping Holocaust survivors in eight countries; it?s remarkable. I have a great respect for people who turn their lives around, and I think that everyone makes mistakes in life, and I think the real proof of what kind of human being you are is what you do with that mistake,? Zane Buzby, founder of the organization said. ?He?s educated himself. He?s done philanthropic work now, and I think that actions speak very loudly ? and his actions have helped a lot of people.?

A source close to the actor said Gibson has been working with Survivor Mitzvah Project for a few years now. The organization helps Holocaust survivors who are in need of food, medicine, shelter and ?some loving kindness.?