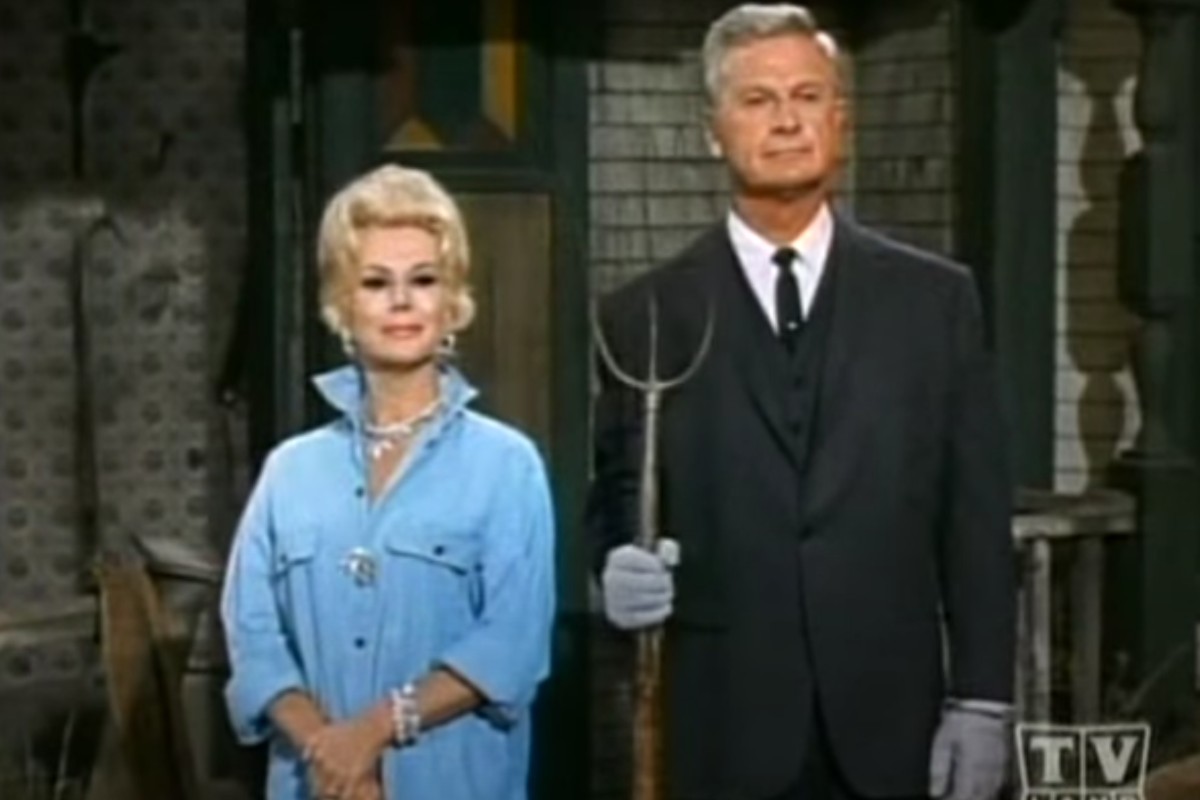 “Green Acres is the place to be,
Farm livin’ is the life for me!
Land spreadin’ out so far and wide,
Keep Manhattan, just give me that countryside!”

So began the theme song of Green Acres, that classic American TV show that ran between 1965 and 1971. The CBS TV series followed the adventures of a New York City attorney and his wife, who leave their Park Avenue apartment to try their hand at “farm livin‘” in the strange town of Hooterville.

For those of you who need a refresher, Green Acres followed the married couple Oliver Wendell Douglas (Eddie Albert) and socialite Lisa Douglas (Eva Gabor). Determined to escape the bustling city life and get some “fresh air”, Oliver buys a farm in small-town Hooterville, much to the devastation of his sophisticated, city-loving wife.

One of the things that made the sitcom especially unique was its theme song. When it aired in 1965, it was the first show to have its leading actors sing the theme. The number was written by composer Vic Mizzy, the mastermind behind The Addams Family theme song and the score of practically every Don Knotts movies.

“I just adore the penthouse view. Dah-ling, I love you, but give me Park Avenue!”

Part of the reason the theme song (and the whole show) worked so well can be attributed to the real-life chemistry between the two leading actors. Albert and Gabor — though not romantically involved — were reportedly quite close friends. When Gabor passed away in 1995, Albert was heartbroken.  Still, their chemistry lives on will live on familiar on the small screen and the hearts of American audiences. We’ll remember the acting duo fondly every time we hear that catchy intro….“Green Acres is the place to be, Farm livin’ is the life for me!”

Watch: Why Did the ?Jetsons? Theme Song Hit the Billboard Charts in 1986?