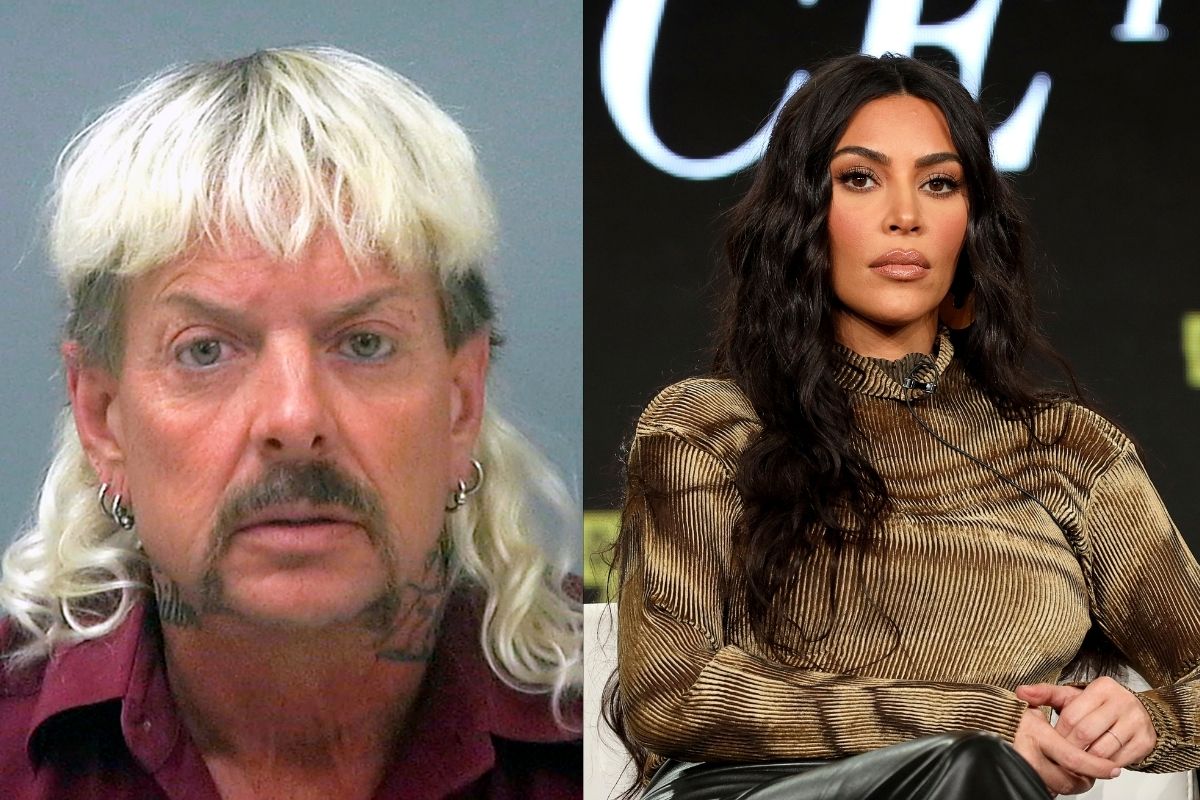 I might get criticized for this, but I really enjoy hearing the ridiculousness that goes on in the Hollywood celebrity world. I get it, these people are humans too, and maybe we shouldn’t put their lives under a microscope. But they are celebrities for a reason, and there are some ridiculous things that they get into that have every right to be judged. It is what it is.

Remember the Tiger King? Yes, his name is still making the headlines as Joe Exotic or real name Joseph Maldonado-Passage, the former zookeeper who was convicted for a failed murder-for-hire plot against rival Carole Baskin, the Big Cat Rescue activist who the general public believes she actually murdered her still currently missing husband, reportedly is hoping that Kim Kardashian West will advocate for his get-out-of-jail free card.

Exotic was first gained popularity when his Netflix docuseries Tiger King aired at the beginning of the COVID-19 pandemic, and while incarcerated, has recently sent a letter to Kardashian for her help in getting a presidential pardon from President Donald Trump. According to ET, he wrote, ?I know you have never met me and may never want to however I do believe that you hold the values of our justice system dear to your heart. Please help me by just taking 10 minutes out of your life and placing a call to President Trump to look at my 257 page pardon,? he wrote.

?It?s all the evidence I?m innocent and ask him to sign my pardon so I can return home to [my husband] Dillon [Passage] and my father. No one even has to know you did it,” although everyone now knows that he’s asked.

Exotic asked the Keeping Up With The Kardashians star specifically because back in 2018, she lobbied President Trump, “to grant clemency to Alice Marie Johnson, a grandmother who was serving a life sentence without parole for drug offenses,” according to the New York Post. And ever since then, the reality star has continued advocating for criminal justice reform, meeting with an Oklahoma death row inmate last month.

Kim Kardashian Dresses Up As Carole Baskin For Halloween

Apparently, Exotic’s reps have been already campaigning for a presidential pardon, reportedly spending $10,000 at Trump’s hotel in Washington, D.C. And Kardashian has shown love for the show, when she and her friend Jonathan Cheban were Baskin and Exotic for Halloween. We’re not sure if Kardashian has received Exotic’s letter, but he also sent a letter to Fox 23 in Oklahoma, begging Gov. Kevin Stitt to also advocate for him saying, ?I am not only asking President Trump for an immediate pardon, but I am asking Governor Stitt to place a call to President Trump and ask him to sign my pardon.”

Back in April, Trump did say he would ?take a look? at Exotic?s request.