Pentatonix Put Their Own Twist on This Ground-Breaking Queen Hit 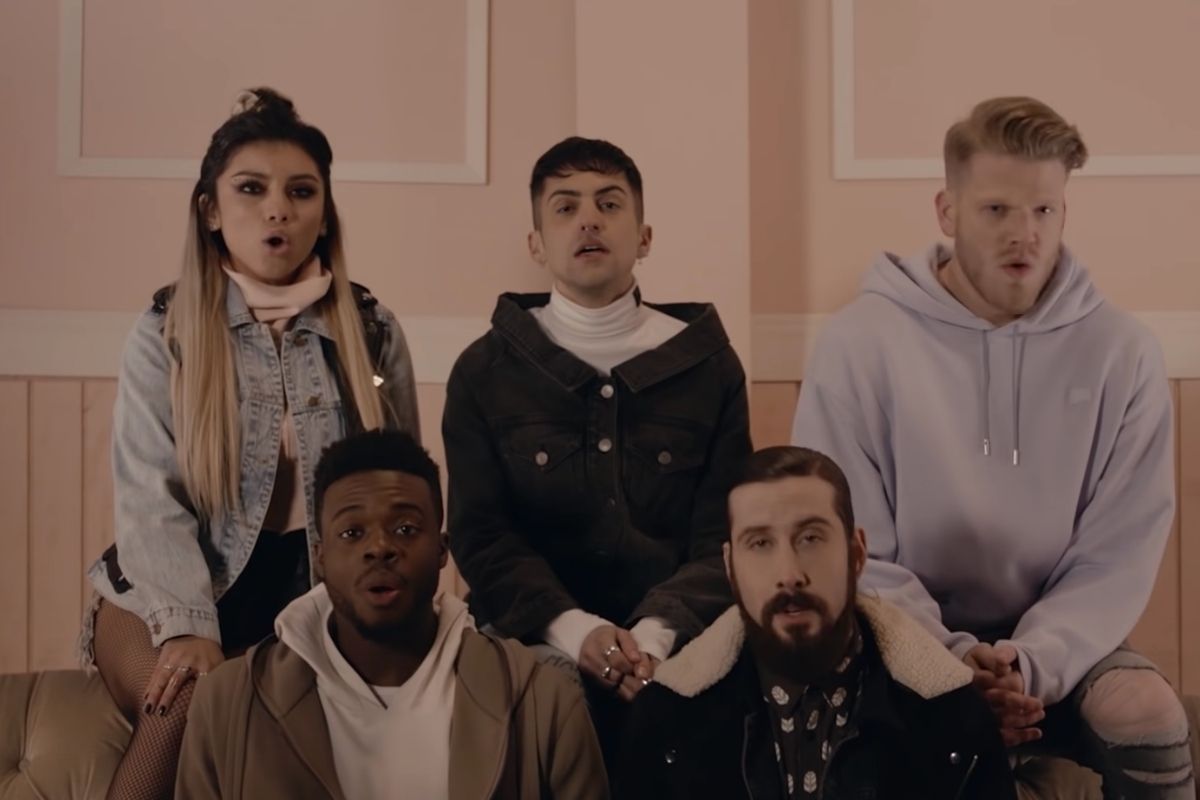 Pentatonix filled some big shoes with this specific cover: their own version of Queen’s “Bohemian Rhapsody.” The Arlington-based a cappella group, made up of Scott Hoying, Mitch Grassi, Kirstin Maldonado, Kevin Olusola, and at the time, Avi Kaplan, released the cover as part of their EP PTX Vol. IV Classics,” and we haven’t stopped listening to it yet.

Staying on par with Freddie Mercury is a challenge that no “Bohemian Rhapsody” singer has ever been able to fully master. The added layer of having to sing the medley of a ballad, rock and opera music incorporated into the song adds another level of difficulty, but Pentatonix successfully made the song their own. The accompanying music video was simple but within the group’s hauntingly beautiful style.

So far, the a capella group has covered a number of other classics, including “Over the Rainbow,” Dolly Parton’s “Jolene,” “Hallelujah, “Amazing Grace,” “Can’t Help Falling in Love,” and John Lennon’s “Imagine.” They’ve also covered all types of artists from Michael Jackson to Adele, and have also released many Christmas classics, their most famous cover being “The Little Drummer Boy.”

It takes major talent to be able to cover Queen the way this group did. There’s a reason why Freddie Mercury went down in history as iconically as he did. The versatility required to do this song right is not something that just any musician can match, much less an entire group of people. Nevertheless, covers like these are the reasons why Pentatonix can be respected so highly in the music industry- they successfully portrayed the extreme ranges necessary to fully encapsulate the entirety of the song, while adding their own unique creative spin to it, providing a fresh, but nostalgic, performance that can only be done by them.

Editor’s note: This article was originally published on April 8, 2017.