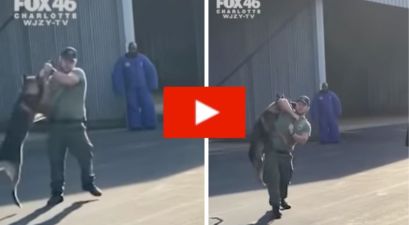 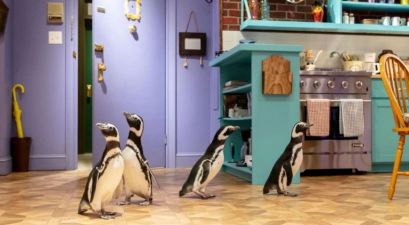 A couple, mid-jog at a national park in Thailand, got more than they bargained for when they stopped and tried to take a selfie with an elephant.

RELATED: This Java macaque is trying to ignore his marmoset friend, but love is already in the air

The massive elephant started chasing the couple in their attempt to get a photo with the pachyderm.

In a series of photos, the enraged elephant was seen chasing the duo. Another park visitor, Kamron Petprayoon, shot the crazy pics.

“I stopped my car and took photos of the elephant. Drivers of vehicles that followed me along the road spotted it also and refused to drive past it. So I led them past the elephant which appeared to pay no attention to us,” he wrote.

RELATED: A man driving a truck full of potatoes in India got a surprise visit from an elephant

Authorities at Khao Yai National Park in central Thailand are now cautioning visitors to keep a safe distance between themselves and animals.