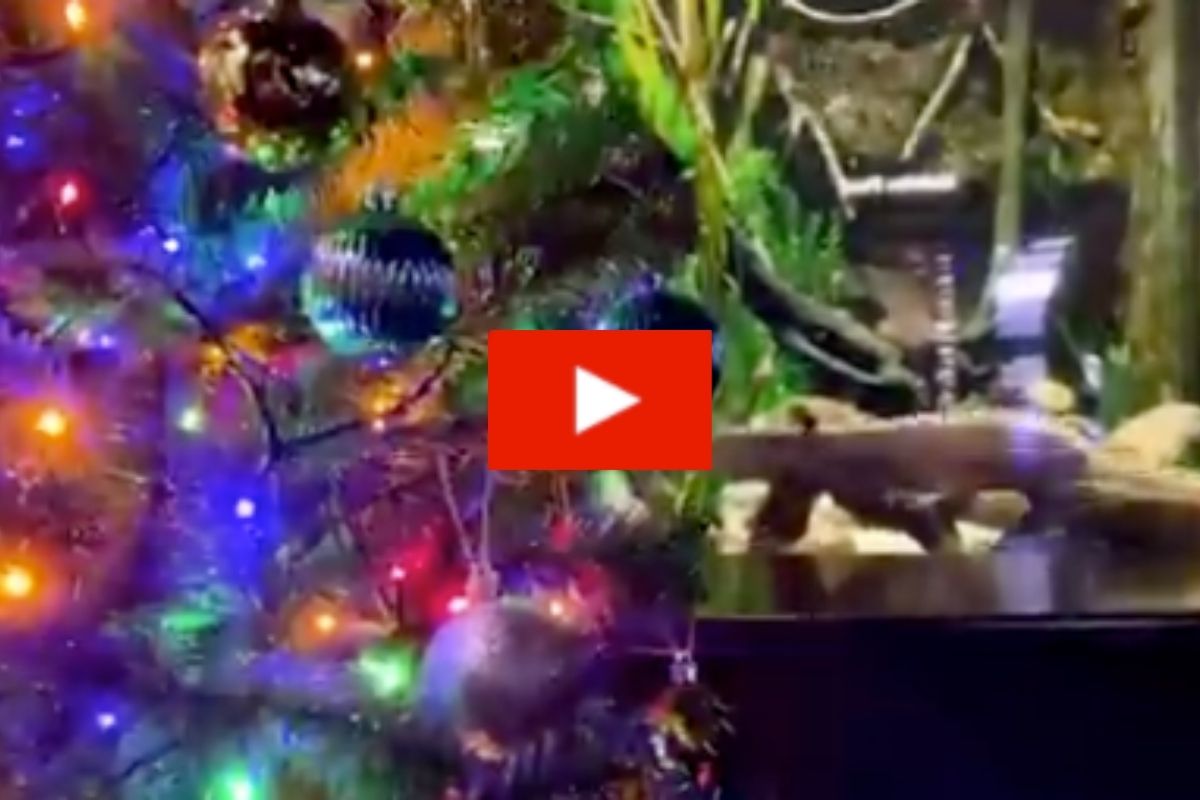 The Tennessee Aquarium in Chattanooga, Tennessee has what is easily the best wildlife related Christmas exhibit in the country this year. Your marching penguins can go march right into the mouth of a hungry orca. Turn whatever reindeer you were going to trot out into the sausage they should have been all along. And I think all the polar bears are dead already so they’re out anyway.

This year’s it’s all about an electric eel named Miguel Wattson who powers the lights on a Christmas tree with his electric body. Seriously, the eel’s bio-electricity powers the tree. Check out the videos from the Twitter account that Miguel (of course) has.

ICYMI, here's a video of yours truly attempting to use my discharges to power the lights on a Christmas tree. (SPOILER ALERT ::: Of course I pull it off. My phenomenal cosmic — well, bio-electric — power is basically limitless.) pic.twitter.com/g4r5JPHWoH

It’s a shame marijuana isn’t legal in Tennessee, because if it were the line would be out the door to watch this eel. It’s a great exhibit regardless of your inebriation level, but it’s also the type of thing a group of high college kids would sit in front of for four hours, jaws agape in a dumb, awstruck smile. Then all the aquarium would need to do is come around every thirty minutes with a pizza roll cart and boom they’d be funded for the next fifty years. What? That’s what observatories used to do with laser light shows. You think Laser Floyd was for learning? Everyone walked out of those with significantly fewer brain cells. But the vital public fount of knowledge made money. Those brain cells died so that other, younger, more promising brain cells could multiply.

Editor’s note: This article was originally published on December 4, 2019.