Man Swarmed by Raccoons While Trying to Feed Them 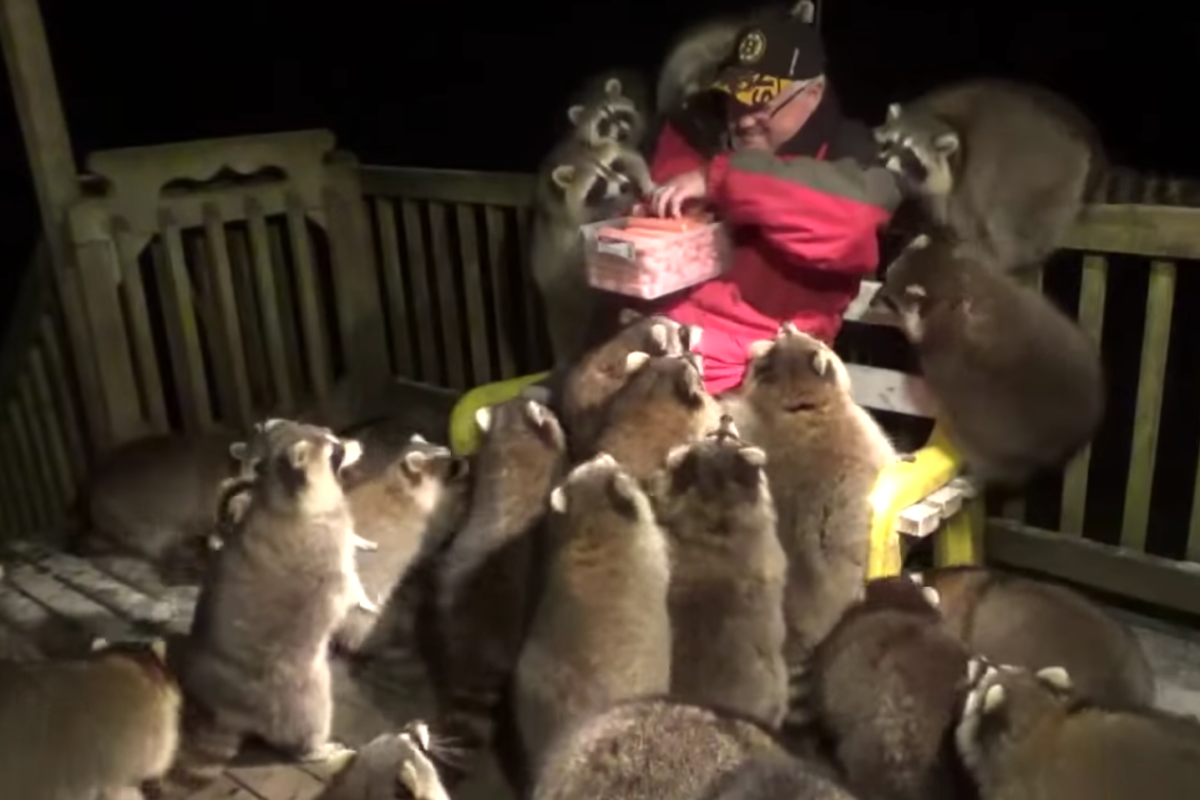 A Canadian man who runs a YouTube account about the orphaned baby raccoons he raises and then soft releases back into the wild posted a video of him being mobbed while feeding raccoons on a cold winter night.

Feed Raccoons at Your Own Peril

Actually, just don’t feed wild raccoons. Or any wild animals. This guy, James Blackwood, who describes himself as “The Raccoon Whisperer” on his YouTube channel seems to know what he’s doing but other homeowners probably not invite feral cats, bears, or other scavenging omnivores to turn their back porches. It’s a great way to get bitten and spread diseases. You want to be responsible for some new pandemic that kills a million people because you wanted to pet a raccoon? Didn’t think so.

But, again, Blackwood appears to know what he’s doing. As he explains on his YouTube, he is not the only food source for the critters. They have natural food sources in the wild (not sure if that means acorns or just other nearby trash cans and garbage cans and people that left pet food out).

These Young Raccoons are Hungry

These guys are all over Blackwood. It makes sense. They’re hungry and as Blackwood notes, it’s winter so available food isn’t as plentiful as it was when the weather was warmer. Still, part of me was waiting for these things to say “screw it” and just start tearing the guy apart. He would have died doing what he loved, at least. Feeding raccoons.

This is sweet of Blackwood though. No reason to let a bunch of orphaned raccoons starve to death or worse. Just a nice old guy making his corner of the world a little better.

Watch: Rhino Shows Off Strength by Obliterating Safari Car with Man Inside Driving