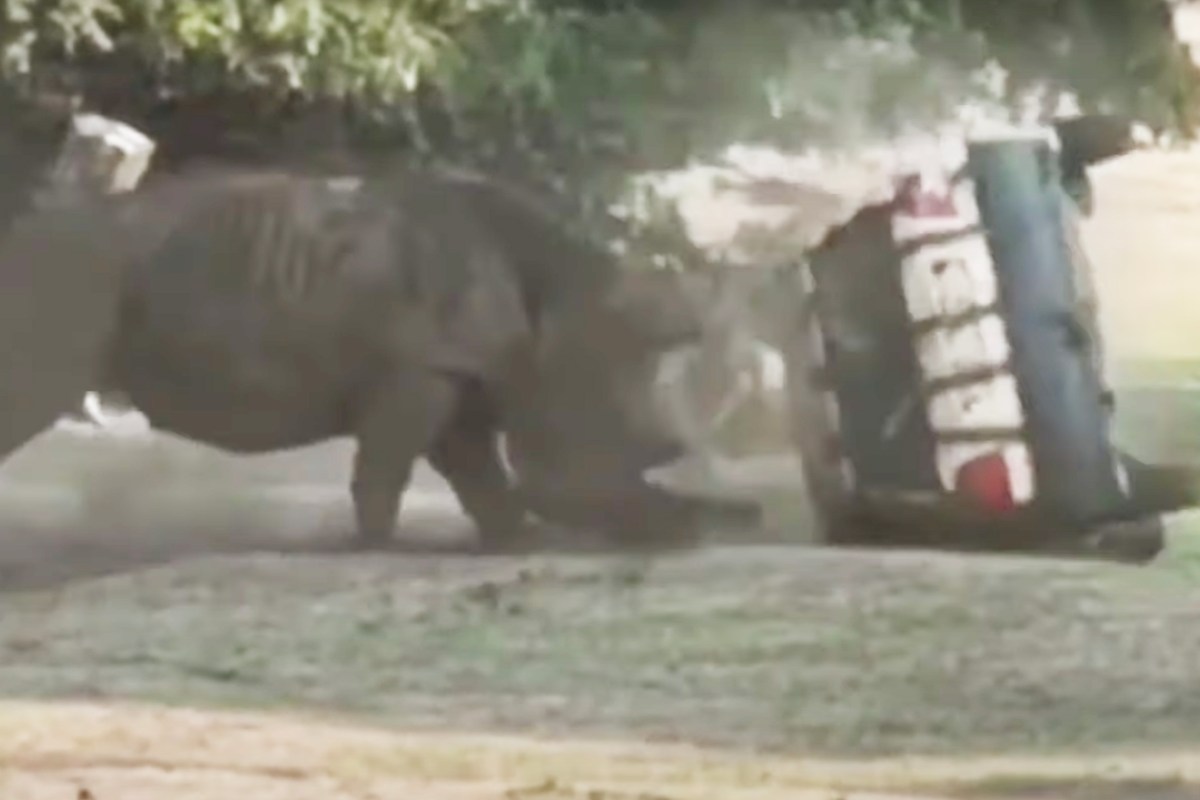 A rhinoceros at a the Serengeti Park in Hodenhagen, Germany demonstrated its ridiculous power by obliterating a safari car as it drove through the park.

An enraged rhino at a German Safari Park in the German state of Lower Saxony was caught on film taking out its frustrations on a zookeeper’s car and damn was it frustrated because that rhino turned the small hatchback into a crumpled empty soda can.

According to park manager Fabrizio Sepe, the 30-year-old rhino, Kusini, had been at the zoo for 18 months, for breeding purposes, when it decided toss the car around like a toy that it hated. Officials did say that Kusini had not adjusted well to life at the Serengeti Safari Park.

Rhino Flips Car and Somehow the Zookeeper Was Fine

At one point while watching this video I thought, “Did they purposely remotely pilot this car into the zoo environment for the rhino to, like, play with and beat up? There’s no way someone is in there. Right? The animal keeper’s car looks like it got hit by a train.

Turns out there was someone who works at the park was in the car and, for the most part, he ended up fine. Just a few bruises and maybe some serious dizziness. (No word on if he was covered in vomit and his own pee but… maybe?) What a trooper that guy is though. Let this be a lesson to all those park workers that the next time you drive into the rhino area maybe bring a heavy SUV instead of what thrifty Polish moms drive their kids to soccer practice in. That car seemed… ill-prepared for its environment.